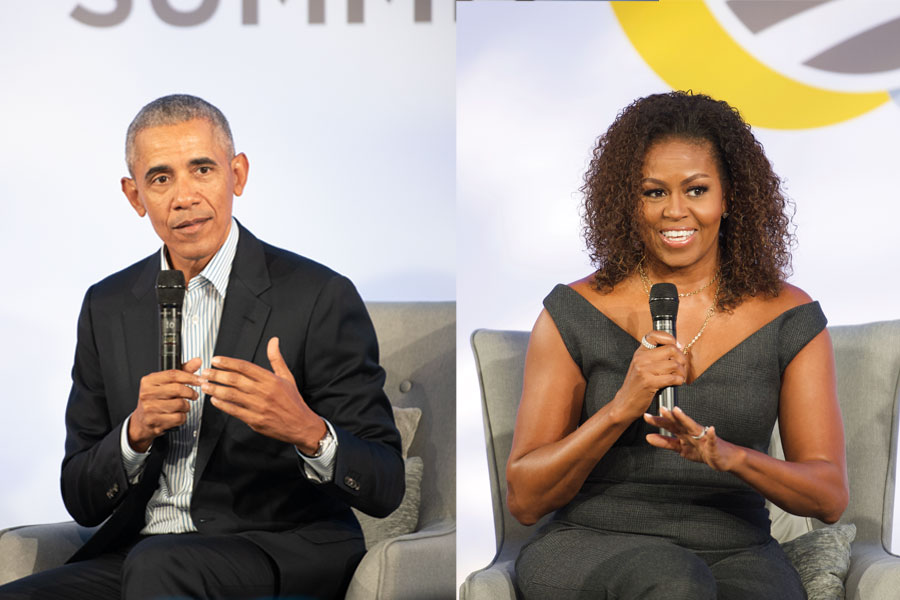 CHICAGO — When former first lady Michelle Obama and her family moved into the White House in 2009, they brought the South Side with them. Now, the Obamas are bringing the White House back to the South Side, with the third-annual Obama Foundation Summit and planned Obama Presidential Center.

“Our place had to be the place where I came of age and where Michelle was born and raised, and where our babies were born,” former president Barack Obama said at the summit. “We want (the center) to be a university for activism and social change and a convening place for re-imagining how we solve the problems that your generation will confront. This will be the beacon from which we are sending out a signal that the values we believe in are shared and that they’re strong.”

The main theme of this year’s summit was “Places Reveal Our Purpose,” and speakers addressed both their sense of home and belonging, as well as how they found their purpose in activism and storytelling. The summit Tuesday featured moderated conversations, presentations and breakout sessions from activists, politicians and foundation fellows at the Illinois Institute of Technology. 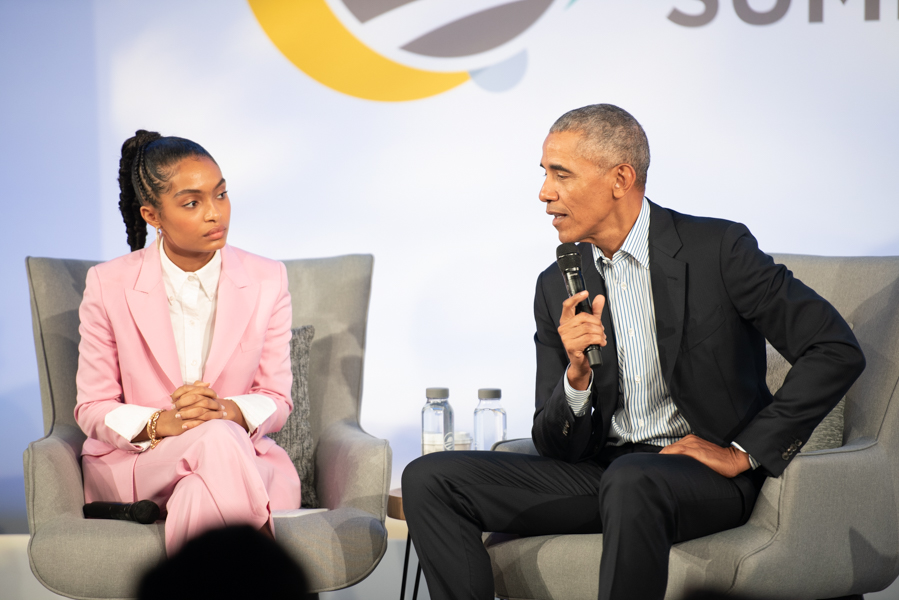 Michelle Obama reflects on her home

For most of Michelle Obama’s life, she was known as “Craig Robinson’s sister.” She grew up on the South Side as the younger of two siblings, and her brother was the popular one, the basketball player who went to Princeton.

She would follow him there herself and even end up in the same major — sociology. And though they didn’t spend all their time together, she said having the support of a family member at the Ivy League college helped her adjust to a new environment.

But now, the former first lady said with a smirk, “the tables have turned.”

Obama and her brother shared childhood memories and friendly teasing during the summit’s morning session, moderated by journalist Isabel Wilkerson. Growing up on the South Side, the siblings had parents who valued their education and provided a steady source of support. With hard work and good self-esteem, they said, everything was possible.

“We grew up with a lot of love, and not just symbolic love — the hold on tight, kill-a-man kind of love for your kids,” Obama said. “What our parents gave us was unconditional love and the notion that our voices matter.”

Obama said the conversations around the Robinson dinner table would often veer into deep discussions about systemic racism and being black in America. She described herself and Robinson as “mini-sociologists sitting on 74th and Euclid,” the address of their childhood home.

Obama and Robinson said their parents and their community on the South Side gave them the foundation they needed to go out and lead their lives. Their identities shaped them, the siblings said, and empowered them to bring their stories with them — of what it’s like to be black kids from the South Side — and not apologize for it or change it.

“You have a responsibility to bring that with you, especially when you’re the first, because many people don’t know our stories,” Obama said.“Being the first black first family gave the world and America an opportunity to see the truth of who we are as black people, as ‘others.’ … Our challenge is not to ever lose sight of that truth.”

Obama’s continued dedication to the South Side is evident in the foundation’s deliberate choice to reinvest in the area through the Obama Presidential Center. She said the library and its surrounding facilities will create jobs and become a hub for community activism.

After eight years in the White House alongside her husband, Obama has paved her own legacy. Now, it’s Robinson who most often gets recognized as “Michelle Obama’s brother,” and he said that it took him until right before the 2008 election to truly believe that “my sister is married to the guy who’s going to be the next President of the United States.”

On Tuesday, Obama took one look at her brother and laughed.

Though Barack Obama was born in Hawaii, he got his start as a community activist in Chicago. He, along with actress and activist, Yara Shahidi, spoke with four Obama Foundation fellows about their individual paths to activism and finding purpose.

What’s crucial for anyone starting out, Obama said, is figuring out what you want to do, rather than who you want to be. If your goal is to become a member of Congress, for example, what drives your work will largely be self-serving to set you down a path of success, he said.

“It’s this constant of fine-tuning — of matching your values, your actions and your impact,” he said, “and that takes time.”

But it’s those who find what they want to do — like improving access to education or women’s health — and then build their career through helping people in whatever way possible, who find real success and fulfilment in activism.

Still, Obama urged young activists to be patient during their journeys and not to expect to have it all figured out immediately.

Shahidi addressed the power structures inherent in society and how activism can operate within them while also seeking to dismantle them. Obama said it’s important to balance the traditional notions of success with the ideals of activism and find a way to work within the system.

It’s impossible to remake society in an instant, he said, so it’s necessary to be flexible in order to achieve your goal. Still, he reminded attendees to ask themselves whether they are part of the problem or the solution they’re working toward.

“There’s this idea of purity and that you’re never compromised and you’re always politically woke,” he said. “You should get over that pretty quickly. The world is messy; there are ambiguities. If all you’re doing is casting stones, you’re probably not going to get that far. That’s easy to do.”

As Obama reflected on historic activism — like the civil rights movement and Dr. Martin Luther King’s legacy of nonviolent resistance — he offered words of reassurance to young activists today. Social change doesn’t occur overnight, he said, so it’s important to remember that the work happening “in this place and at this moment” is not likely to mark the beginning or end of a movement.

Rather, activism is a gradual process, he said. As long as the work is helping people and moving the proverbial needle a fraction of a degree further, it’s valued and important and contributes to the bigger whole.

“You’re part of that continuum,” Obama said. “The good news is that when you start feeling that you’re a part of something larger…you don’t feel as alone.”