Women’s Soccer: Wildcats fall to Wisconsin, may not qualify for Big Ten Tournament 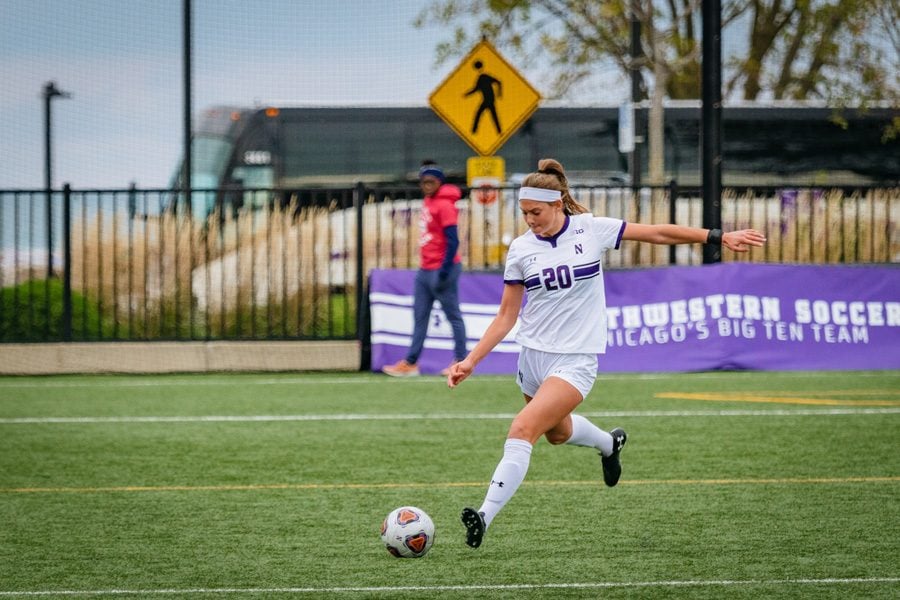 For the second year in a row, Northwestern could miss the Big Ten Tournament.

Heading into Sunday’s game at Martin Stadium, the Wildcats sat in eighth place in the conference standings, and a win over Wisconsin would have bolstered their chances of making the tournament. However, the Badgers (13-2-2, 9-0-1 Big Ten) defeated NU 3-1, claiming the Big Ten regular season champion title and further hurting the Cats’ (5-10-3, 3-6-2) postseason chances.

NU must wait for the results of next week’s matchups to see if it will finish in the top eight of the standings and qualify for the tournament. If Wisconsin beats or ties Ohio State and if Michigan State can beat Indiana on Wednesday, then the Cats will make the tournament. Otherwise, this will be the second consecutive year that NU fails to qualify.

The Cats had many offensive chances at the start of Sunday’s game, including two corner kicks within the first five minutes of the match. NU couldn’t convert on either of them, but despite the Cats’ failure to score, they continued to push upfield and pressure the Badgers’ defense.

“We shocked them when we came out in the first few minutes because they weren’t expecting us to be so aggressive,” junior forward Nia Harris said.

The energetic start hit a roadblock when Wisconsin forward Dani Rhodes scored in the 16th minute. Badgers goalie Jordyn Bloomer punted the ball down the field, which Rhodes eventually settled before dribbling past the defense and sliding the ball past sophomore goalie Mackenzie Wood.

The Cats continued to attack, however, and in the 23rd minute, freshman defender Reilly Riggs scored the equalizer off a corner kick. Riggs headed the ball into the top left corner of the net, earning her second career goal for NU.

“(Freshman midfielder Lily Gilbertson) served it right to the back post, and it went over the head of the girl who was man-marking me,” Riggs said. “(Wisconsin) only had two people zoning and the rest man-marked, so we tried to pull them out of position.”

For the rest of the half, Wisconsin controlled most of the possession. The Cats held off the Badgers’ offense until the 44th minute, when defender Claire Shea struck the ball from 40 yards out. The ball hit the underside of the crossbar, hitting the turf and bouncing into the arms of Wood.

It was not ruled a goal on the field. But after review, the referee reversed the call, declaring that the ball bounced over the goal line — a similar outcome to Minnesota’s sole goal against the Cats on Thursday.

Forward Jenna Kiraly later sealed Wisconsin’s win by tapping in a free kick that deflected off several players in front of the goal in the 75th minute.

Despite the loss, coach Michael Moynihan said the team performed better against the Badgers than the Golden Gophers.

“We really hammered them on things we have control over: our effort, our focus, our organization on things and our execution,” Moynihan said. “Those are all the things I thought by in large we did pretty well today. We just made a couple of unfortunate errors.”