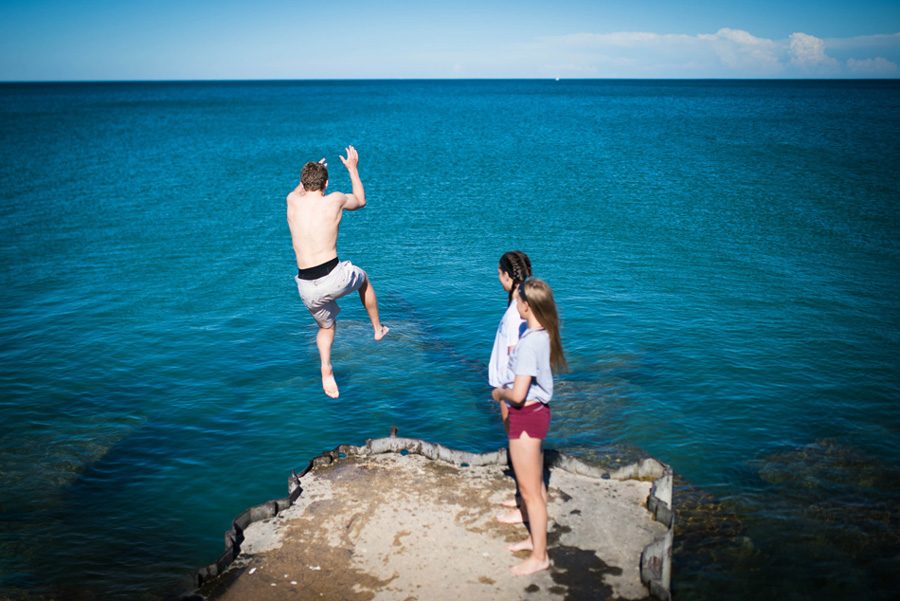 “Survivor,” the hit 39-day reality TV show, has inspired many imitations on Big Ten college campuses. For the first time ever, Communication senior Chase Reed is bringing the contest to Northwestern.

In Northwestern’s rendition, Reed said he’s looking for undergraduate contestants from “all walks of life with beaming personalities and charisma.” As a follow-up to the online application, Reed is in the process of reviewing video submissions and in-person interviews.

Reed noted the importance of a contestant having their head in the game.

The RTVF senior said Northwestern contestants have the potential to meet new people and create meaningful friendships through the game — and create lasting memories following graduation.

Reed said he’ll film during Winter and Spring Quarter of this school year. Similar to the TV show, this Survivor will have a pre- and post-merge phase. In the pre-merge phase, from Jan. 10 to Feb. 23, players will be divided up into “tribes,” and those tribes will compete in challenges against each other.

Each week, there will be an immunity challenge, and whichever tribe loses the challenge will have to go to tribal council — where someone will be voted off. When the ranks thin down to just a few people, the tribes will integrate into one, each member competing against one another in the post-merge portion of the game, from Apr. 3 to May 14.

From there, each person eliminated will become part of the jury who will decide between the last two or three remaining contestants who will be the ultimate winner.

Fans of the show and competitive people are encouraged to apply, as Survivor fan and McCormick freshman Nathan Arnold did. Arnold mentioned great memories of his whole family gathered around the TV on Saturday nights watching each new “Survivor “episode.

“My family would always say, ‘Oh, one of us could do that!’ But nobody ever actually wanted to go and try out for it themselves,” Arnold said. “So getting an option like this to do it would be amazing.”

Arnold says he is most looking forward to the chance to meet new people, as being in McCormick with classes mainly on North Campus means he rarely visits South Campus.

Survivor NU will take contestants all over campus, with challenges based on campus landmarks like the Rock and the Lakefill, Reed said.

Reed is planning to film the challenges and tribal councils, while contestants will film all other game talk, alliance building, searching for immunity idols and confessionals and send them to Reed.

Reed said Survivor NU will be a socially and physically competitive game. Everyone will be vying for the grand prize and the title of sole survivor. However, Reed said he expects some social and competitive challenges.

That’s the aspect of the game that makes Arnold nervous, he said. Though blindsides and betrayals are often the juiciest parts of the show, he says he can’t imagine NU students getting that competitive.

“I’m really scared if alliances will form, and (I’ll) be targeted out immediately,” Arnold said.

The rivalries and betrayals expected from the original aren’t discouraged in Survivor NU, but Reed noted that it’s not the name of the game.

“You can definitely play Survivor and not be a snake,” he said, “But, blindsides happen.”

Arnold, like many other aspiring contestants, is hoping he can be named Sole Survivor.

“Everybody’s at least a little bit excited about the cash prize,” he said. “Just being able to play the game, being apart of that is going to be very fun.”