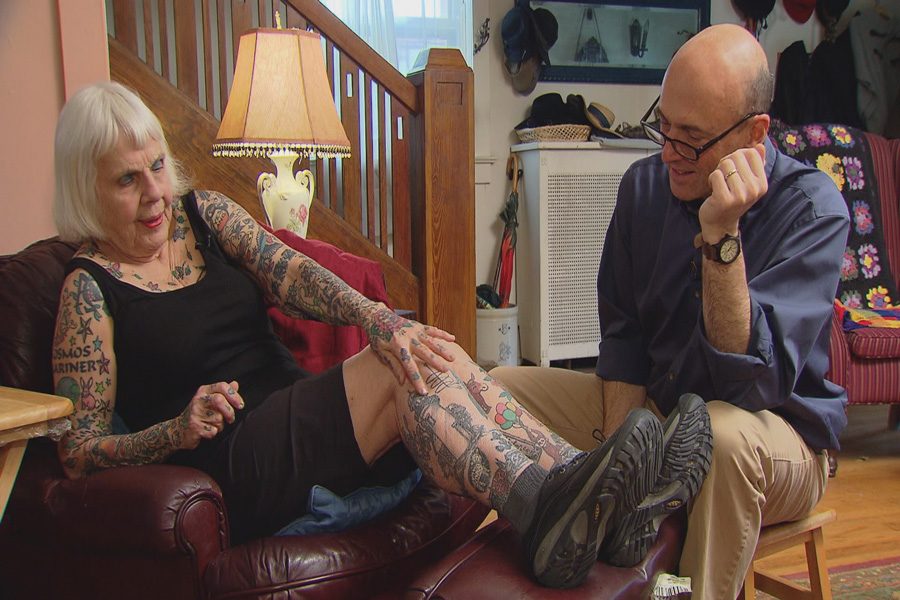 Jay Shefsky. Shefsky, who has hosted his own WTTW show since 2010, will be presenting segments from the show at Studio5 in Evanston this weekend.

For almost 10 years, Evanston resident Jay Shefsky has profiled ordinary Chicago residents with extraordinary passions. As host of WTTW’s “Jay’s Chicago,” Shefsky created hundreds of short-form documentary pieces about people living in the Chicago area. This weekend, Shefsky will host a special event at Studio5 in Evanston, where he’ll discuss his favorite segments from “Jay’s Chicago”. Ahead of the opening, The Daily Northwestern chatted with Shefsky about the stories and the people he’s encountered.

The Daily: You’ve worked at WTTW since 1986. How did you get your start?
Shefsky: When I started in 1986, I started totally entry-level. I was very interested in documentaries and kind of attached myself to the guy who was doing a lot of documentaries. I was his associate producer. Then what I did for a long time was make documentaries myself, for Channel 11. My whole career has been at WTTW. I can’t imagine a better place that I could have landed. I grew up in Chicago, and to be able to spend my career telling stories about Chicago has been just a real pleasure for me.

The Daily: What made you switch to short-form storytelling, first as a producer on “Chicago Tonight” in 2005, then as host of “Jay’s Chicago” in 2010?
Shefsky: To be honest, at first I thought, “I want to make documentaries. Why are they making me do these short things?” But it was one of the best things that could have happened. I really love doing these shorter profiles and getting to know so many different people. I mean, I’ve done hundreds of stories at this point. And to get to know so many different fascinating people around Chicago and be able to tell their stories has been so satisfying.

The Daily: In “Jay’s Chicago,” you profile residents of the city about their passions. What do you look for in the stories you cover?
Shefsky: I like stories that are surprising. I’m definitely drawn to stories about people who are just trying to make the world better, trying to have an impact on the world in small ways or in big ways. I did a story about a guy who spent time in prison for a murder. While he was in prison, he got into yoga. And when he got out of prison, he started teaching yoga on the west side of Chicago. He said, “Gosh, I used to always think that yoga was just a thing for rich white ladies.” So that was both surprising because you don’t expect an ex-con to be teaching yoga. He was just trying to have this impact on his community.

The Daily: How do approach each episode, and what do you do to help the people you’re profiling show their best selves?
Shefsky: I just want them to be themselves. From the first phone conversation, I want them to know that I’m going to treat their story with respect. During an interview, I almost never have a list of questions out in front of me. It’s in my pocket. Having it out makes everything more formal, and I try to make it feel as much as possible like a conversation. I always have a decision to make about how to use myself in the stories. There are some where I’m on camera, reacting to whatever the subject is showing me, and there are other stories where that’s going to be an intrusion.

The Daily: What can we expect from your upcoming live show at Studio5?
Shefsky: I’ve selected a bunch of my favorite stories to show on a big screen. Usually I watch them at home on my couch with my wife, so to be able to watch them with an audience, that’ll be fun for me, selfishly. I’m going to talk a bit about some behind the scenes stories. I’ve chosen a range of stories, from an 80-something-year-old woman who got her first tattoo at age 75, to a guy who has been a Neo-Nazi in his teens and is now helping to get young people out of hate groups.

The Daily: Do you have an all-time favorite segment from your show?
Shefsky: I have a couple of favorites. I did a story not too long ago about a woman who’s 102 years old, and for 70 years, she was a working pianist in Chicago. And she, at 102, is still playing the piano, still delightful and still a wonderful storyteller. There’s also a story that I love about two of the elder statesmen of Irish music in Chicago. One was in his 80s. One was in his early 90s. I get a lot of stories about older people. When someone has devoted their whole life to something, whether it’s being a pianist, an Irish musician or a painter. There’s something that I just love, honoring their life’s work by featuring them on television when people haven’t heard of them.

The Daily: What does your series reveal about Chicago?
Shefsky: I came to this because of an assumption that there are a lot of great stories in Chicago and a lot of people doing amazing work that we never hear about. I’ve devoted my career to that assumption, that somebody doesn’t need to be featured at the Art Institute, or The Auditorium Theater to be talented or to have something that the rest of us can learn from. That’s what I’ve always wanted this show to be. I certainly will never run out of story possibilities in Chicago.