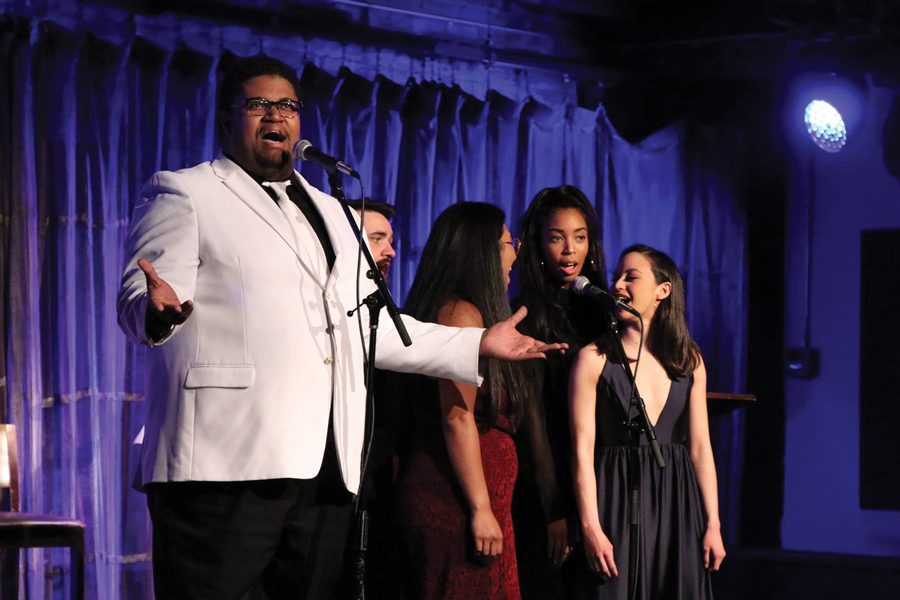 Sixty-three years ago, “My Fair Lady” made its Broadway debut. This month, Grace Bobber (Communication ’19), along with another Northwestern alum, is making her Chicago debut singing a song from “My Fair Lady” in “New Faces Sing Broadway 1956,” a series meant to introduce the next generation of musical theater artists.

“New Faces Sing Broadway 1956” started in 1994 and consists of three concerts per year produced by Porchlight Music Theatre. For each show, the director selects arrangements from musicals that debuted during a certain year to take the audience through the entire Broadway season. This upcoming show, featuring music from the 1956 Broadway season, will open at Evanston SPACE on Oct. 29.

Director Brianna Borger started as an actress at Porchlight and recently received the opportunity to direct the show. Alongside picking the songs, she also wrote a script for the host, which explains the premise and perception of each musical featured, as well as the songs being featured.

While one of the goals of the show is to capture the essence of 1956, Borger said she also wanted to adapt the music to suit her cast. As a music coach, she worked closely with the show’s music director Charles Larkin to make this happen.

“I had all of these ideas (like) I think it’d be nice if we made this song into an all female doo-wop version of what was recently just a Broadway ballad,” Borger said. “We have some very cool unique arrangements of some of the songs in the concert that I’m really excited about.”

Performer Ben Barker (Communication ’14) said he is excited to sing musical pieces he was unfamiliar with. One of the songs Barker is performing, “The Country’s in The Very Best of Hands” from the musical “L’il Abner,” deals with bipartisanship. Barker said he’s passionate about politics, and is happy to have two of his interests collide onstage.

This is the second show Barker has been in with Porchlight, he said, after playing in “Sweeney Todd” right after he graduated. Having worked with Borger before, Barker said he’s enjoyed getting to know her as a director rather than an actress.

“It’s been an ongoing kind of relationship and so it was fun to get to work with Briana in a different capacity as opposed to being a scene partner with her,” Barker said. “Our first rehearsal was really just for music and she’d throw in thoughts and let me know certain things about why she chose a song.”

Bobber said “New Faces” gives her an opportunity to explore music she wasn’t familiar with before. She said she’s enjoyed working with people who are in a similar stage in their career as her and hearing about their journeys.

Bobber added that she thinks the show is a great performance opportunity and educational experience. Before this, she’s performed with the Chicago Children’s Theater, and was drawn to the Chicago’s theater scene because of the strong sense of community.

“I know Chicago is going to be the right place for me instead of a New York or LA” Bobber said. “The quality is so high and everyone pretty much knows everyone else. I love the sense of collaboration.”

A previous version of this story misstated the name of the show that Grace Bobber was involved in. It is “New Faces,” not “Machinal.” The Daily regrets the error.