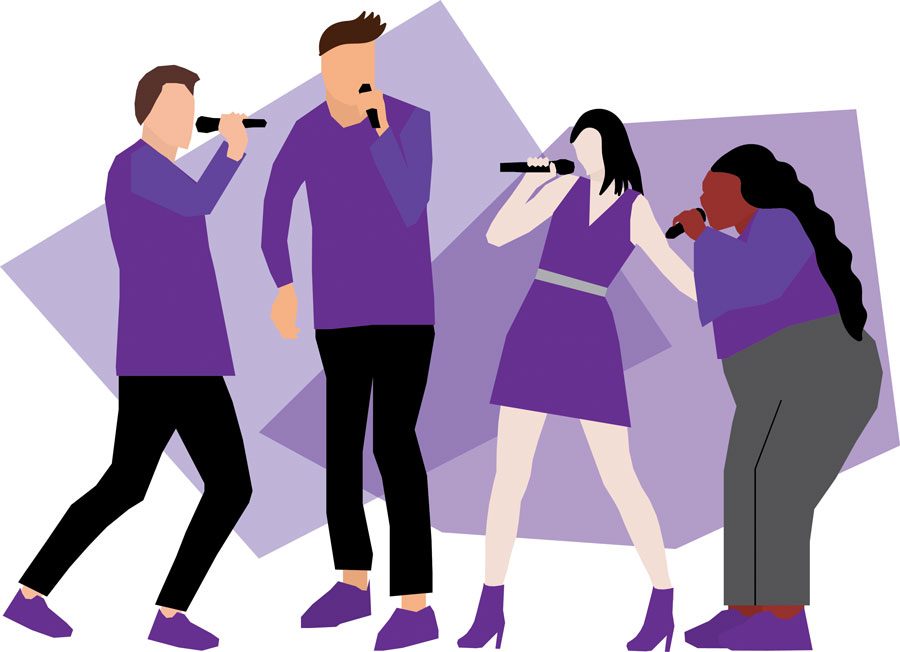 The first week of October was recruitment week for Northwestern a cappella groups. Auditions began Sept. 30 and lasted for three days with callbacks were the following weekend. Student interest remained strong after a difficult year for some campus a cappella groups across — during which six groups were placed on the University’s watch list for conduct review.

Weinberg junior Michelle Jiang, president of Harmony in Spirit, said all groups were impacted by last year’s turmoil. Last year, Student Organizations & Activities prohibited a cappella groups from completing a second round of auditions in the winter and spring quarters.

“Especially for the smaller groups, it was harder for us because we were counting on getting new members to balance out voice parts,” Jiang said. “So we definitely felt like it wasn’t very fair to some of the groups.”

Still, the a cappella community has been collaborating to improve the experiences of new members and promoting the groups’ community-oriented values.

Communication freshman Jonyca Jiao, a new member of X-Factors, was initially unaware that the group was on conduct review, but did know about possible hazing in campus groups. Before auditioning, she said she heard rumors about fighting in a cappella groups among members for solos or returning members being rude to new members.

When she attended her first meeting, however, Jiao said she realized she didn’t have much to worry about.

“Nothing happened,” she said. “They were so welcoming, inclusive, and it’s not like they’re acting, it’s just the way they are. They’re just kind.”

“We really are a group of friends that just happens to sing together three times a week,” Packard said. “I’ve always felt that it’s somewhere I can be completely myself — the full-calorie version of Rachael Packard.”

As a member of NACCA, Packard participated in the recruiting process for all of the groups as a collective. Members of NACCA spoke at theater and a cappella events during Wildcat Welcome to promote performing groups on campus and inform students on how to get involved.

Packard said she did not notice a significant change in the number of freshmen who auditioned for a capella groups. While interest has not wavered, NACCA has changed the way new members are initiated after they’re invited to a group.

“I would say the community is much more aware of those rumors, and clearly as a community, we needed to address what we were doing,” Packard said.

Communication freshman Adam Kern, a new member of Asterik, said he was unaware that groups were on University watch, but noticed certain changes — groups no longer made the first meeting mandatory, for example.

After attending the first meeting and the first rehearsal, Kern described his experience as a positive one. He said members of Asterik surprised new recruits with a fun night on Deering Meadow to welcome them into the group.

“Right off the bat, they don’t treat you like the new guys or like you’re babies,” Kern said. “They’re like, ‘If you want to arrange music and bring in a song, go arrange that music.’ They treat you like adults with skills and talents.”