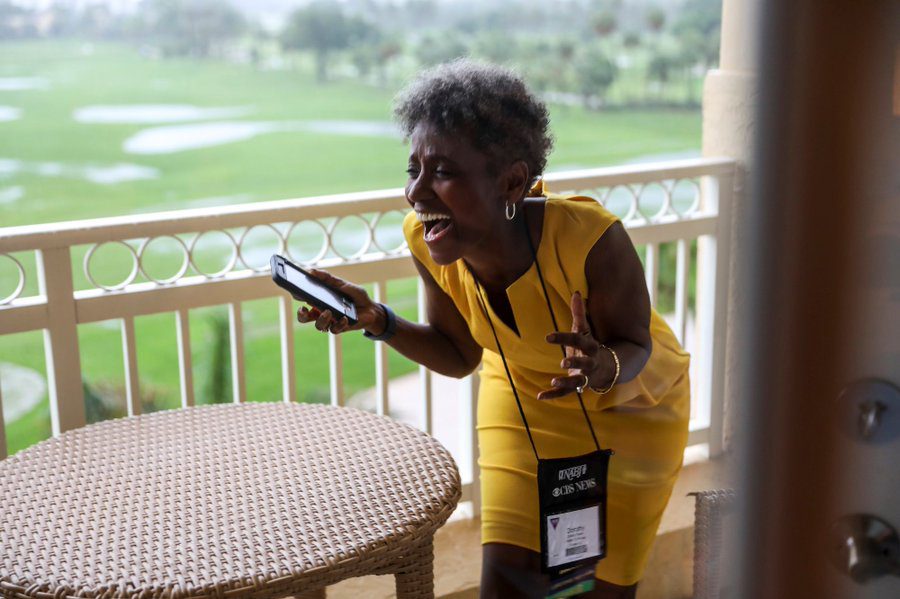 When Northwestern alum Dorothy Tucker was fresh out of college and working at KWGN, an independent news station in Denver, she said she was the only African American journalist at the station.

Tucker (Communication ’77) was eager to find other black journalists in television “who would be willing to look at my work and help me out and give me some guidance and direction.” When she heard of the National Association for Black Journalists’ annual convention, she jumped at the chance to attend.

That year’s convention was in Washington, D.C., and Tucker said she paid the registration fee and bought a plane ticket, without having the money to book a hotel room in advance. Though she was lucky and shared a room with someone for free, she said she realized other young journalists in similar situations aren’t always so fortunate.

Now, years later, Tucker has kept her own experiences in mind as the new NABJ president, a position she was elected to this August.

Tucker said she was initially worried that all the resources and effort put into her campaign would be for naught, but she was quick to remind herself that she had nothing to fear.

“You’ve done everything that you can, you gave it your all,” she told The Daily before the announcement. “You will walk away knowing that you ran a damn good campaign.”

In light of her personal experience, Tucker made a campaign promise to cover convention costs for those who can’t afford them. In a promotional video, she vowed to give black media professionals more opportunities to advance in their careers by producing an annual report card that evaluates and holds media companies accountable for their figures in hiring, salaries, promotion and retention of black journalists.

She said she has the ultimate goal of making the NABJ the greatest asset to those in search of talent, as well as data and research about black journalists and black America.

Medill Prof. Ava Thompson Greenwell said she wishes Tucker much success as NABJ’s president. She said she’s happy to see a fellow Chicagoan heading the organization and noted that Tucker’s passion, innovation, and legacy in the organization as the vice president makes her confident that Tucker will “hit the ground running” in her new role.

As a black female reporter, Greenwell said she has felt lonely at times in majority-white newsrooms. She said the hard work and enduring effort put into normalizing black excellence in newsrooms by experienced black reporters — like herself and Tucker — creates more opportunities for new black journalists.

Medill sophomore Camille Williams said she saw how eager Tucker is to helping young black journalists through her social media accounts, and added that she is excited to have her as a resource in figuring out her own journalism career.

As the vice president of external relations of NU’s NABJ chapter, Williams said she hopes to invite Tucker to a campus event for journalism students. She added that she’s excited to give students the chance to network and understand the journalism industry, especially that of Chicago.

“I’ve learned from some upperclassmen — some older people that these connections can last a lifetime and can be so useful,” Williams said. “Now, I’m glad I can help provide this opportunity to my peers at Northwestern.”