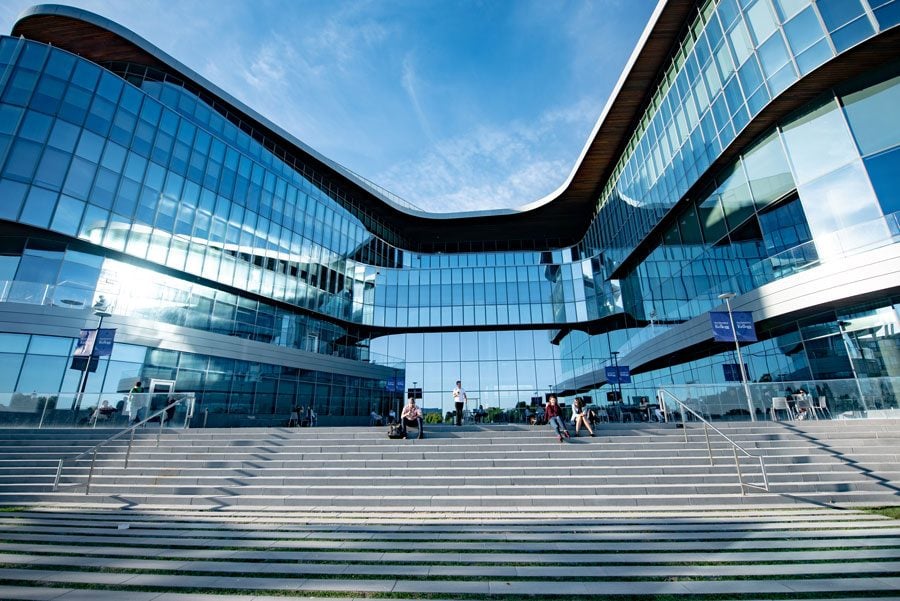 New research from the Kellogg School of Management found that scientists who failed in the early stages of their careers end up being more successful in the long run.

The study, co-authored by Kellogg professors Dashun Wang and Benjamin F. Jones and postdoctoral researcher Yang Wang, compared career success across young scientists who narrowly missed grants from the National Institutes of Health and those who narrowly won them. The researchers discovered that in the five years following the original grant applications, the scientists who did not receive grants ended up having more successful papers than those who received them.

Wang said though the group began researching this question at the end of 2016, it has always been interested in what makes successful careers, especially in science. It was their study of success that led them to the subject of failure, Wang said.

“We had to look into failures instead of success,” Wang said. “Our idea was to investigate the nature of failure.”

In terms of grant applications, Wang said “failure is much more common than success,” making the study of failures more representative of the whole picture.

The researchers studied biomedical scientists’ applications for the R01 grant, the NIH’s most common grant type. The NIH’s grant approval process uses a numerical scoring system, making it easy to recognize which scientists nearly missed the grant and which were narrowly approved. The researchers chose to study a group of 561 narrow-win and 623 near-miss scientists and compare their future career success.

“We looked at people who were, prior to the application for the grant, observationally identical,” Jones said.

This meant that in terms of their careers, the only significant difference was whether or not their proposal was accepted, Jones said.

Analysis between the two groups showed that in the following five-year period, those who missed the grant produced more top-cited papers than those who received the grant. Wang and Jones said this result contradicted the hypothesis that scientists who were originally successful would continue to be successful in the long run.
“Those who persevere, who fell short but kept going, are the ones who outperform those who actually got the grant in the first place,” Jones said. “They take something from the failure experience that gives them greater wisdom or makes them try harder going forward.”

The study demonstrates a positive side of failure, but Wang cautioned against claiming failure is always good.

Many scientists who experience these early failures drop out of the field entirely, but those who stay tend to excel.

“The simplest implication is that what doesn’t kill you makes you stronger,” Wang said.

For students, this finding serves as a necessary reminder that failure does not have to be devastating, said McCormick freshman Eleanor Colligan.

“It shows that it’s actually okay to fail, and having to do something again doesn’t mean that you’re worse off,” she said.