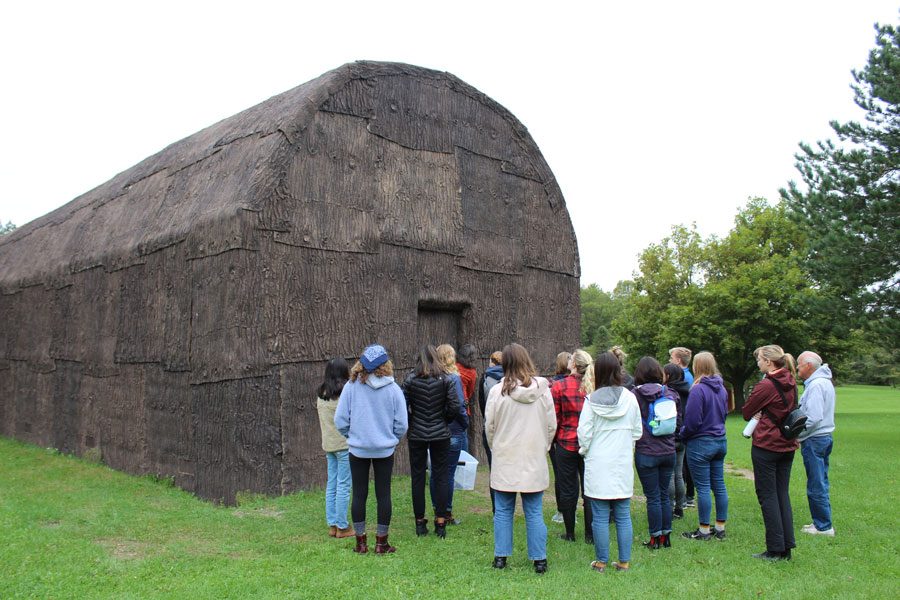 The Indigenous tour of Northwestern is available to all starting Oct. 14. The site includes an interactive map with videos and descriptions of important locations on campus.

In honor of Indigenous People’s Day on Oct. 14, Medill Prof. Patty Loew launched digital tours of Indigenous locations on campus, working toward a curriculum for a teachers’ guide about Northwestern’s history with Indigenous communities.

Loew received the Linzer grant, focused on curriculum and development with an emphasis on diversity. Loew and her team created a multimedia tour accessible from a desktop, a GPS guided walking tour of Indigenous locations on campus and curriculum for a teachers’ guide available for NU faculty and other educators.

The online tour goes live Oct. 14, and Loew will host a discussion at 8 a.m. at Deering Library, including a tour around some of the map’s locations. She encouraged attendees to provide feedback about the virtual tour.

Loew is the inaugural director of the Center for Native American and Indigenous Research and a member of the Bad River Band of Lake Superior Ojibwe. When she first arrived at Northwestern, she heard repeated complaints from students, staff and faculty about how Indigenous communities went overlooked.

“That invisibility is something that is not unusual in urban areas,” Loew said. “Urban Indians feel invisible.”

Because there aren’t any visible signs of Native America, the fact that Chicago is built over ancient cities is often overlooked, Loew said. The app and the virtual tour aims to address this erasure, she said.

Starting with a team of two people in 2017, Loew cultivated a team of 30 people interested in supporting and working for the center.

Jennifer Michals, program assistant for the Center for Native American and Indigenous Research, will help develop curriculum material based on the walking tour.

“I’m really excited about this project because it gives Native voice to the special places here on campus,” Michals said.

One of the sites on the tour is Welsh Ryan Arena because the wood for the new basketball court came from the Menominee Forest, which Loew said has one of the most sustainable foresting practices in the world. The tour also discusses the Treaty of Chicago and a 1903 football game between Northwestern and the Carlisle Indian School.

Medill junior Carlyn Kranking, who took Loew’s Medill class last winter, received the opportunity to work with her classmates to create media for the walking tour. Kranking and other students were assigned to different locations within the tour, so Loew could include a selection of their final projects in the tour.

“This class made me a lot more conscious of the history and the importance of the land we are on,” Kranking said. “I hope that it will do the same for other people because there is this dark history to Northwestern.”

As Northwestern becomes more pluralistic, Loew said she feels these resources will enhance students’ ability to learn about their community and the world around them.

Loew said the university has set aside funding to start a space for Indigenous students, create a budget to hire staff and to fund fellowships for students and faculty. She said she looks forward to the impact the tour will have on the Northwestern community and feels supported by the university as a whole.

“I think having something that elevates the visibility of Native peoples in Evanston is cause for celebration,” Loew said. “I hope the campus in general feels that way as well.”