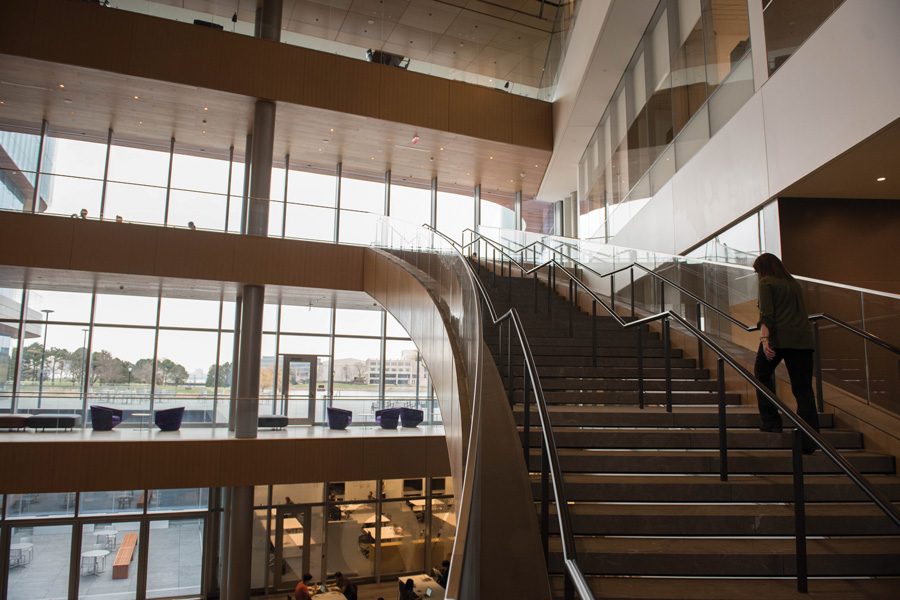 The Kellogg School of Management. Kellogg researchers completed a model that can predict a terror group’s future lethality using data from its first 10 attacks.

Researchers from the Kellogg School of Management recently completed a model that can predict a terror group’s future lethality using data from its first 10 attacks.

Prof. Brian Uzzi and co-authors Yang Yang and Adam Pah on Monday published their collaborative study, “Quantifying the future of lethality of terror organizations,” in the Proceedings of the National Academy of Sciences.

The Kellogg researchers adopted an unconventional approach — treating terrorist organizations as businesses whose product is violence.

Whereas past studies have viewed terrorism through an exclusively political lens, with this technique, they were able to connect observable data about terrorism with economic and business theories.

“I didn’t think that (the study) would turn out this well,” Pah said. “Our ability to predict future terror activity without having to do anything crazy, from just some basic nuggets of ideas about what makes an organization function, that’s surprising.”

Using data from the Global Terrorism Database and the RAND Database of World Terror Incidents, the team sorted through historical data from 1970 to the present day, evaluating every terrorist group and terrorist attack that had ever occurred. They wound up with a massive data set that allowed for new discoveries, Uzzi said.

“We began to notice a very interesting pattern,” Uzzi said. “Some groups had very systematic spacing between attacks. Others had patterns that were essentially random, as if they had no rhyme or reason.”

Subsequent analysis of this pattern revealed serious implications about terror groups’ degrees of violence in the future, he said. Groups with more systematic spacing endured and caused more consistent violence, and groups with random spacing saw their access to resources eventually decrease and died out faster as a result.

The study quantified this trend using a mathematical model based on half the historical data set about terrorism. The model was then tested on the other half of the data set and saw a “robust” correlation, Uzzi said.

The model was highly accurate when applied to existing data, making it a reliable model to extrapolate future data and to predict the rate of terror before it happens, Uzzi said. Any steps that can be taken to reduce it, he said, would be “good for the psychology of the nation.”

As more terror organizations rise around the world, governments need to discern which groups pose greater threats than others, Uzzi added.

Although global fatalities from terrorist activity decreased by 10 percent between 2000 and 2015, an average of 61 new terror groups emerged each year in the same period, according to the Global Terrorism Database.

Uzzi, Pah and Yang are working on a new study to determine a link between media coverage of terror activity and the support that terror groups receive from world governments. Pah said he hopes younger generations will take similar leads to solve seemingly daunting world issues.

“No matter how difficult or intractable these societal problems seem, there is something you can actually do to try and approach them and at least make some impact,” Pah said. “Terrorism seems like it’s uncontrollable, but we could still pull meaning out to understand it and make something that helps us tackle this problem.”