Baseball Notebook: NU plays scrimmage, looks ahead to the season 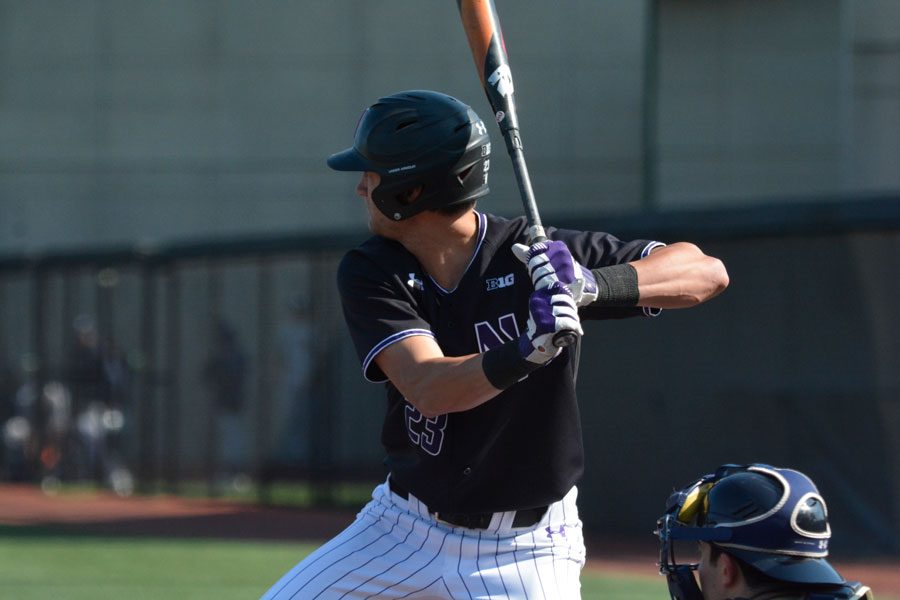 No pitcher for the Wildcats threw more than two innings, and most pitchers who threw for a summer team this summer did not step on the rubber. In limited action, the pitchers pounded the zone as the Billikens were held scoreless for most of the day. Sophomore Mike Doherty was the first pitcher of the day and set the tone with a solid performance.

With top-of-the-order mainstays Jack Dunn and Alex Erro in the pros, the NU lineup looked different with senior infielder Charlie Maxwell leading off with sophomore Michael Trautwein in the two-hole. Although it was just a scrimmage, the two looked comfortable at the top of the lineup and had strong swings throughout the day. Defensively, the Cats mixed and matched players all over the diamond, but still managed to hold their own.

“We had the one error on the day,” coach Spencer Allen said. “Anytime you play 15 innings and make one error, I think that’s great.”

After playing all of last season with a torn labrum in his right shoulder, sophomore infielder Shawn Goosenberg is now recovering from an offseason procedure. Allen said he started throwing again the week before the Saint Louis scrimmage, and has still been able to practice fielding. Allen added he expects a full recovery.

Neither senior pitcher Hank Christie nor junior pitcher Quinn Lavelle pitched Sunday after both were shut down in the middle of last season with injuries. Allen said the team is being extremely cautious with both arms. He also said if it were closer to the start of the season, Lavelle would be pushed harder than he is right now.

In June, Michigan went on a remarkable run to the finals of the College World Series. Highly rated coming into the spring, the Wolverines were inconsistent during the regular season but snuck into the field of 64 as one of the final four teams. Michigan then caught fire. The Wolverines won the Corvallis Regional, defeated top-ranked UCLA in the Super Regionals and didn’t lose a College World Series game until the finals when they took powerhouse Vanderbilt to three games.

The run put not only Michigan on the college baseball map, but also the Big Ten conference as a whole. The conference is regarded as the worst in baseball of the Power Five, and the February start date puts its members at a disadvantage. But the Wolverines success could be a changing of the guard.

Allen said the run was awesome to watch, and that the success of Michigan can have a trickle down effect in recruiting and for team morale.

“(It just reinforces) what we say of if guys work and guys believe, it can happen anywhere,” Allen said. “They were just a great example of it.”

In his first two seasons in Evanston, junior Charlie Bourbon saw the field only once — a one inning relief appearance against Texas in 2018.

But after the 2019 spring season, Bourbon moved from the mound to the field, where he is listed as a catcher and outfielder.

Over the summer, the Illinois native played in eight games as a corner outfielder and designated hitter for the Michigan Monarchs in the Great Lakes League. However, he was used mostly as a pinch hitter, finishing 2-for-14 with two walks, three runs scored and a triple.

Bourbon played left field and was a bullpen catcher during the scrimmage. In his first at-bat, he knocked an RBI single, which garnered arguably the biggest cheer from the NU dugout all day.

“We’re just trying to find a role for him,” Allen said. “I think we are in a good spot with where he’s at now.”

Over the summer, Jack Kelly left the Northwestern program and transferred to Minnesota. New NCAA rules instituted for this summer made it easier for baseball players to move schools, but according to D1Baseball.com, only one Wildcats player — Kelly — entered the transfer portal.

In Kelly’s place, NU picked up a late recruit over the summer: catcher and infielder Stephen Hrustich. Hrustich is a Georgia native who earned an 8.5 rating from Perfect Game.

Hrustich looked good in his first exhibition in purple, contributing arguably the highlight of the day when he smashed a two-run home run over the left field fence. Hrustich played catcher and first base during the game, and his presence will help with depth behind the plate.

Dickson primary work is with the infielders, but he will also assist with the hitters. He held the same role at Lafayette, where he spent the past two seasons. He also was the head coach of NAIA Brescia University — where he also played baseball — for two seasons.

Dickson was unable to attend the Sep. 29 due to a prior arrangement, Allen said, but the fifth-year coach said Dickson is doing “a great job.”