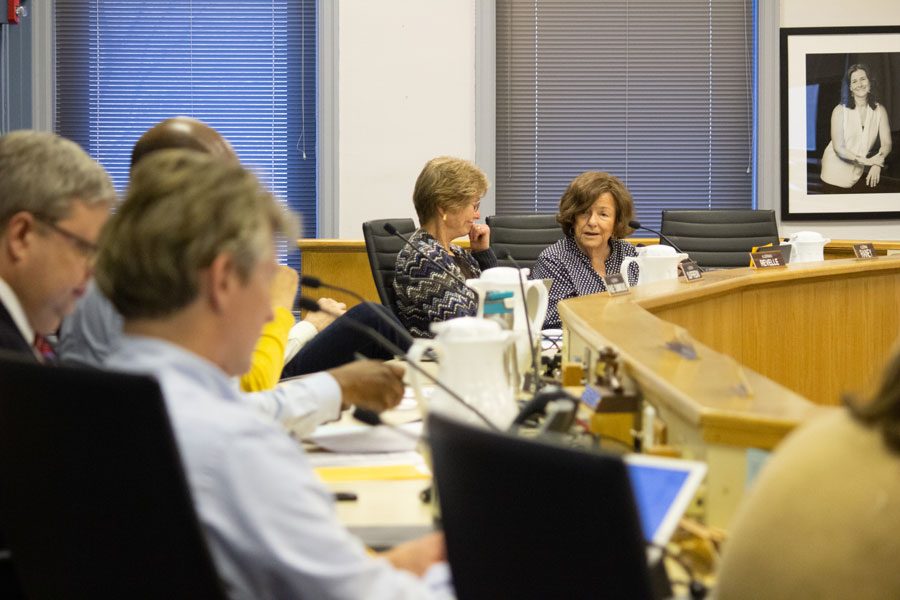 Evanston inched closer to a revised Code of Ethics after the Rules Committee unanimously voted Monday night to send an ordinance amending the code to City Council.

The ordinance, which originated in the now-dissolved Ethics Subcommittee to the Rules Committee, went through adjustments ranging from single words to significant subsections of the 18-page text which would replace the current code.
One of the major changes was an increase of the maximum fine that City Council may issue as penalty for officials found to have violated the ethics code.

Ald. Peter Braithwaite (2nd) said though the $500 fine proposed by the ordinance would represent a significant imposition upon the aldermen, who make $15,990 per year, it would prove less significant for the higher-paid mayor or city manager.
“The whole goal is to make sure that it’s meaningful,” Braithwaite told The Daily. “So whatever we set forth and agree to as a council, it’s a serious consequence.”

Mayor Steve Hagerty suggested a fine as a percentage of annual income. However, the committee ultimately chose to set the maximum fine at $750.

Also amended was a proposed one-year terms on Board of Ethics members. Ald. Eleanor Revelle (7th) said the Board of Ethics required expertise that was important to preserve and contended the brevity of the terms would give elected officials undue power in controlling their own supervision. Under the ordinance, the mayor appoints Board of Ethics members with the advice and consent of the aldermen.

“They could rule one way on a particular member and then find that wasn’t particularly popular and so they won’t be reappointed next year,” Revelle said.

Ald. Ann Rainey (8th) discussed her own experience with the Board of Ethics hearing by calling for greater input for defendants in scheduling their hearings. Ethics complaints against Rainey served as part of the impetus for the new ordinance, after a procedural loophole allowed her to cast a tie-breaking vote preventing any further action on her ethics violations.

Ultimately, no amendment was made regarding the related section on hearing proceedings.

Ald. Donald Wilson (4th), headed the majority aldermen subcommittee and also led the aldermen who composed all but one of the Rules Committee’s members to pass the ordinance to themselves on City Council.

The Board of Ethics had criticized the alderman-led subcommittee in a June memo and suggested the board would be better suited for revising the Code of Ethics. A pair of memos addressed from the board to the subcommittee that suggested revisions to the ordinance appeared in a packet of information provided to the Rules Committee but was not discussed.

The board’s stance was not forgotten by all. During the debate over deciding fines, a resident shouted from the back of the room, “Why don’t you give it to the Board of Ethics?” Several audience members applauded.

City Council will vote at a later date whether or not to approve the ordinance.