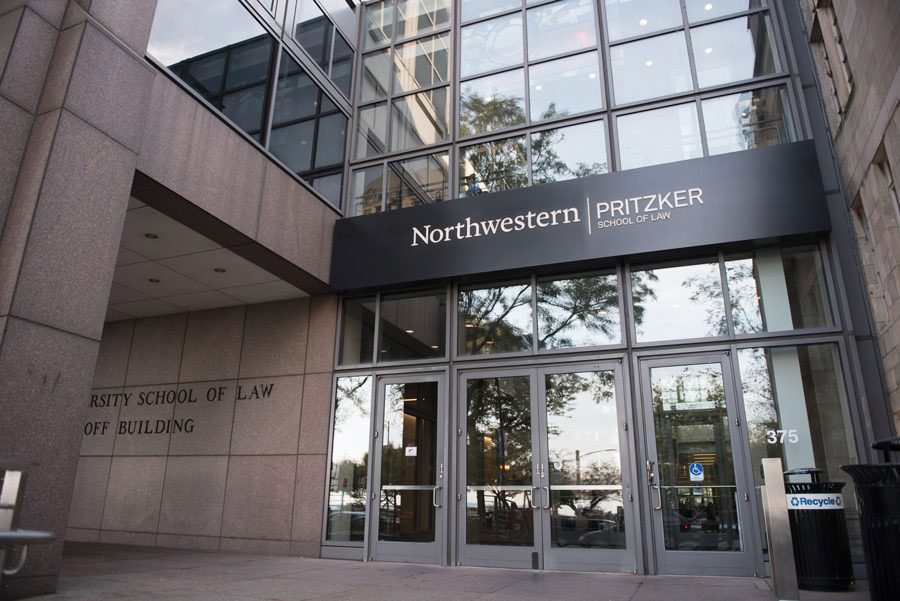 Northwestern’s Pritzker School of Law. Attorneys and Northwestern Profs. Laura Nirider and Steven Drizin have been representing Dassey since 2007, when Dassey was sentenced to life in prison for the 2005 murder of Teresa Halbach.

Attorneys Laura Nirider and Steven Drizin have been representing Dassey since 2007, when Dassey was sentenced to life in prison for the 2005 murder of Teresa Halbach. At age 16, he confessed to law enforcement officers that he was complicit with his uncle, Steven Avery, in the rape and murder of Halbach. With no physical evidence linking Dassey to the crime, the confession proved crucial to his conviction.

Nirider said Dassey, a special education student who needed help understanding teachers’ spoken sentences in 10th grade, was “bombarded” with 1,500 questions over three-and-half hours and coerced into giving a false confession. Dassey was interviewed four times in 48 hours without a parent or legal representation, according to a CBS article.

“They should have talked to Dassey’s teachers to learn about how disabled he was,” said Drizin, the founder of the Center on Wrongful Convictions of Youth. “They were in the school for the first interview, so that’s just asking someone a couple of questions. Brendan had severe learning disabilities.”

Drizin co-authored a 2004 study that found younger people and people with intellectual or learning disabilities are much more likely to falsely confess when pressured by police than adults. Although anyone could be coerced into a false confession, today’s psychological interrogation tactics quickly overwhelm people in those groups, he said.

However, in December 2017, judges from the 7th U.S. Circuit Court of Appeals reversed a previous panel’s decision to overturn Dassey’s conviction. Later, in June 2018, the Supreme Court decided against hearing the case.

Nirider, co-director of the Center on Wrongful Convictions of Youth, highlighted Evers’ background in education. She said the former teacher and state superintendent of public instruction understands special education students like Dassey.

Nirider said the legal team is asking the governor to consider two forms of clemency: a commutation and a pardon. A pardon, Nirider said, would immediately release Dassey and erase some of the legal disabilities that come with being a convicted felon, such as the inability to vote and serve on a jury. A commutation, she added, would only shorten his sentence.

“When there’s someone in prison who is actually innocent like Brendan, who has served 13-and-a-half years of his life based on a confession that is almost universally regarded as false, those are special circumstances,” Nirider said. “Those are the kinds of situations — the kinds of rare and deeply troubling cases — that the clemency power was made for.”

Last October, Netflix released part two of “Making a Murderer.” On Oct. 2, Nirider and Dassey — calling in from prison — appeared on a special edition of the podcast “Wrongful Conviction,” with Jason Flom.

“I just wanted it all over with, so I said whatever they wanted to hear, you know?” Dassey told Flom.

That same day, Kim Kardashian shared a hand-written letter Dassey wrote to Evers, tweeting that the governor should read it.

Nirider said Dassey’s case has captured the public’s attention because there’s a human instinct to protect vulnerable people like Dassey.

“I have teachers come to me, counselors, nurses, social workers, parents with children like Brendan, neighbors who know kids like Brendan who need that extra help,” Nirider said. “Who need those accommodations, who could easily be coached, even inadvertently, into saying what they think their interrogators want to hear. People know Brendan Dassey when they see him. They have Brendan Dasseys in their lives.”