Baseball: Erro, Dunn, Paciorek stay committed to baseball after summer in the pros 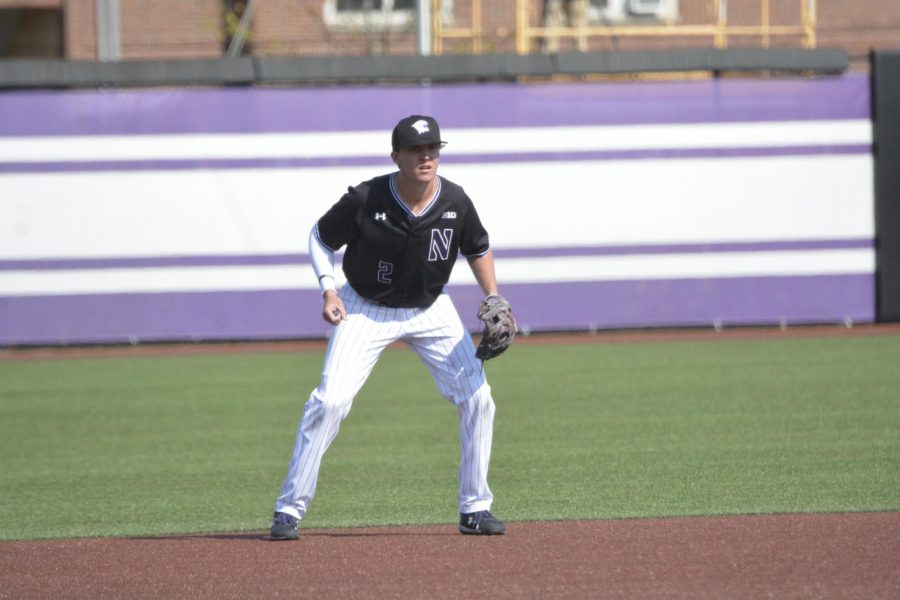 Jack Dunn waits to field the ball. The 2019 graduate played for the Auburn Doubledays, a Washington Nationals affiliate, this summer.

While most Northwestern students spent this past summer interning, researching or studying abroad, Jack Dunn (Weinberg ‘19) and seniors Alex Erro and Nick Paciorek had an unconventional job: professional baseball player.

“In the grand scheme of things,” Erro said. “It’s a pretty fun job to have.”

Erro, who was selected by the Boston Red Sox in the 17th round of the MLB Draft last June, spent the summer as an infielder for the Lowell Spinners, a Class A Short Season team in the New York-Penn League.

Class A Short Season is usually the second level in an organization’s farm system, just above the Rookie League, and in some cases Rookie Advanced. It’s also five levels beneath the Majors.

Erro finished his season with the Spinners with a .277 batting average, the fifth-highest on the team for anyone with over 50 plate appearances. He said playing for the Wildcats helped prepare him for the Spinners, but the speed of the game is “a tick above” college ball.

“The arms are better — catchers throw out more runners,” Erro said. “The hitters — they know their approach really well, they know what they want to swing at and they have an idea of how they’re going to be attacked. (They have) refined approaches in all aspects of the game.”

The Miami native also had to get used to playing every day and taking bus rides late at night to each game, whether the next field was five or eight hours away.

Though the traveling wasn’t ideal, Erro said he tried to make the most of it.

“The long bus rides, the average- to below-average hotels, the ghost towns that you visit — it’s all part of it,” Erro said.

Like Erro, Dunn also made the long drives throughout New York-Penn League, playing for the Auburn Doubledays, an affiliate of the Washington Nationals.

The former Wildcat said a highlight of his season was becoming friends with so many international players, many of whom came from Latin America. In fact, Dunn won “Most Popular Player on the Auburn Doubledays.”

“I love meeting new guys,” Dunn said. “(And) I like meeting other people from different countries and trying to put myself in their shoes to see how they live their lives.”

Dunn compiled a .255 average over the course of the summer, and hit a home run in his first at-bat — which he called “shocking” since he’d only hit two home runs in his four years at NU.

The Georgia native said his experience with the Cats, both as a baseball player and as a student, helped him do well on the Doubledays.

“If you want to play baseball at Northwestern, you’ve got to be a special guy because not only are you putting in 50 hours a week playing baseball, but you’re also challenging yourself academically,” Dunn said. “Having to deal with the school year and late nights and early mornings — all that stuff translated to pro ball.”

However, coaching in the Rookie League was different from Division I baseball, Paciorek said, since coaches are prohibited from giving players advice for the first 30 days.

“They just let you do what you did to get to the point you’re at,” Paciorek said. “And after those 30 days, they’ll give you some advice.”

His new coaches want him to be a starting pitcher instead of the reliever he was in college, so Paciorek will look to go deeper into games, improve his change-up and strengthen his stamina and command in 2020, he said.

Paciorek, Dunn and Erro each said they want a career in baseball, and they’ll continue playing until they’re told to stop.

“It was a dream come true,” Dunn said. “I know that sounds like a cliche, but that’s really what it felt like.”