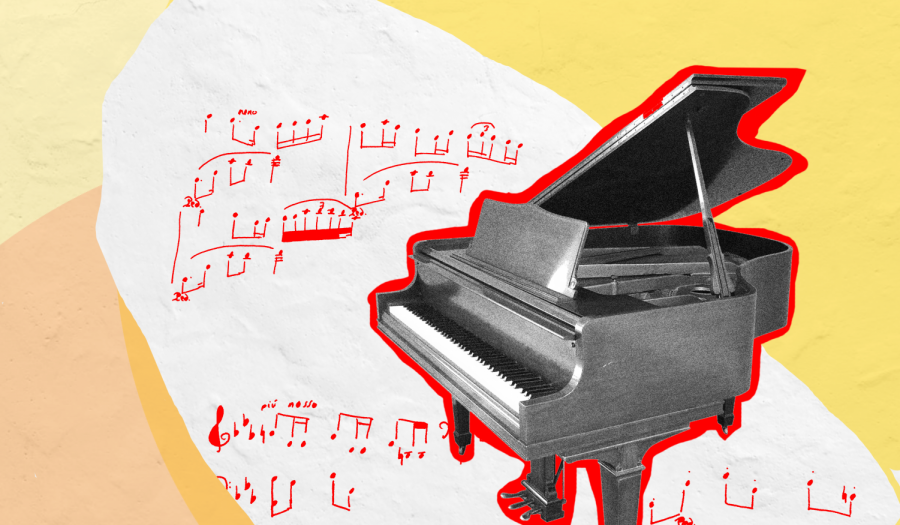 As a senior undergraduate at Western University in Ontario, Canada, McCaul began creating instruments to combine his skills in software development and his passion for music education. The project took off two years ago, when he came to Northwestern for a graduate program. He worked with current doctorate student Patrick Horton for a class project, building musical software from scratch.

“After a year of headaches and feeling like this wasn’t going anywhere, we were finally able to get it to where other people could use it,” McCaul said. “That was a huge relief.”

McCaul’s instruments cater to students with disabilities. The entrepreneur created an instrument that allows students to tilt a tablet or smartphone to change the pitch and tone of any sound and one that automatically autotunes voices spoken into a microphone.

McCaul and Horton worked with the Park School in Evanston/Skokie District 65 to engage with students with disabilities.

McCaul described an interaction with a student, who teachers considered reserved. After giving him a microphone and playing chords on a keyboard, the student rapped for 20 minutes straight and only stopped because he had to.

“Accessing this creativity and musicality,” McCaul said, “it was just an amazing way to see them shine.”

After taking a Northwestern entrepreneurship class, McCaul decided to apply for a residency at The Garage to develop his project.

Mary Lewis (Bienen ‘19) became involved with Inclusive Instruments when she attended a meeting at The Garage in McCaul’s place.

“I feel really lucky to be a part of this,” Lewis said. “Ryan was really gracious to invite me to join the project, so I feel really, really grateful to have worked with him on it.”

Lewis said The Garage gave them “amazing” support and that working on the project was a great way to apply what she was learning in the classroom.

McCaul said the next step for the team is to continue working with Northwestern’s legal services — which has been providing him with pro-bono legal assistance — to obtain a 501(c) non-profit status.

McCaul and Lewis have also been pitching their products to other Chicago nonprofits and local schools, but they’ve struggled to access these organizations, despite their similar goals.

“It’s important throughout the entire process to be testing things out on different people and different users and to constantly question your ideas and assumptions about how people are going to use it,” Lewis said.

Related Stories:
– New The Garage program empowers next generation of female entrepreneurs
– Zcruit acquired by Reigning Champs, becoming first company from The Garage to be bought