Northwestern announces six new members elected to Board of Trustees 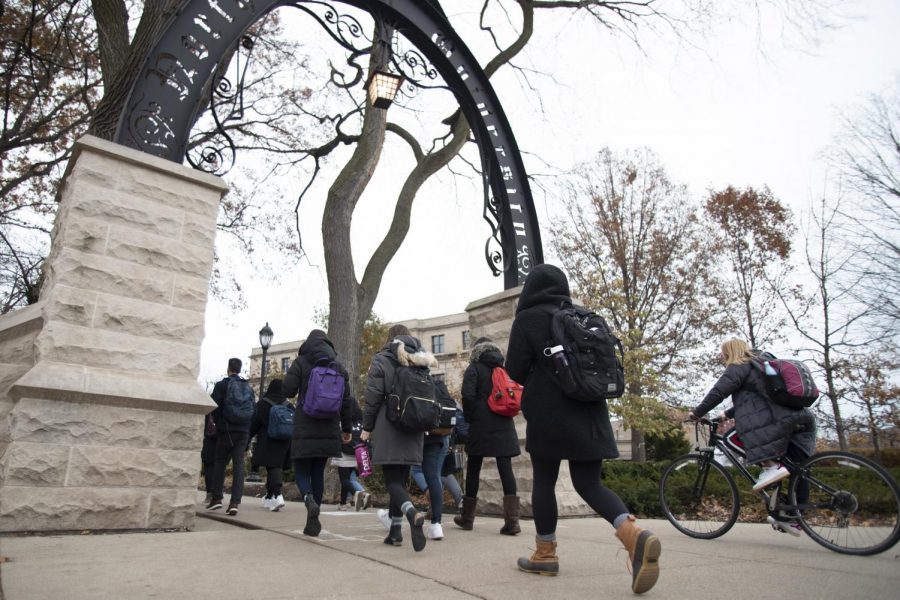 Northwestern elected six new members to the Board of Trustees, a University news release announced.

Northwestern named six new members to the Board of Trustees, a University news release announced. Here are the new trustees:

He is also an executive committee member of the Law Board at the Pritzker School of Law and a member of the Executive Leadership Council, a membership organization that works for the development of global black leaders.

Friedman is the head of business development at Bracebridge Capital, LLC, a Boston-based hedge fund. Previously, she worked as a managing director and senior salesperson in the global fixed income department at Salomon Brothers Inc. and Citigroup Global Markets Inc. In 1992, she opened and managed Salomon Brothers’ emerging markets trading desk in London.

Friedman has also served as an independent board director for a number of private biotech and medical device companies.

After receiving her bachelor’s degree in political science from Northwestern, she moved on to receive her master’s degree in finance from Columbia Business School.

A partner at Bartlit Beck LLP and a professor of practice at the Pritzker School of Law, Hoeflich is a courtroom lawyer focused on complex litigation, class actions and legal ethics.

He also serves as chairman of the Board of Trustees of the Civic Federation and is an elected member of the American Law Institute.

A member of the Northwestern Memorial Hospital Quality Committee, Hoeflich graduated first in his class from the University of Illinois College of Law and from Colgate University.

McClain-Delaney is the Washington director and board member of Common Sense Media. Her work centers around expanding digital citizenship, empowering women in media and creating opportunities for young girls and protecting them from predatory behavior online and offline.

She has been actively involved in groups such as the International Center for Research on Women, Innocents at Risk, Meridian Center Women’s Leadership Council and Georgetown University’s Women, Peace, and Security Institute.

Montag is the chief operating officer of Bank of America, and a member of the executive management team of the company. His role focuses on corporations, institutional investors, financial institutions and government entities. He previously served as president of global banking and markets at Bank of America Merrill Lynch.

Montag serves on the board of directors of Mervin Manufacturing, the NYU Langone Medical Center’s Board of Trustees and the Japan Society.He is also an advisory board member for the Stanford Institute for Economic Policy Research.

Morris is the president and CEO of Neuspera Medical, previously serving as the senior vice president of research and development and emerging therapies at LivaNova. He currently serves on the Dean’s Advisory Board for McCormick and the biomedical engineering department.

While working as a research assistant in the Medical Computing Laboratory at the University of Michigan, he received fellowships from the National Science Foundation and the National Institutes of Health for his research on the development of novel approaches to low-power arrhythmia classification and algorithms designed for implantable defibrillators.