Women’s Soccer: Northwestern gets shut out for fifth time this season 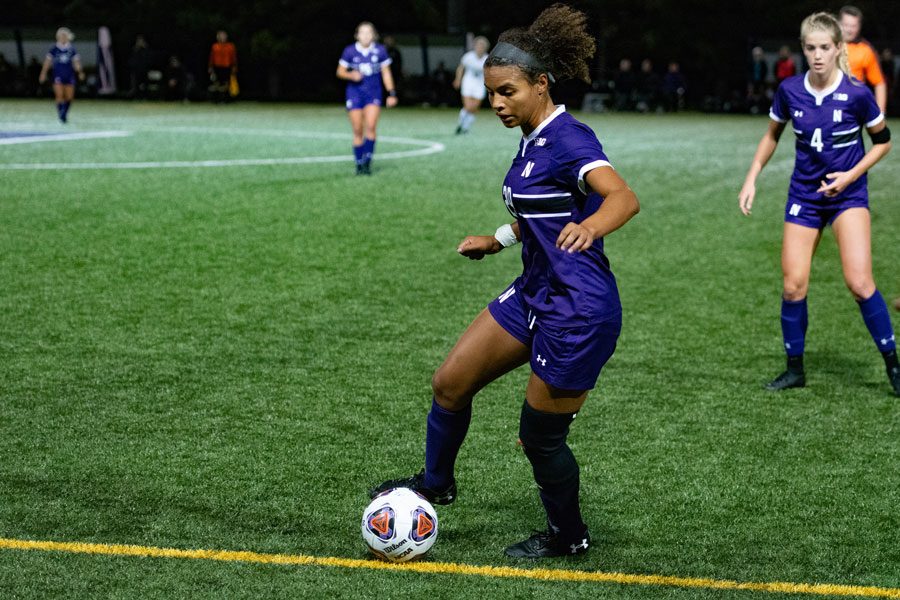 In just three days, Northwestern went from shutting out Purdue to losing in the same fashion to Rutgers.

Things looked promising for NU at the start of the game. The Cats kept the action on Rutgers’ side of the field, maintaining ball possession and taking three shots in the first 14 minutes.

But the tables turned in the 18th minute.

Scarlet Knights forward Amirah Ali passed the ball to her teammate Nneka Monema at the edge of the penalty box, and Monema slid the ball past sophomore goalkeeper Mackenzie Wood into the bottom left corner of the net.

“(They) were both tremendous,” coach Michael Moynihan said of Ali and Monema. “Anytime they won the ball on the attacking part of the field, it was like ‘look out.’ They were running hard for goal and they had a focus, and we didn’t really have that same type of presence.”

For the rest of the first half and much of the second, Rutgers dominated, taking 16 more shots and limiting NU to seven.

Freshman outside back Danika Austin, who had a pair of long runs up the field, said the Scarlet Knights’ defense was tough to beat.

“They were marking a lot of our runners in the back, and we weren’t very dynamic making the runs,” Austin said. “Sometimes a lot of the crosses weren’t consistent — or to the areas that they needed to be.”

Moynihan added that he didn’t think the Cats’ attackers were playing with “enough assertiveness.”

Rutgers forward Brittany LaPlant put the Scarlet Knights on the board again with nine minutes left in the game. LaPlant scored off an upper 90 shot after dribbling around freshman defender Reilly Riggs, which drew sophomore goalkeeper Mackenzie Wood out of the net.

Sophomore center back Julietta Thron tried to block the goal as well.

“I just threw my body in the way to just try and get anything I could on it, but she wound up getting the shot off before,” Thron said. “It was frustrating, but it was almost like there was nothing you could really do.”

The New Jersey native added that the team’s performance in the second half was disappointing after having the “upper hand” in the first half both offensively and defensively.

Though Thron attributed the performance to a lack of “focus or awareness,” she said she wasn’t sure exactly what went wrong.

“We all always talk about having a fire in our bellies, wanting that win more than anything else,” Thron said. “But I think when we came out in the second half that was gone. In the last 10 minutes… we turned that fire on, but it wasn’t enough to get the win.”