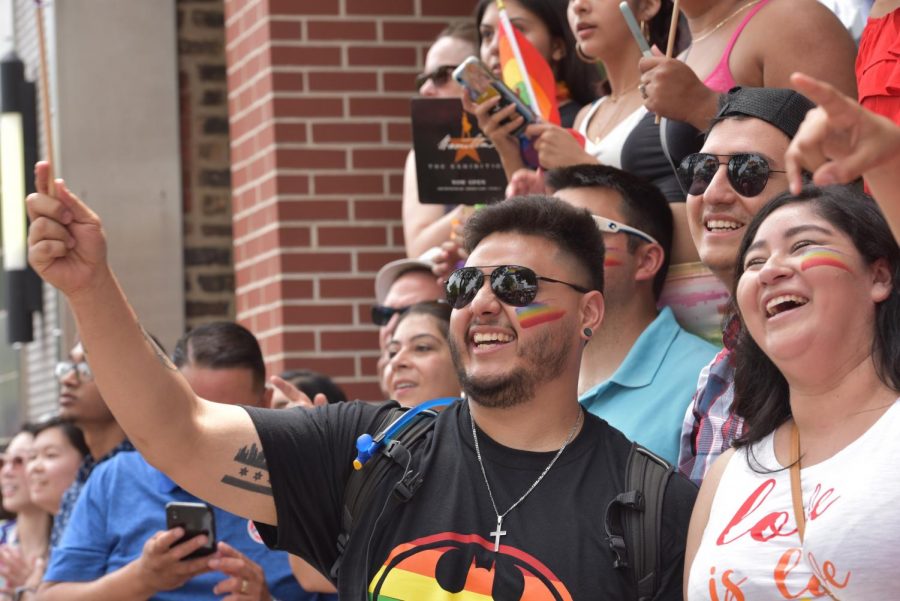 Illinois residents celebrate the LGBTQ community at the Chicago pride parade. Illinois Gov. J.B. Pritzker signed a bill Aug. 9 that mandates all public schools in the state to teach about the contributions made by LGBTQ people to state and U.S. history.

Illinois Gov. J. B. Pritzker signed a bill Aug. 9 that mandates all public schools in the state to teach about the contributions made by LGBTQ people to state and U.S. history.

The Inclusive Curriculum Law will go into effect during the 2020-21 school year, amending the state school code, requiring textbooks to be secular and non-discriminatory in its integration of LGBTQ history.

A 2017 National School Climate Survey conducted by the Gay, Lesbian & Straight Education Network found that schools in Illinois were dangerous for LGBTQ secondary school students. About 3 in 5 LGBTQ students experienced at least one form of anti-LGBTQ discrimination at school in a one year period the report examined, and 80 percent of students reported hearing homophobic slurs regularly from their peers.

Though Northwestern, as a private institution, will not be directly affected by the new Illinois law, Northwestern students and professors expressed their hopes for how the law will change students’ lives, as well as Northwestern’s separate efforts to promote an LGBTQ-inclusive education.

Medill Prof. Steven Thrasher said many issues facing the LGBTQ community are rooted in a lack of LGBTQ education at the K-12 level. As a gay man in California, he said he did not receive the LGBTQ education he needed. The first time he learned about Harvey Milk or the Stonewall riots was college.

Thrasher teaches justice reporting with an emphasis on issues relevant to the LGBTQ community.

“A lot of journalism education has been predicated on the idea that there are objective standards, which are usually focused around white, straight, cisgender, male identities,” Thrasher said. “The context, quality and concepts of stories are stronger when journalists are aware of their perspectives.”

Thrasher also conducts research at the Feinberg School of Medicine’s Institute for Sexual and Gender Minority Health and Wellbeing, a research institute focused on LGBTQ health. As the first inaugural Daniel H. Renberg chair — an endowed professorship focused on social justice and LGBTQ reporting — he said the creation of his job in itself is a testament to Northwestern’s place as a leader on LGBTQ issues.

Gender and Sexuality Prof. Paola Zamperini said she hopes the Illinois law inspires and encourages those who want to be allies and advocates for LGBTQ issues. Zamperini said the law would facilitate collaboration between university professors and K-12 teachers.

“We can go to schools in Illinois and work with them to forge a synergy so that there isn’t fracture of continuity in making the histories of sexual minorities more visible, understood and accepted,” Zamperini said.

Weinberg senior Zoe Johnson echoed a similar passion, saying the law is a necessary and important effort to amend for the erasure of queer people in our history.

Johnson said growing up as a lesbian, she was surrounded by a culture that completely ignored and shamed queer people.

“It’s interesting, the way public schools teach white, heterosexual, colonizer men’s history and present it as the only important history,” Johnson said. “We’re trying to update everyone on a bunch of history that should’ve been taught all along. I want to believe that we’re making steps.”