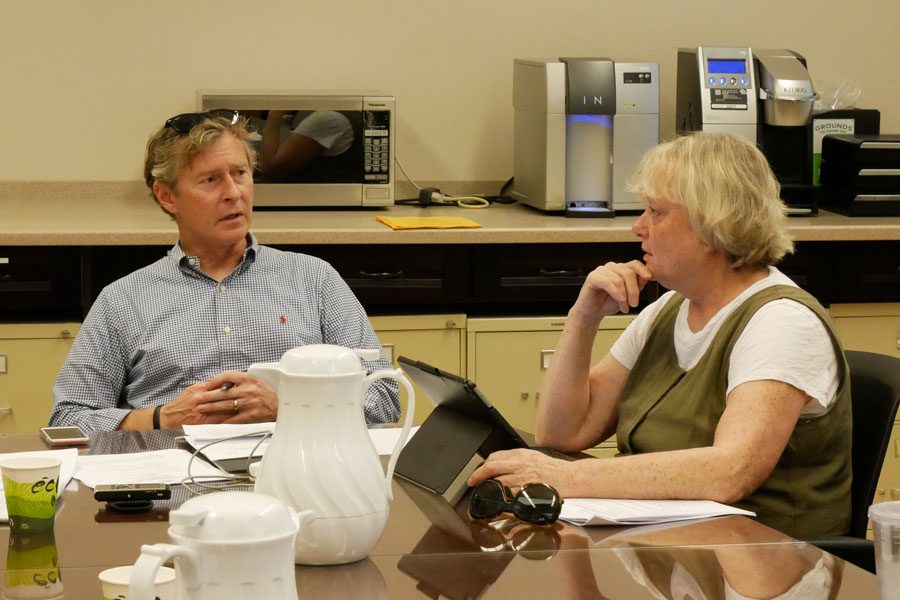 The Ethics Subcommittee of the Rules Committee held its final meeting Monday afternoon, the beginning of the end of a months-long saga to reform the city’s ethics code.

Ald. Donald Wilson (4th) led discussion as the subcommittee compiled points for presentation at the Rules Committee’s Oct. 7 meeting. If the committee votes to advance the ordinance, it will proceed to City Council, where aldermen will cast the final verdict on a slate of reforms for the Evanston Code of Ethics and its enforcing body, the Board of Ethics.

Most of the meeting focused on refining and clarifying legalese within the ordinance, with Ald. Judy Fiske (1st) saying the ordinance should be accessible to both the public as well as City Council and the board.

The subcommittee also suggested the removal of language in the draft that would allow the board to levy penalties against the subject of the complaint. Wilson said the code did not currently grant the board this power.

The subcommittee has already run afoul of the Board of Ethics, which said it was “frustrated and disappointed” with the subcommittee’s process in a June memorandum and suggested the board was better suited to revising the code. The board also provided its own recommendations for the ordinance, including an annotated edit of a draft initially provided by the subcommittee. Wilson said questions of giving the board such powers are “all subject to further conversation.”

Wilson did not go into specifics when asked about the board’s recommendations.

“They had a lot of comments,” Wilson told The Daily. “I can’t characterize their response. I just appreciate that they spent time on it.”

Wilson said in an email to The Daily that the draft the subcommittee reviewed incorporated some, but not all, of the board’s comments. The board’s comments and annotated edit of the ordinance will also be submitted to the Rules Committee.

Ald. Ann Rainey (8th) sat at the table throughout the meeting, though she did not speak. Ethics complaints against Rainey and her subsequent actions led to the formation of the subcommittee after aldermen called for an examination of the city’s ethics code.

In October 2018, the Board of Ethics found Rainey abused her power as an elected official after a series of incidents involving the group Evanston Lighthouse Dunes. Rainey used her city email to solicit funds for the group while City Council deliberated on the future of the Harley Clarke Mansion. Evanston Lighthouse Dunes was founded with the goal of demolishing the mansion to restore the area’s dunes.

The board also ruled Rainey lacked impartiality after she used profanity and threats against Evanston residents at a fall 2018 meeting.

Controversy erupted in December after Rainey cast a tie-breaking vote within the Rules Committee that effectively halted any future action on the board’s findings regarding the ethics complaints against her.

The subcommittee was formed in January and charged with reviewing the ethics code as well as investigating issues including use of profanity in public meetings and City Council’s ability to vote on ethics code violations.

The Rules Committee will vote on whether or not to advance the ordinance to City Council at a meeting next week.