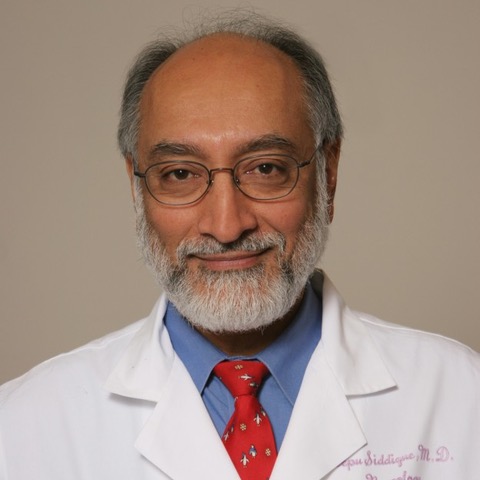 Teepu Siddique. The feinberg professor’s lawsuit, naming multiple Northwestern-affiliated defendants, alleges an “intentional” and “concerted” effort to force him out of his position.

After 28 years of employment at NU, Feinberg professor and renowned neurologist Teepu Siddique filed a lawsuit against Northwestern University, alleging a “deliberate” attempt to force him out of the work for which he was hired, in a breach of contract.

Siddique specializes in disorders of neurodegeneration and pioneered the first application of molecular genetics to ALS, developing a robust model that was cited in over 1600 scientific publications, according to the complaint.

Siddique signed a contract of employment from Northwestern Medical Group in 1990, to become effective in 1991, the suit says. Since then, he has assumed the roles as an associate professor of neurology, the neurology department’s director of research, and the director of the neuromuscular disorders program, and has had direct supervision of the Les Turner ASL Foundation.

The complaint, filed July 2, alleges that Northwestern Medical Group, in concert with its co-defendants, has “undertaken and committed multiple, intentional, deliberate and malicious violations of the contract which remains in full force and effect.”

These alleged breaches of contract include seeking the removal of Siddique from the direct supervision of the Neuromuscular Disorders program under the LES Turner Lois Insolia ALS Clinic, the ALS research program and the department’s muscle histochemical laboratory.

The complaint alleges Krainc attempted to undermine Siddique’s reputation by announcing at a 2016 faculty and staff meeting — in the presence of Neilson and the head of Northwestern Memorial HealthCare Dean M. Harrison — that Siddique had been put “out to pasture.”

The Northwestern defendants did not immediately respond to requests for comment.

The complaint also alleges that continuous funding cuts and redirection “tried to set (Siddique) up for failure by making his job responsibilities virtually impossible to perform at the highest level. Since Krainc’s appointment, and “largely by instigation,” Siddique has been forced to reduce staffing and experiments due to funding cuts from the Les Turner ALS Foundation, first by more than 60 percent and then by 80 percent, the complaint alleges.

Steven J. Rosenberg, who is representing the plaintiff in the suit, said Krainc and Neils cited the fact that Siddique’s research was operating in deficit — generating less in revenue than the money given to support the lab — as a reason for funding cuts.

In addition, Rosenberg said at Neilson’s and Krainc’s direction, the money funded to Siddique’s lab has been diverted to grants, research facilities, tech assistants and other types of help.

“Of course they’re operating in deficit, because Krainc and Neilson were causing the deficit,” Rosenberg said. “They had put a dollar sign on pure scientific research. That’s not the way research should be done.”

Rosenberg alleges the plaintiff, at 72, has been humiliated and denigrated in front of his colleagues and consistently given signals that the goal was to force him out of the roles mandated by his employment contract.

“They’re trying to eventually squeeze him to the extent that he no longer has his staff, his lab, his research facilities, and eventually the obvious play here is he throws up his hands and say he’s going to walk away, which he’s not going to do,” Rosenberg said.

With these allegations, Siddique filed for three counts of breach of contract by NMG, Northwestern, and NMHC, as well as two counts of interference with contract by Krainc and Neilson, requesting $30,000 each in damages incurred by the plaintiff.

In a response filed last Friday, NMHC, NMG and Northwestern Memorial HealthCare, said Siddique abandoned the 1991 contract when he neglected to object to the defendants’ earlier breaches of the contract by accepting increased compensations throughout his 28-year tenure.

“Plaintiff unequivocally accepted the increased compensation and additional monetary benefits on several occasions throughout his employment, even though the provision of such breached the contract,” the defense wrote.

The hospital defendants also denied that Siddique is entitled to “either the relief requested or any relief whatsoever” due to his failure to mitigate the alleged damages earlier on in his employment.

However, Rosenberg said Siddique has reached out to the defendants, but to no avail, due to Northwestern’s “extremely complex, convoluted, and confusing corporate structure.” Both Northwestern University and Feinberg stated that the issue was out of their jurisdictions.

Siddique plans to continue with discovery against the hospital defendants, interrogatories, and requests for production of documents and depositions, Rosenberg said.