BrewBike expands to Willard, other universities 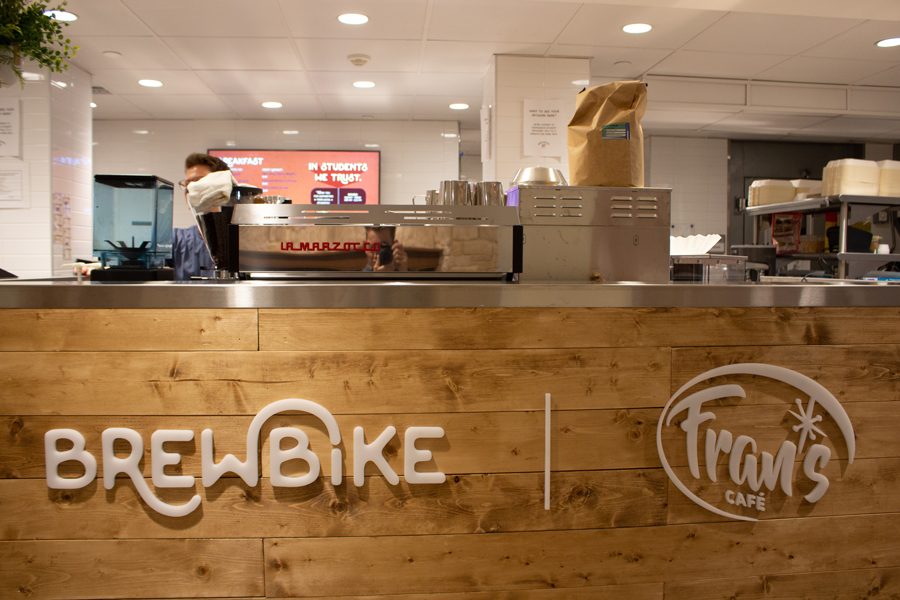 The BrewBike counter at Fran’s Cafe in Willard Residential College is no longer open. Since moving completely online, BrewBike has engaged in extensive virtual marketing operations.

On Tuesday, BrewBike opened up at the same counter in Willard, marking the coffee shop’s fourth campus location. The Northwestern startup is spreading off-campus as well, with launches at three other universities.

In Willard, the coffee shop is open during the week until 2:30 p.m., before Fran’s runs from 7 p.m. to 1 a.m. BrewBike sells espresso drinks, cold brew coffee and tea, as well as food from various local restaurants.

BrewBike CEO Randy Paris said in an email that the company jumped at the opportunity to open in Willard when they heard about it over the summer. Along with the Fran’s location, BrewBike sells from Annenberg Hall, Café Bergson and a stand by the Rock.

In 2015, then-SESP freshman Lucas Phillips founded the coffee business. Boosted by a contract with Compass Group, the University’s food provider since last year, BrewBike has grown rapidly. Paris and Phillips secured over $800,000 in seed money by fall 2018 and have since earned more at pitch competitions.

Paris, who graduated from the University of Chicago Booth School of Business last year, points out that BrewBike’s competitor Starbucks benefits from some pricing advantages because of its scale.

“Pricing is a pretty difficult needle to thread and we’re still learning,” he wrote in an email.

For Erika Rodriguez, a Communications and McCormick senior, the difference is worth it. She lives in the Evans Scholars house right across the courtyard from Willard and was shocked to see the newly designed counter for BrewBike and Fran’s.

“It’s close, convenient, and if I have to pay a couple more cents for it to be a little closer, I don’t mind,” Rodriguez said.

Sarah Lee, Brewbike’s founder and CEO at UT Austin, said in an email that opening a BrewBike location was akin to opening a business from scratch but with two main differences: She didn’t have to take on any capital risk, and her team gets to use BrewBike’s corporate support and resources.

Launch director Eli Goldstein works with the campus founders individually. Goldstein contacted a business fraternity at Miami, where he found Ally Bush. A self-proclaimed “coffee fanatic,” Bush was immediately interested and became the founder and CEO at Miami.

“There really weren’t a lot of good coffee houses on campus. It was pretty much Starbucks, and that’s it,” she said. “I always disliked that about campus, so when I heard that this was coming, I knew I wanted to be involved.”

Much like Northwestern BrewBike in 2017, the Miami team started with a bike at a central, high-foot traffic location, Bush said. They marketed with Facebook posts and a loyalty program, and success has followed — they are hoping to launch a second bike in the spring and eventually open a retail location in a building, she said.

According to its website, BrewBike now has a five-person growth team: a group of full-time employees attempting to turn the college venture into a full-blown business, while keeping students at the forefront of their brand.

Bush is one of those students, and just in time for fall, she has a request for the corporate leaders — pumpkin spice cold brew.