After over-enrollment, freshmen were assigned housing they’d never heard of 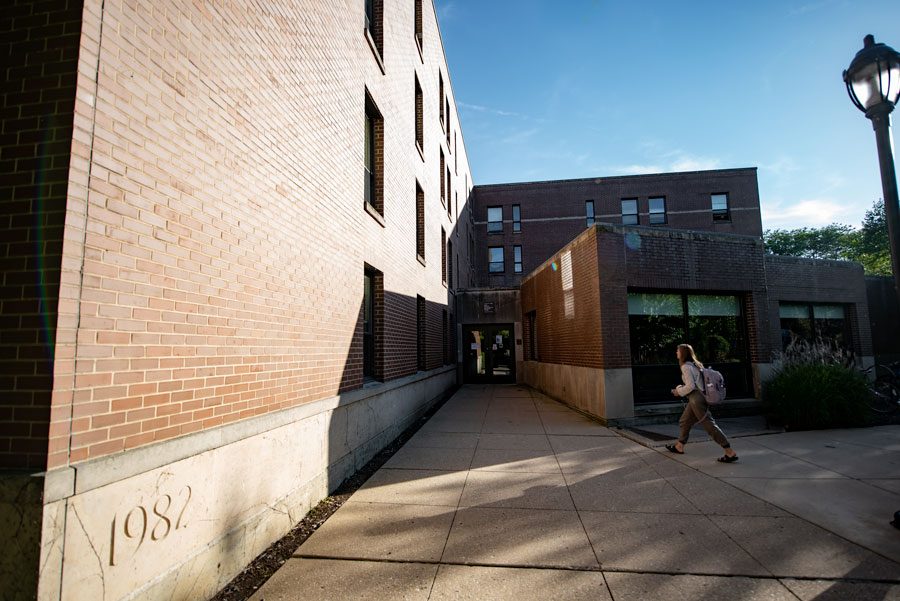 Jones Residential College, 820 Sheridan Rd. Due to over-enrollment, 152 freshmen were placed in Jones and a repurposed fraternity house this year.

When Weinberg freshman Jessica Lechuga opened her housing assignment email this summer, she said she didn’t recognize the residential hall she was assigned to.

“What the heck is Jones?” Lechuga said.

Due to over-enrollment, 152 freshman students were placed in Jones Residential College this year, last used as a fine and performing arts residential college in 2016, and 2349 Sheridan, a repurposed Beta Theta Pi House.

When incoming students were asked to rank their preferences from a list of 19 residential halls before Wildcat Welcome, the list did not include Jones and the former fraternity house. The buildings’ new residents did not know their housing assignments existed as a potential option until an Aug. 2 email from Residential Services.

Communication freshman Anna Clark was assigned a single in Jones despite having requested a double elsewhere.

“I sort of assumed that it must have been something I had forgotten ranking,” Clark said.

For some students, the surprise housing arrangement also meant they had to pay more. Zak Chorny, a Weinberg freshman, said he had to pay almost $2,000 dollars more to live in a single that he didn’t ask for.

After asking Residential Services if he could pay the price of a double, Chorny was told he would only be able to pay the lower price if he switched into a double though there were none available,” Chorny said.

The University’s acceptance rate this year rose for the first time in 10 years, and the class of 2023 — which has 2,010 students — is the largest of the current undergraduate classes, with 74 more students than the class of 2022.
Students assigned to Jones on Aug. 2 received a University email three days later detailing the reasons behind sudden changes three days after housing assignments were released.

The Aug. 5 email from Residential Services explained that the large number of incoming students in the Class of 2023 led the University to use the previously defunct Jones and 2349 Sheridan.

“We recognize that students did not have the opportunity to rank this as a preference when completing their housing contracts,” the email said.
Residents of 2349 Sheridan also received a similar email on Aug. 15, 13 days after the housing assignments came out.

Weinberg freshman Ezra Yang, who was placed in in 2349 Sheridan, said Residential Services was slow in informing them about his housing assignment.
“I was confused what this place was because it wasn’t on any of the lists for the residence halls we were ranking,” Yang said. “Then someone told me it’s a frat house, and I was like ‘I don’t want to live in a frat house.’”

The Jones assignment proved to be a definite inconvenience for student athletes, most of whom live on North Campus to be closer to Ryan Fieldhouse for practice.

Laya Hartman, a freshman on Northwestern’s women’s basketball team, said she has to start her day 20 minutes earlier for her 6:45 a.m. practice to arrive on time.

“All the other athletes are in Lincoln, Bobb, Elder, so they just have to walk across the street, but we have to walk all the way across campus,” Hartman said.

However, weeks after the initial confusion, some students have come to terms with the assignment.

“People are okay with it now,” she said. “Now that they’re here, they see it’s not as bad as they thought that it was.”