Northwestern professors weigh in on Pelosi’s call for impeachment inquiry 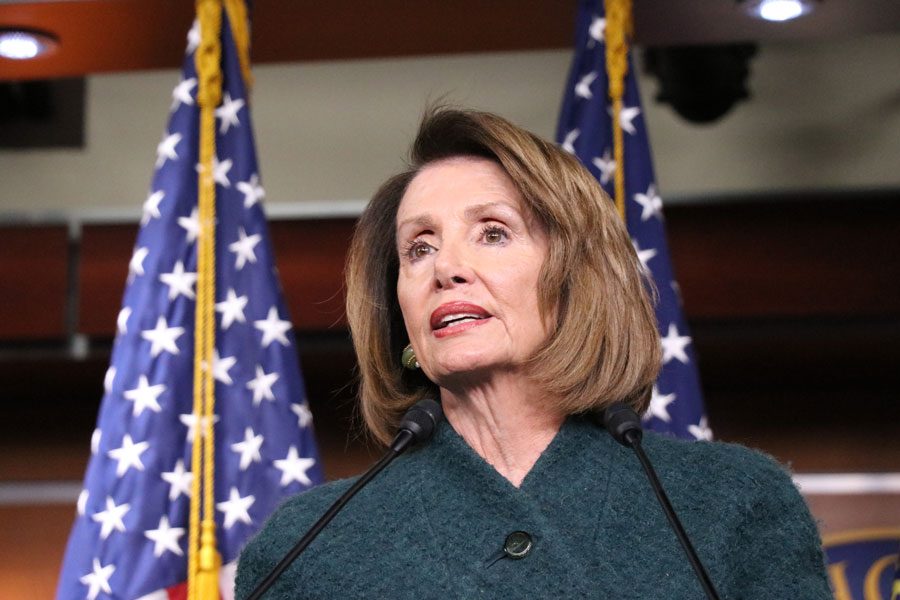 Nancy Pelosi (D-California) speaks at a press conference in early January at the capitol. Pelosi announced the start of formal impeachment proceedings for President Donald Trump on Wednesday.

Speaker Nancy Pelosi (D-Calif.) announced Tuesday afternoon that the House of Representatives will begin an impeachment inquiry, and Northwestern Pritzker School of Law Prof. Juliet Sorensen said impeachable offenses could include extortion and an attempt to get a foreign power to interfere in a U.S. presidential election.

The former assistant U.S. attorney in the U.S. attorney’s office in Chicago added that the high crimes and misdemeanors outlined in the constitution — grounds for impeachment — do not have to fit into the U.S. code of federal crimes. Impeachment proceedings are a hybrid of judicial and political investigations and processes.

“If the President of the United States has attempted to force the hand of a foreign power, by withholding U.S. aid to that power, a lesson until that power commences a criminal investigation of the son of a political opponent back here in the United States, it may not fit neatly into any crime in the U.S. code,” Sorensen said. “But it may well be an impeachable offense from the perspective of Congress.”

Since her announcement, Democrats like Rep. Antonio Delgado (D-N.Y.) have come out in favor of the proceedings, and more than 200 of the 235 House Democrats now support the move. The Senate has unanimously agreed to a resolution that would turn the whistleblower complaints that revealed Trump’s call over to the Senate Intelligence Committee.

“The actions of the Trump presidency revealed the dishonorable fact of the president’s betrayal of his oath of office, betrayal of our national security and betrayal of the integrity of our elections,” Pelosi said.

Alvin Tillery, professor of political science, said the move is long overdue. He said Pelosi’s previous hesitation derived from the political playbook of “Clinton-era Democrats” who think “so-called Reagan Democrats” will vote blue if leadership focuses on pocketbook issues. But Tillery said the playbook is wrong — ”those people are Republican voters.”

Younger members of the democratic caucus recognize that the Democratic base consists of people of color, young people, and the “40 percent of affluent urbane white voters that live in cities and suburbs,” Tillery said.

He added increasing Democrats’ strength with those demographics would counter any loss they might face with moderate voters.

“What Ms. Pelosi was doing was trying to grow her majority using a very old political playbook,” he said.

But as members of the 17-term congresswoman’s caucus grew more restive and “eager to do their constitutional duty,” Tillery said the politics over impeachment began to change. He added that the “Ukraine matter” is very troubling for national security, and weakened her previous position against impeachment.

Tillery also recalled that Pelosi was voted Speaker of the House after agreeing to term limits.

“Let’s not forget that Mrs. Pelosi was term-limited the last time she was elected because a large part of the democratic caucus felt that she was out of step with where the party was going,” Tillery said. “So by continuing to sit on her hands, she just reinforces the critique of people like Seth Moulton and others.”

While some pundits would agree that Pelosi was pulled into her decision, Medill Prof. Jon Marshall attributes the inquiry announcement to a push by the American media.

Marshall noted that with Watergate, the press played a critical role in informing the public, members of Congress and other key players in Washington about the extent of the wrongdoing in the Nixon administration. He said he sees the same thing happening today.

“In the last week we’ve seen the Washington Post, the New York Times, the Wall Street Journal, all competing for scoops that have revealed the dimensions of Trump’s alleged pressure on Ukraine to use foreign aid money for his own political purposes,” Marshall said. “So I think in both cases the impeachment calls would not have happened when they happened if it wasn’t for the press.”

Although House Democrats have managed to rally support within Congress, the call for impeachment hasn’t reached the same volume within the American public — according to a September 18 POLITICO/Morning Consult poll, only 37 percent of voters support beginning impeachment proceedings.

Marshall said this may be due to the staggering polarization of liberal and conservative journalism, with some outlets remaining highly critical of the president while others continue to support his actions. However, he noted that calls for Nixon’s impeachment took place in a similarly polarized era, emphasizing the key parallels may predict a shift in the electorate’s views.

“During much of the time of Watergate, public opinion did not support impeachment,” Marshall said. “It wasn’t until after the house judiciary committee began its impeachment hearings and those debates were heard on national television — at that point, public opinion turned more against Nixon.”

Nixon ultimately resigned before the House could vote to impeach. But Tillery said there’s a very good chance that President Trump survives the impeachment inquiry. He noted the political process will be a “bumpy ride” — but important nonetheless.

“The reality is politicians like Speaker Pelosi and others have to think about their place in history and their duty to the constitution no matter what the outcome is, political and otherwise,” Tillery said.