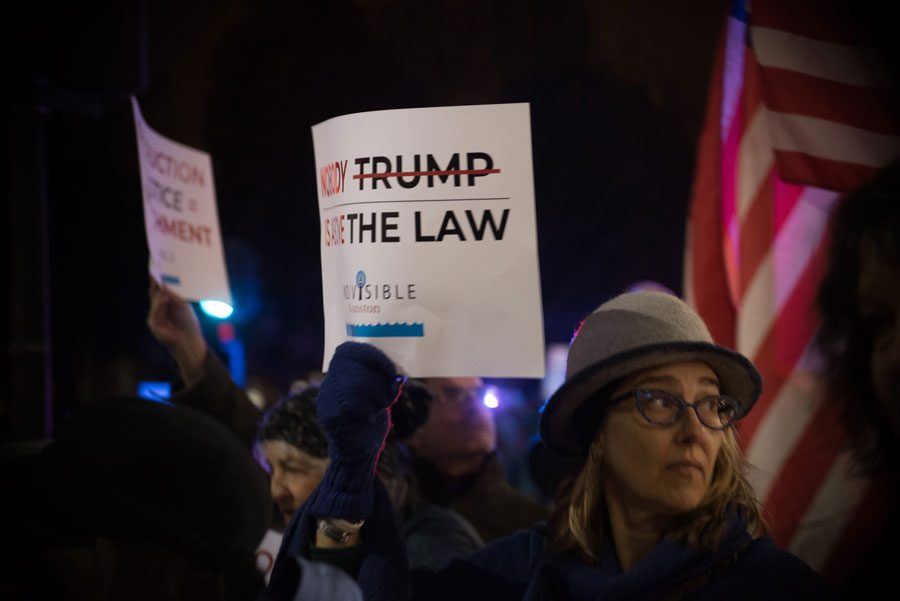 Pelosi had previously refrained from calling for formal proceedings despite the growing list of Democrats who championed the cause.

Linda Tate (Weinberg ’76) — one of the co-leaders of Indivisible Evanston, the Evanston chapter of an organization formed to “resist the Trump agenda” — said Schakowsky’s June announcement was “critical” because of her support of Pelosi.

After new allegations emerged that Trump pressured the president of Ukraine Volodymyr Zelensky to investigate former Vice President and 2020 presidential candidate Joe Biden and his son, more Democrats came out in favor of impeachment. Before the phone call with the Ukrainian president, Trump decided to hold back about $400 million in military aid for at least a week, The Washington Post reported.

The president has told reporters and tweeted that he withheld the aid because European countries were not paying their fair share of the aid and said he is willing to release an unredacted transcript of his call with the Ukrainian president.

Pelosi said she has directed six House committees to proceed with their investigations of the Trump administration “under the umbrella” of impeachment. She did not indicate when, if ever, the House will take up a vote on the articles of impeachment.

“The President must be held accountable,” Pelosi said in her Tuesday announcement. “No one is above the law.”

As of Tuesday night, 202 House Democrats have said they will vote to begin impeachment proceedings, including 12 Illinois Democrats, according to The New York Times. Of the 12 members of the Chicago-area Congressional delegation, 11 support impeachment. No House Republicans have said they will vote for impeachment proceedings, though none of the Illinois Republicans have publicly stated they do not support the inquiry, The New York Times reported.

U.S. Rep. Dan Lipinski (D-Ill.), a moderate Democrat who opposes abortion and voted against the Affordable Care Act, is one of 16 House Democrats who have either said it is not the time for impeachment or who remain undecided. However, Lipinski released a statement Tuesday indicating he is considering supporting impeachment after the new allegations against the president.

“No president can withhold foreign assistance in order to force a country to investigate someone because they are a political opponent,” Lipinski said. “If President Trump conducted a quid pro quo such as this it would be an impeachable offense.”

Tate said Indivisible Evanston will launch a phone campaign to encourage Lipinski’s constituents to compel him to support the proceedings.

Durbin, one of the first Senators to publicly favor impeachment, said Trump’s attempt to solicit damaging information about a political opponent from a foreign power merits an impeachment inquiry.

“It’s very appropriate that every lawmaker in Illinois, whether they’re Democrat or Republican, come out and support it finding the truth,” Tate said. “It goes against the Democrats this time and it’ll go against the Republicans the next time.”