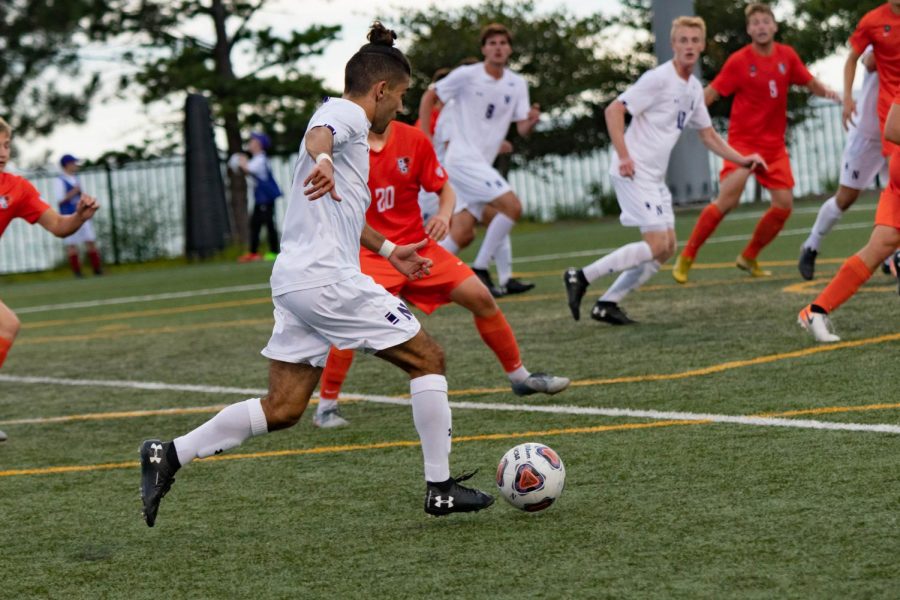 It’s been a while since Northwestern won four straight games.

The Wildcats came close in 2014, with a tie separating two pairs of wins, and they got even closer in 2017 with three straight wins in the middle of the season. But the last time NU won at least four games straight was 2013.

The Cats (4-3, 1-0 Big Ten) have a chance to reach that magic number again Tuesday. Currently on a three-game winning streak, NU will look to fend off its neighbors, Illinois-Chicago (6-1, 2-0 Horizon) at home and keep its record well above .500.

Though the Flames beat the Cats 3-1 last year, NU is in a different position than a year ago. For one, the Cats just beat the defending national champions, No. 25 Maryland, 3-1 on Friday.

“Winning in the Big Ten is hard — winning on the road in the Big Ten (is) even harder,” coach Tim Lenahan said. “Defeating the defending national champions is a special win.”

NU has also upped its scoring in the past few games. Until Sept. 12, the Cats had only scored once, and since they’ve found the back of the net seven more times — and quickly, too.

“We never quit. We had good energy. We worked hard,” Lenahan said.

But despite this hot streak, UIC still won’t be easy competition.

The Flames come to Evanston with a five-game win streak of their own and a host of talented players. One of those standout players is forward Bar Hazut, who leads the Horizon League in points and goals. He’s scored seven times this season — one fewer than all Cats goals combined.

Midfielder Jesus Perez poses another threat to NU. The senior won Horizon League Player of the Year last year and led the NCAA in assists with 12. This year, Perez is almost halfway there with five.

Lenahan, however, still has confidence in his players.

“We’re creating chances,” he said. “I still think we have a very good team.”