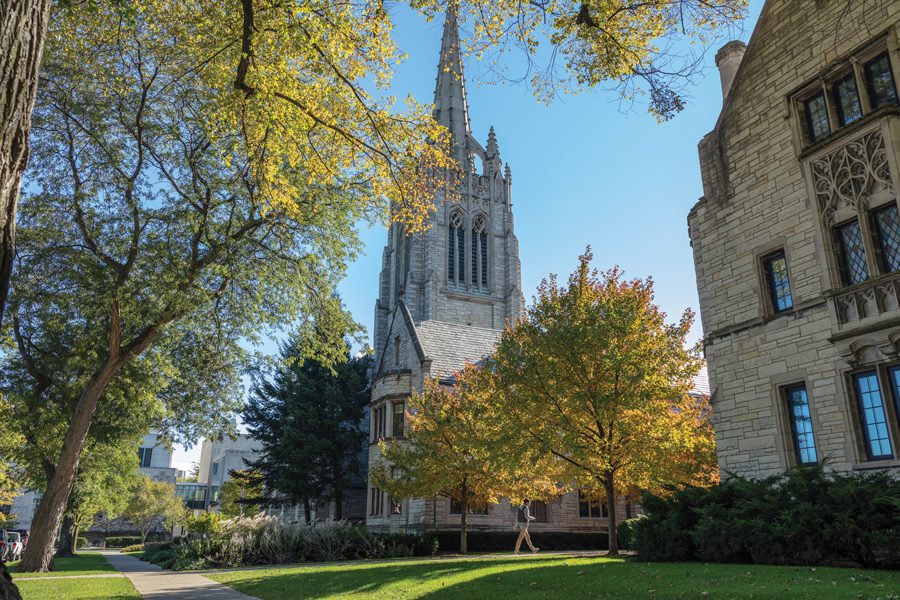 In a social media post Friday, Prof. Justin Martin said he regrets the “poor wording in the original tweet.

A Northwestern professor is apologizing for a tweet wishing his followers a “Happy 9/11” after the University rebuked him in a statement and called the comment “disgraceful.”

In a social media post Friday, Prof. Justin Martin said he regrets the “poor wording in the original tweet. ‘Happy’ is not how I remember 9/11, and I apologize to 9/11 survivors and others I offended.”

Northwestern condemned Martin for the Tweet, which also brought attention to the U.S. involvement in the deadly Yemen conflict.

In a statement Thursday, President Morton Schapiro and Provost Jonathan Holloway rebuked the remarks and emphasized that “his views are his own.”

“Northwestern University finds it disgraceful that he makes light of the horrors of 9/11,” the two said in a statement. “This is insensitive and deeply disappointing, particularly on the anniversary of the terror attacks.”

Martin, a journalism professor at NU’s campus in Qatar, received pushback after posting the controversial tweet earlier this week.

“Happy 9/11 more than 8,441 civilians died in Yemen this year helped by US arms dealt to Saudi Arabia & UAE,” he wrote. “The US is complicit in far more terror than it has ever suffered.”

The country commemorated the 18th anniversary of the September 11 attacks this week, in which 2,977 people died after hijackers crashed planes into the New York World Trade Center, the Pentagon and a field in Pennsylvania. The aftermath resulted in an American-led global “war on terror” that largely failed to defeat terrorism but contributed to destabilization and violence in the Middle East.

Martin originally followed the post with a defense, saying he saw terrorism “up close” during the 2005 Amman bombings. “All terrorism should be denounced, not just in rich countries,” he said.

The U.S. provides billions of dollars in arms to the Saudi-led coalition fighting Iran-backed rebels in the Yemen Civil War. Estimates placed the death toll of the war around at least 91,600 people since its 2015 breakout.

I'm part of a small percentage of Americans who have seen terrorism up close. I was living in Amman in 2005 when Al Qaeda suicide attackers bombed multiple hotels and killed dozens of people. All terrorism should be denounced, not just in rich countries https://t.co/NDCMGPFcJX

This isn’t the first time NU leadership sought to distance itself from controversial comments from its faculty. Earlier this year, Schapiro and Holloway rebuked incoming Prof. Steven Thrasher after he spoke in support of the Boycott, Divestment and Sanctions Movement during a commencement ceremony.

In response to the statement, Martin had said he didn’t “agree I made light of 9/11, but rather criticized disparity in how terror victims are acknowledged in different places, but I understand the tweet angered some.” Hours later, he apologized.

A University spokesman declined to comment when asked to clarify the statement and the reason for the public rebuke.