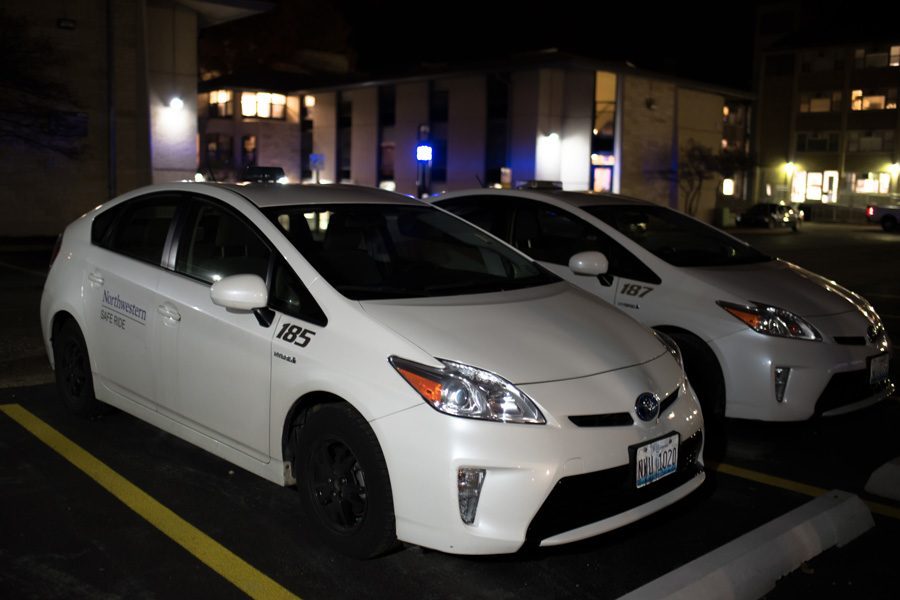 Safe Ride vehicles. Safe Ride is set to be replaced by the ride share service Via this upcoming academic year, though the deal is not yet finalized.

Northwestern has confirmed it will move forward with the plan to replace Safe Ride with Via despite student pushback, Jim Roberts, the University’s executive director of division services, told concerned students in an email Sunday.

Roberts’ email was written in response to emails from more than 100 students asking for more information on the University’s contract with the ride share service Via, which will fully replace Safe Ride beginning this fall.

In the email, which bore the subject line “Accountability to SafeRide Drivers,” Roberts explained that the University’s “desire to increase service quality, reliability, and safety” of the service drove it to make a deal with Via.

Complaints about wait times, difficulty with employee recruitment and retention and an overall decline in the quality of service factored into the decision to make the switch, which has been in the works since spring, Roberts told The Daily last month.

He added that “ensuring the welfare” of the ex-Safe Ride employees, many of whom need to find alternate employment, is important to Division of Student Affairs.

“We’ve reached out to all 20 students affiliated with Safe Ride to offer assistance in finding appropriate replacement positions at Northwestern,” Roberts wrote. “We are now actively working with students to secure other opportunities.”

Students can expect a formal announcement with more details concerning the Via deal sometime “in the upcoming weeks,” Roberts added. The agreement has not yet been finalized.