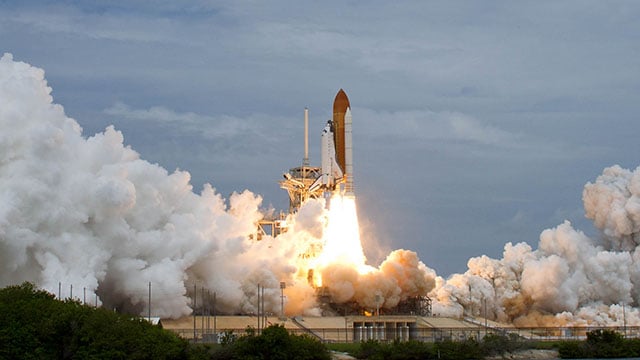 Space flight can affect the bacteria in a mouse’s gut microbiome, which may have larger implications for human astronauts.

Bacteria in the gut microbiome can be affected by a lot of things, like dietary habits and physical health. Northwestern researchers have discovered space flight also belongs on that list.

They analyzed microbiome data in mice using the Similarity Test for Accordant and Reproducible Microbiome Abundance Patterns tool. The team also compared data from space and Earth-based studies to look at the effects of radiation in the gut, according to a Northwestern news release.

They found that space flight consistently changed the abundance, ratios and diversity in gut bacteria in the mice — which may have larger implications for human astronauts.

Neurobiology research Prof. Martha Vitaterna, one of the study’s authors, and her colleague Prof. Fred W. Turek were leaders on the microbiome section of NASA’s Twin Study. They tracked the physical changes astronaut Scott Kelly experienced compared to his Earth-bound twin Mark. However, the two did not collect enough data from their study of Scott Kelly’s altered gut microbiome to apply their research to humans in general.

This research is not new — NASA has been studying microgravity’s effect on mice for years, delivering a first group of the animals to the International Space Station in 2014.

However, it can be challenging to analyze all the data collected because so much of it exists in the first place. The gut houses hundreds of bacterial species and individuals may have unique communities of those bacteria at the start of an experiment, which makes tracking changes difficult.

Thus, the STARMAPS tool was used to pull data from different experiments and even it out. Researchers could more easily see new bacteria abundance patterns under various conditions.

“There wasn’t a statistical approach for doing this work,” Vitaterna told Northwestern Now. “The tools didn’t exist, so we invented them. It’s a classic case of how necessity is the mother of invention.”

Habitat had a big impact on mice in the spaceflight group and the ground control group, which was housed in a simulator that reflected space habitats, matching gas composition, temperature and diet. Their microbiomes were vastly different from the Earth-bound mice — but were not identical either.

Researchers tried to figure out what could cause the inequalities between mice who were truly in space and who were in a simulation. They posed radiation exposure and microgravity as possible explanations, but said more study is needed.

“Understanding the factors that can reduce this kind of microbiome change would be useful information to have — for offsetting the effects of stress on Earth,” Vitaterna said. “Understanding what genetic factors contribute to differences in bacterial strains will be useful for developing countermeasures that can protect your microbiome during stressful periods.”

Their NASA-supported study, “Reproducible changes in the gut microbiome suggest a shift in microbial and host metabolism during spaceflight,” was published last week in the journal Microbiome.