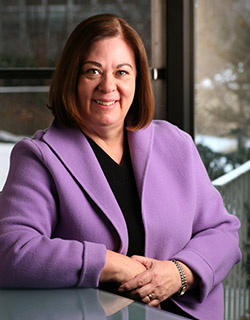 After 20 years as dean of the School of Communication, Barbara O’Keefe will step down from the position in 2020, according to a Northwestern news release.

O’Keefe will continue in her role, which she has held since 2000, for one more year before officially retiring Aug. 31, 2020, Provost Jonathan Holloway said. Holloway also said the University will put together a committee this fall to launch a global search for O’Keefe’s successor.

Shortly after O’Keefe’s tenure began, a series of retirements led to the hiring of increasing numbers of women and people of color among the School of Communication’s faculty, the release said.

“In an era when communication skills and platforms are constantly changing, Dean O’Keefe has been instrumental in making Northwestern a role model in both theory and practice in communication arts and sciences,” Holloway said in the release.

Before arriving at Northwestern, O’Keefe was the director of the University of Michigan Media Union. According to the release, she has also edited two books and written more than 60 technical publications.

During her time in Evanston, she has worked with Northwestern University in Qatar to establish one of the first two degree programs at the University’s Doha campus — a Bachelor of Science in Communication. O’Keefe is also a professor of communication studies.

After retiring, she said she is looking forward to having more time to write and being able to act as an advocate for change.

“Throughout my tenure, Northwestern’s leadership provided amazing support for our plans to rebuild the school, investing in our facilities, graduate programs and faculty,” O’Keefe said in the release. “The gratitude I feel toward them is boundless. I have loved being part of the great project they gave me, but it has taken 100 percent effort, every day and every year.”