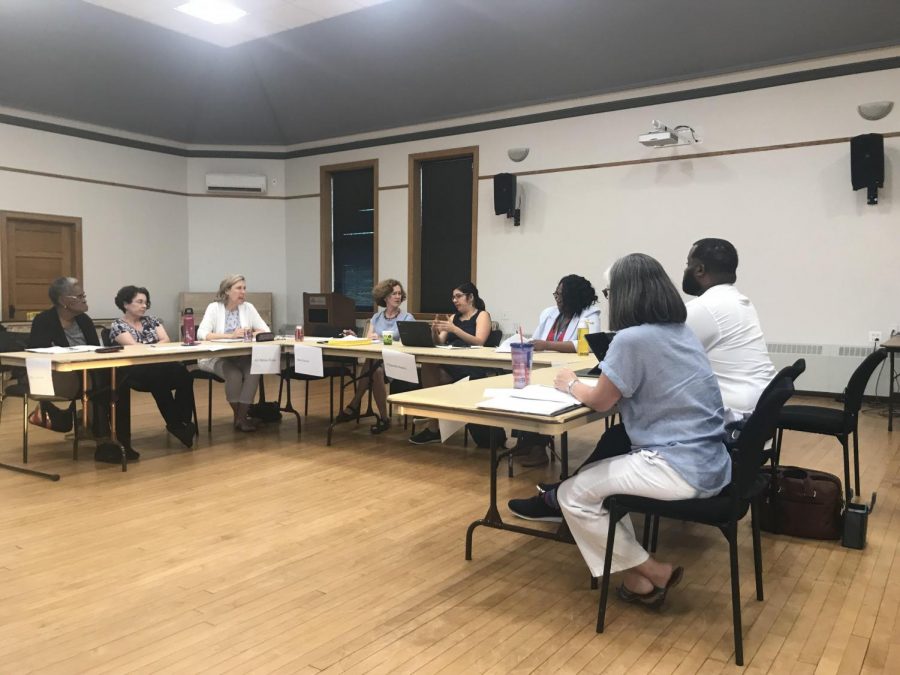 The Evanston Equity and Empowerment Commission continued discussions regarding reparations on Thursday.

The Evanston Equity and Empowerment Commission met Thursday to discuss the progress of a recently-established subcommittee addressing reparations to black residents.

At last month’s commission meeting, Ald. Robin Rue Simmons (5th) presented a proposal for a subcommittee to address the wealth and opportunity gap for black Evanstonians created by historically discriminatory economic and housing policies. On Thursday, commissioners summarized two different meetings from the past week held by the subcommittee, “Solutions Only.”

The group conducted meetings July 11 and July 13 to discuss plans of action for reparations in the form of increased resources for black residents. Commissioner Delores Holmes was the moderator for both meetings.

“I was really inspired and excited by the excitement of the group but also by the cooperation of everyone,” Holmes said.

The July 13 meeting centered on community members’ recommendations about possible restorative efforts for Evanston residents. The meeting included community member discussions for five categories — history/culture, finance, education, institutions/systems and power structure, which were discussed in separate small groups and then shared with the larger group.

“I’m really grateful that it was an inclusive process,” Rue Simmons said Thursday. “It was important to me that it was community-led.”

Rue Simmons and several community members at the meeting requested swift and concrete action on the ideas created in the subcommittee — in the form of bringing resolutions and motions to City Council in the hopes of getting them passed.

“I ask for a really aggressive timeline on getting this done so that this isn’t just aspirational,” Rue Simmons said. “Intentional repair is the only way to get some progress in this case. It might be uncomfortable but I see no other way to address it.”

Rue Simmons said in this calendar year, she hopes to see policies beginning to repair damage to black communities in Evanston caused by years of discriminatory policy.

The subcommittee also discussed the possibility of a reconciliation initiative. Based on records from the July 13 meeting, residents and commissioners addressed community reconciliation and potential resources needed to execute it.

In creating a community reconciliation initiative, meeting attendees focused on education and history, stressing the importance of acknowledging Evanston’s past in order to achieve reconciliation. Several consideration points are listed in the meeting records, including the history of black families in Evanston, and Northwestern University’s role in the city’s history.

Commission Chair Jane Grover said a “skeleton” outline of the reconciliation initiative would be provided to the entire committee at its next meeting on August 15.

“We are the right entity that represents the city that can kick this off and lead this,” Ald. Melissa Wynne (3rd) said. “There might be other entities that can take over at some point, but this is where it should start.”