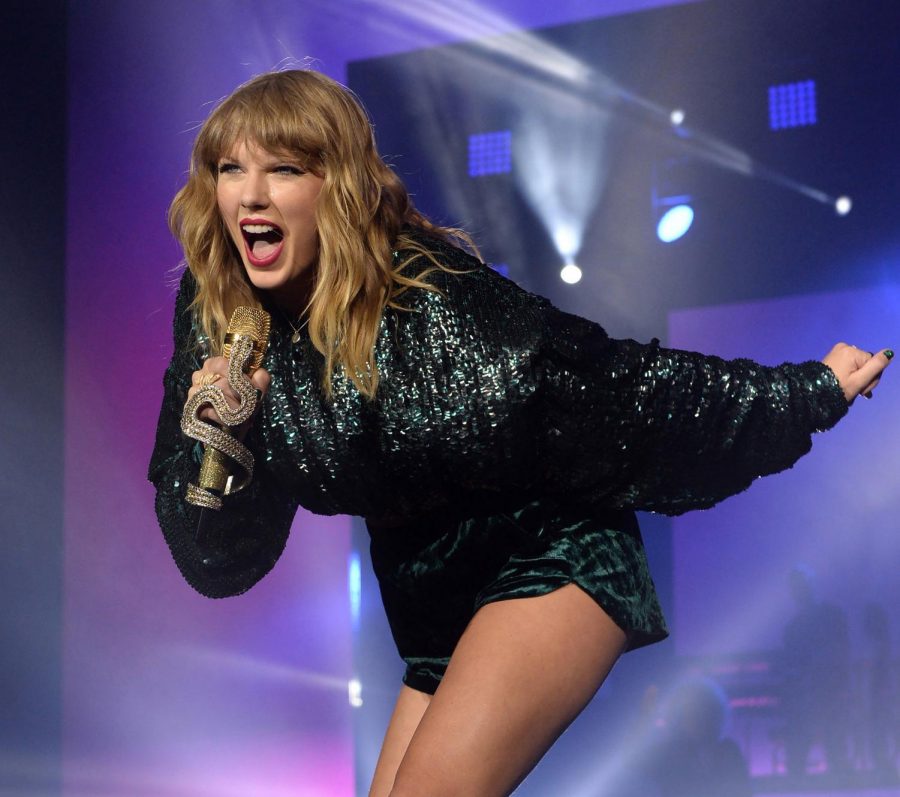 Ever since Taylor Swift spoke out about Scooter Braun acquiring Big Machine Records, and therefore ownership of all of the masters recordings of her first six albums, the story has made recurring appearances in the news. Countless celebrities, from Justin Bieber to Kelly Clarkson, have weighed in on the situation from varying sides.

While much of the conversation has centered around personal issues between Swift and Braun, a larger question still arises — should artists be entitled to own their songs?

My natural inclination is to answer yes, as it only seems fair to allow musicians ownership of work that’s personal to them. Swift wants you to think this as well, making an emotional argument in her Tumblr post about the issue as she mentions “music I wrote on my bedroom floor and videos I dreamed up and paid for from the money I earned playing in bars, then clubs, then arenas, then stadiums.”

However, the reality is that the majority of artists signed to labels don’t own their own masters, according to a Billboard article about the issue. While I’m hardly an expert on the legal side of the music industry, I have been to enough open mics and underground shows to know that there are plenty of hard-working, talented musicians who release their music independently of a record label, by choice or otherwise. While they are able to retain full ownership of their songs, they don’t have the privilege of making a comfortable living from their music alone.

For better or for worse, signing a contract implies an understanding of a tradeoff between your personal rights and the career boost of a respected label. Despite the sentimentality with which we treat it, music is still a business, and Swift should know that better than anyone. Her latest estimated net worth amounted to $360 million, a value that I doubt she would’ve reached solely by self-promotion.

There are obviously more layers to this story than a standard legal rights battle. Given Swift’s contentious history with Braun, the fact that he owns her masters seems to upset her just as much as the very fact that she doesn’t. Furthermore, she also takes issue with not being offered a chance to buy back her songs. According to Swift, the only option to gain ownership of her masters was by signing a new deal with Big Machine Records and earning them back with each new album.

Nonetheless, the argument that writing songs on your bedroom floor should grant you indefinite rights to that music is no more than a shameless appeal to pathos. Intellectual property rights are neither new nor exclusive to the entertainment industry. Plenty of other businesses require their workers to give up autonomy over their own work in exchange for the stability and benefits that come from their employment. For example, it’s not uncommon for tech companies to make their employees sign an agreement that any side projects they conceive while working at the company will belong to their employer.

I’m not vouching for the morality of this practice, but profitable industries have a long history of taking advantage of smart, earnest workers in order to benefit a few major players. It doesn’t only become unfair once it happens to Taylor Swift.

In an ideal world, Swift would own her own masters, and so would every other artist, regardless of with whom they produced. It’s a shame that we needed an outspoken multi-millionaire to grab the public’s attention on this issue, but now that she has, it’s time we make up our minds on how we allot value in the music industry.

Emily Wong is a Medill junior. She can be contacted at [email protected]. If you would like to respond publicly to this op-ed, send a Letter to the Editor to [email protected]. The views expressed in this piece do not necessarily reflect the views of all staff members of The Daily Northwestern.