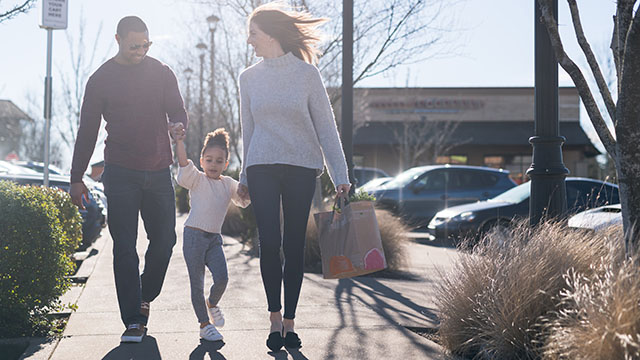 A child plays with their parents. Researchers have recently found evidence supporting a unique set of stereotypes that can be faced by biracial Americans.

Northwestern researchers have found evidence that a unique set of stereotypes can be applied to biracial Americans, one of the fastest-growing demographics in the country. The team published the study, “Not Quite Monoracial: Biracial Stereotypes Explored,” earlier this month in the Personality and Social Psychology Bulletin.

Focusing specifically on individuals who held two racial identities, the study’s authors said they originally believed a combination of stereotypes could be applied to both racial groups. For example, a person with black and white parentage would experience stereotypes leveled against both black and white people.

However, they discovered many of them faced unique experiences, both positive and negative, attributed to their biracial identity, rather than their parents’ identities.

“This suggests that people might actually think of biracial people as their own racial group, rather than just a combination of their parents’ racial groups,” Sylvia Perry, co-lead author of the study, said in a news release.

Perry, a psychology professor at Northwestern, said she and her team found that biracial people tended to be stereotyped as unable to fit in. She said this suggests people do not perceive them to belong to either group. Biracial individuals, regardless of their background, are also generally stereotyped as being attractive or beautiful, Perry said.

The study showed “biracial individuals were generally seen to be an equal mixture of their parents’ racial groups,” which researchers said surprised them. When considering people like former President Barack Obama, who is usually referred to as black, Perry said she originally thought the stereotypes surrounding black and white individuals might align more with black stereotypes than white ones.

“Either way, biracial individuals were generally seen to be an equal mixture of their parents’ racial groups,” she said.