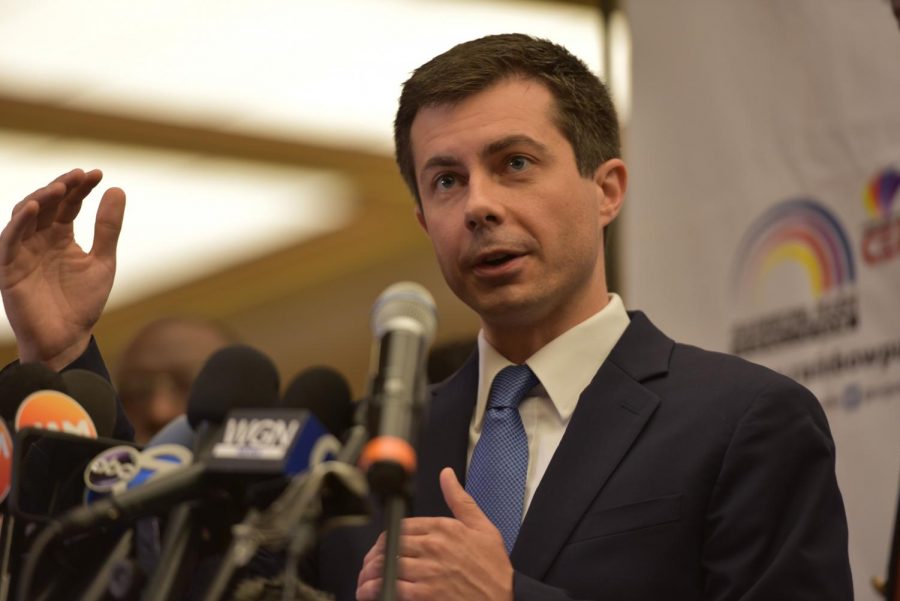 Democratic presidential candidate Pete Buttigieg spoke at the Rainbow/PUSH Coalition breakfast about the recent shooting of a black man by a white police officer in South Bend, Indiana.

Joined by Rev. Jesse Jackson — two-time presidential candidate and founder and president of Rainbow/PUSH — Buttigieg spoke at a news conference before the breakfast and gave an address during the event. Rainbow/PUSH is an international membership organization focused on securing and protecting civil rights.

His appearance at the convention came during unrest in South Bend over the shooting of Eric Logan, a black man who was killed by a white police officer June 16.

Buttigieg most recently participated in the second of last week’s democratic debates. The presidential candidate was questioned on the shooting and the racial composition of the South Bend police force, and responded, “Because I couldn’t get it done.”

“We’re not the only city facing this challenge,” Buttigieg said. “But I’ll accept responsibility for the fact that we have not reached the point we want to get to.”

Jackson defended Buttigieg’s handling of the situation in remarks to the press.

“I think he’s done well for an awkward situation,” Jackson said. “It’s a teachable moment for all of us.”

The presidential hopeful continued this theme of responsibility during his speech, and said dealing with the fallout of the shooting will not only be difficult for the black community, but difficult for members of law enforcement “who will have to face some hard truths.”

The candidate also addressed his relationship with black voters.

“I’ve been asked how I’m going to earn the black vote in the polls 10 times more often than I am asked how my policies would actually benefit black Americans,” he said. “It’s as if I’m being asked how to win (rather) than how to deserve to win.”

A Politico poll in May showed that only 21 percent of black voters felt “enthusiastic about” or “comfortable with” Buttigieg. A CNN poll released Monday, following last week’s debate, showed him polling at 0 percent among black voters nationally.

Buttigieg is one of several presidential candidates to speak at the convention in the past five days. In addition to speaking to racial disparity in the U.S. and in South Bend, the mayor outlined his “Douglass Plan,” aimed at increasing economic prosperity in black communities. Buttigieg also commented on other limits to freedom in the U.S., including gun control, abortion and mass incarceration.