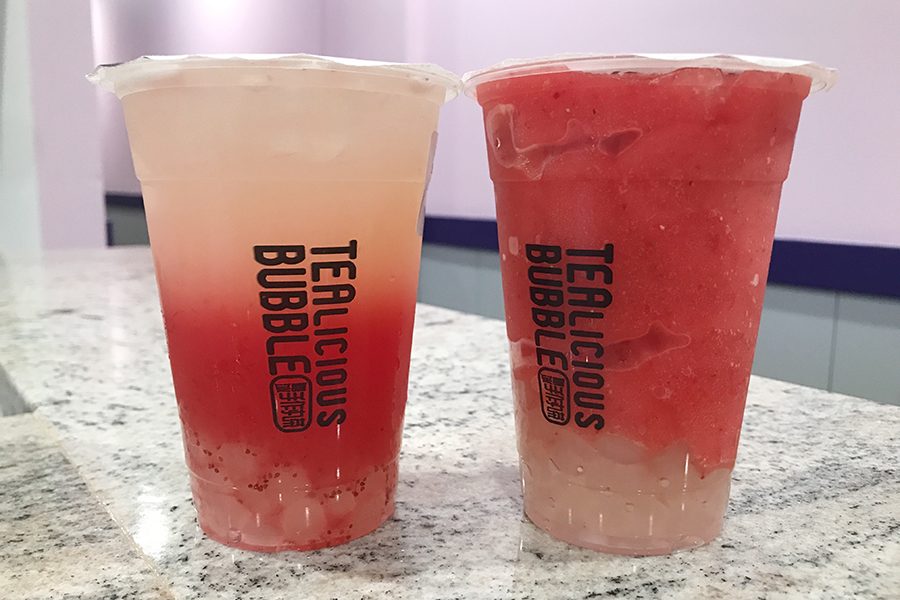 “This is my dream store. I’ve always wanted to run a business like this, like a small cozy bubble tea shop or coffee shop,” said Zhong. “Just give people some place to hang out, for the families.”

Zhong grew up drinking traditional plain tea, and was first introduced to milk tea while studying in Scotland more than 20 years ago. Years later, bubble milk tea from Taiwan began to take the world by storm. By then, Zhong was a parent and said she became skeptical of the health effects and food safety of powdered milk, fructose and artificial tapioca bubbles commonly found in drinks from popular chains.

A stay-at-home mom until recently, Zhong and her husband agreed a year ago that the timing was right and began the process of traveling to Taiwan to take bubble tea classes, finding a location and working with manufacturers. Zhong manages the vision and day-to-day operation of the store while Ku communicates with Taiwanese distributors.

Zhong said before the opening, she was afraid Evanston residents would not enjoy her store because Americans are accustomed to coffee-based beverages. But she was surprised by the community’s positive response and students’ desire for healthier bubble tea options.

“I’m really happy when I see the customers smile and give me really good reviews on Yelp,” Zhong said. “All of the students who come often, that is my biggest reward,” she added in Mandarin.

In the short-term, she hopes to become the go-to bubble tea destination in Evanston that focuses on quality. In the long-term, she dreams of expanding to additional locations.

Tealicious Bubble has been met with a generally positive response from Northwestern students.

“It tastes like home,” said Travis Liang (Weinberg ’19), a student who lived in Taiwan. “I think the tea tastes pretty similar, pretty authentic I’d say. A little competition makes people step up the game, and it’s a breath of fresh air.”

Alice Wu (Communications ’19) said she thinks Tealicious Bubble is a “nice upgrade” from the bubble tea previously available in Evanston. She added that the Evanston branch of Kung Fu Tea, one of the biggest boba sellers in America, needed competition.

“They had a monopoly on boba in Evanston,” Wu said. “I really appreciate that the pearls are hand-made… I’ve come like maybe every other day.”