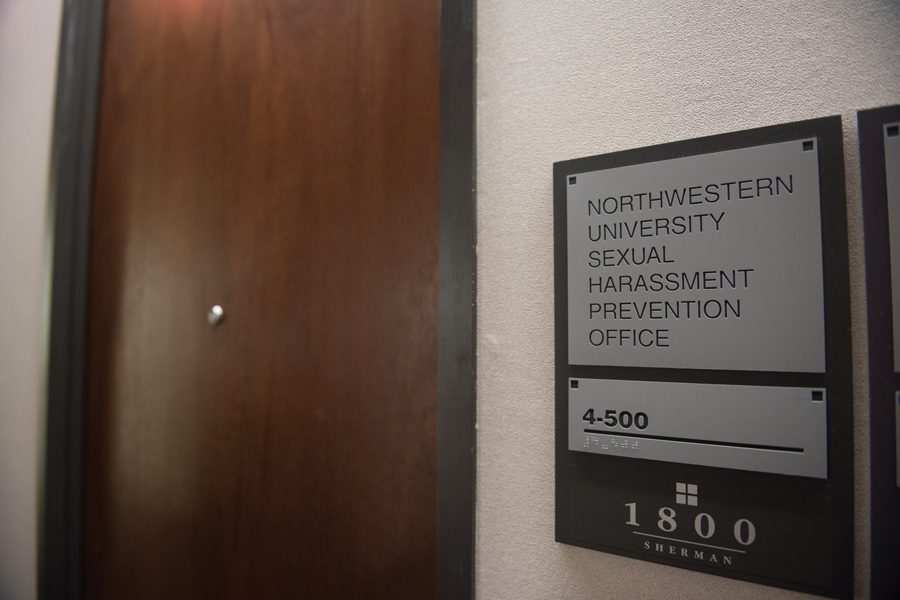 The U.S. Education Department is investigating claims that Northwestern failed to offer due process to two men accused of sexual misconduct against female students.

The two men, an athletic recruit and NU student at the time of the alleged incidents, claim in separate complaints to the agency that they were denied a fair Title IX process and are accusing the University of gender discrimination. Northwestern opened two separate Title IX investigations — one after the recruit was accused of sexual violence and one after the student was accused of sexual assault.

The complainants are asking for corrective actions and reversals of apparent action taken against them as a result of Northwestern’s investigations. One accuses the University of engaging “in the gender-biased practice of ‘always believing the victim.’” The complaint also accuses the University of violating Education Department guidelines for investigations of sexual misconduct.

The grievances are detailed in documents requested by The Daily through the Freedom of Information Act. Citing FOIA exemptions for an “unwarranted invasion of personal privacy,” The Education Department redacted 50 of 73 documents they found relevant to the request and heavily redacted others.

In an email, a Northwestern spokesperson did not respond to questions regarding the specifics of the investigations, but said the University provided information to the agency in December and January, and that it would oblige with future requests.

“The complaints were both filed by individuals found responsible for sexual misconduct under the University’s Policy on Sexual Misconduct,” the spokesperson said. “The University will continue to provide information to OCR if asked.”

“No policies or procedures have changed as a result of the filing of these complaints,” they added.

The news comes amid an expected overhaul of Title IX procedures at college campuses across the country. In November, Education Secretary Betsy DeVos unveiled a proposal of the regulations that would bolster the rights of the accused with measures like cross-examination and the repeal of the so-called single-investigator model. The proposal was met with backlash and an overload of comments, with some Democratic members of Congress urging DeVos to reconsider her plan.

Northwestern administrators have said they support much of the agency’s attempt to make the process equitable, though they share some concerns with students, including the potentially harmful effects of requiring cross-examination.

Title IX is a federal law that prohibits gender discrimination in federally funded schools. In recent years, school officials have used the law as a mandate to protect students from sexual assault, violence and harassment.

At Northwestern, Title IX complaints that undergo a formal resolution process are investigated by University officials. In some serious cases, the process includes investigative reports, the opportunity to dispute investigators’ findings, a hearing with a sanctioning panel and an appeals process.

But men’s rights groups and due process advocates like the Foundation for Individual Rights in Education have criticized colleges for disregarding fair processes and discriminating against men. DeVos’s proposal seeks to address those criticisms by strengthening due process rights to those accused of sexual misconduct.

This isn’t the first time Northwestern has been denounced for alleged flawed investigative procedures. In 2017, Communication Prof. Laura Kipnis penned a book in which she referred to NU’s Title IX process as “kangaroo courts.” Later that year, an expelled student sued the University claiming “grievous mishandling” of a sexual assault investigation and gender bias.

The complaints that prompted the Education Department to open investigations into Northwestern’s Title IX process in October 2018 mirror those criticisms.

The athletic recruit accused the University of discrimination on the basis of race, sex and age, as well as retaliation. He was accused of sexual violence against a student and apparently received disciplinary action from Northwestern. He is asking NU to “reverse & expunge the Title IX findings and/or allow” him “to have due process for the Title IX proceedings.”

“Either process would allow [redacted] to reinstate his name, character and reputation so he can be admitted into a Division 1, high major university,” the complaint reads. “This reverse process should also amend [redacted] ability to be admitted into a prestigious university with reputable academic, afford more career prospects and increase his earning potential.”

The complaint also asks for Northwestern to publicly post the findings of its investigation on social media, submit documents to “each college that declined his admission” and provider clearer information and Title IX resources to its coaches, recruits and parents.

Paul Kennedy, an Athletic Department spokesman, said prospective student athletes often visit Northwestern on “official” and “unofficial” visits, but did not say whether they receive information related to Title IX. It’s unclear who filed the complaint, or whether the male was an adult at the time of the alleged action.

The second complaint claims NU “engaged in a flawed Title IX process” and failed to conduct a fair investigation. It accuses investigators of a “gender-biased investigation” that ultimately found the student responsible for sexual assault.

In a reference to alcohol consumption during the alleged incident, the complaint says Northwestern “lessened the standard for being unable to consent from requiring incapacitation to intoxication.” University policy currently states that “incapacitation is a state beyond drunkenness or intoxication” when alcohol is involved.

The complaint alleges investigators did not allow him to correct a final investigative report before a panel hearing. Additionally, the complaint says investigators excluded witnesses that would have supported his defense and failed to otherwise follow Title IX guidelines from the Education Department.

The complaint was filed by Tracy Turner of Ohio, who represents students in college administrative proceedings. Turner declined to comment on “pending cases.”

The agency investigation is looking into NU’s “procedural requirements” under Title IX. The two cases were listed as “Pending Cases Currently Under Investigation” on the department’s website as of late May, when it was last updated. A spokesperson for the agency confirmed the existence of the investigations, but declined to comment, citing its policy that prohibits comment on open investigations.