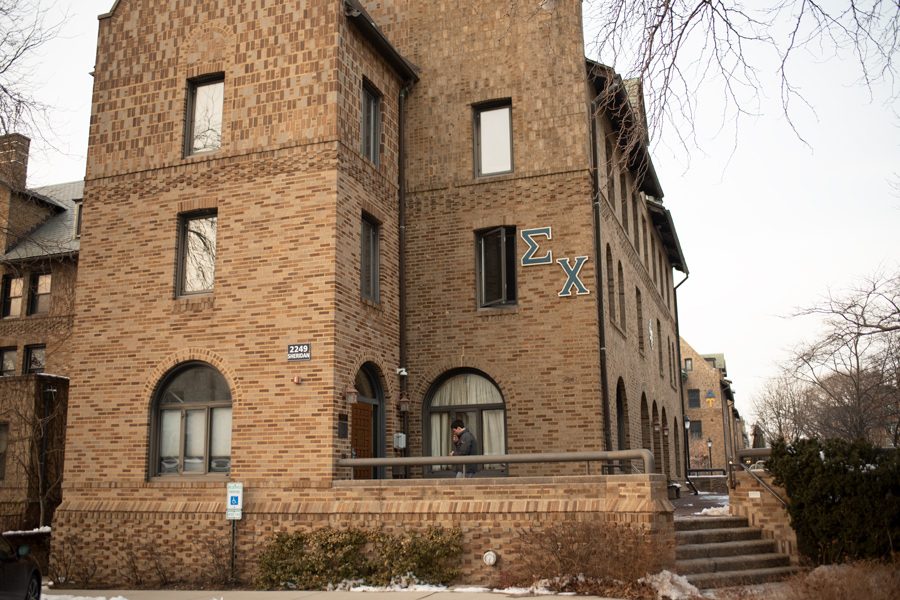 The Sigma Chi fraternity in Northwestern’s fraternity quad. A former president of the Sigma Chi Home Association is accused of stealing $460,000 from the organization.

The former president of a Northwestern fraternity’s home association was charged last week with stealing more than $400,000 from the organization.

Peter Schellenbach, 77, is accused of stealing more than $460,000 from the Sigma Chi Home Association, a nonprofit operated by alumni of the fraternity that collects dues to manage the undergraduate house, Illinois Attorney General Kwame Raoul said in a statement.

Prosecutors allege Schellenbach, who was the Sigma Chi Home Association’s president from 2006 to 2012, took dues from undergraduate members of the fraternity and invested more than $267,000 in Iraqi dinar with the Sterling Currency Group. The money was lost after Sterling’s co-owners and chief operating officers were convicted on charges of fraud in Georgia.

“This individual used his position to steal money that should have been used to maintain housing on which students relied,” Raoul said. “My office will work to ensure he is held accountable for his elaborate scheme to steal hundreds of thousands of dollars from students, alumni and board members who placed their trust in him.”

In a statement, Michael Church, the executive director of Sigma Chi International Fraternity, said the organization does not directly manage the home association, and that he was “shocked” to learn of the allegations.

“We strongly encourage everyone connected with our chapter at Northwestern to fully support Attorney General Kwame Raoul in his prosecution, as the association and the undergraduate members it works to benefit are the true victims in this unfortunate situation,” he said. “In the event that the accused is found guilty in a court of law, we believe Mr. Schellenbach should face the consequences of his actions and be punished to the fullest extent of the law.”

Schellenbach allegedly used some of the funds for personal expenses, including online trading, credit card payments and expenses to the Chicago Yacht Club, Raoul said. When members of the organization approached him about the money, Schellenbach said the withdrawals were loans, despite not having the money to repay them.