The Daily Northwestern • May 31, 2019 • https://dailynorthwestern.com/2019/05/31/campus/solr-alleges-compass-employee-mistreated-and-abused-dining-hall-workers-calls-for-his-removal/ 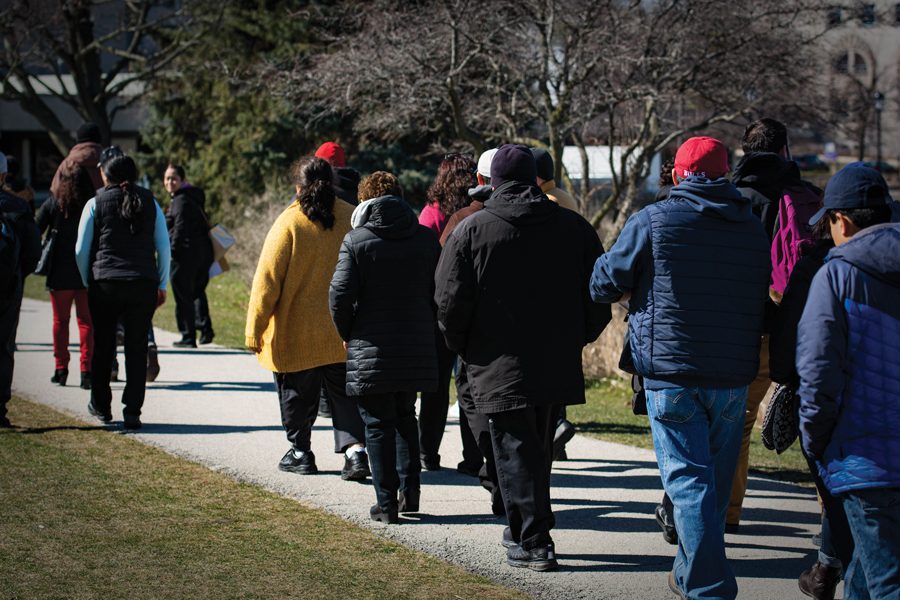 Students Organizing for Labor Rights, a group working toward improving conditions for service workers on campus, alleged Wednesday that a Northwestern employee has been mistreating and abusing dining hall workers and called for an email campaign to have him fired from the University.

Luis Garcia, a Compass Group North America employee and manager in some of the dining halls, has been “abusing, mistreating, and manipulating” service workers, SOLR members wrote in a tweet Wednesday. Garcia was also accused of “blaming survivors of sexual harassment,” “creating workplace conflict” between people of color and “forcing workers to do jobs not required.” SOLR also alleged that the University has ignored workers’ complaints about Garcia.

Luis Garcia is abusing, mistreating, and manipulating our workers. Several dining hall staff have reported him; nothing has been done. @NorthwesternU + Compass are dismissing the health and safety of our friends. Please take a MINUTE to send this email: https://t.co/PCSUp4VftK pic.twitter.com/Sp64P3fPQF

Multiple service workers have filed grievances against Garcia, said Weinberg junior and SOLR member Allyson Bondy, for offenses such as verbal abuse and use of racist language. Anonymous workers reached out to SOLR asking for help after Compass didn’t act on their complaints, Bondy said.

“Instead of just firing him, Compass has been moving him to different dining halls around campus,” Bondy said. “He’s been a problem in every single dining hall he’s been at. This isn’t okay and he needs to be gone completely.”

Byrdsong has received “inquiries via email,” she said.

Northwestern Dining will be taking the allegations against Garcia seriously as it does “all allegations involving the safety and well being of our guests and associates,” Georgene Sardis, the Compass marketing director, told The Daily in an email.

“When a grievance is raised, it is thoroughly investigated with the results collaboratively agreed upon by the Unite Here, Local 1 Union, Compass Group human resources department and the involved parties,” Sardis wrote. “Appropriate action is taken in each situation with merit.”

The push for Garcia’s removal comes three months after SOLR circulated a petition calling for Compass to treat its employees more fairly. The February petition demanded Compass take its employees’ complaints regarding their treatment seriously and to hold managers accountable for “verbal abuse and racist harassment.”