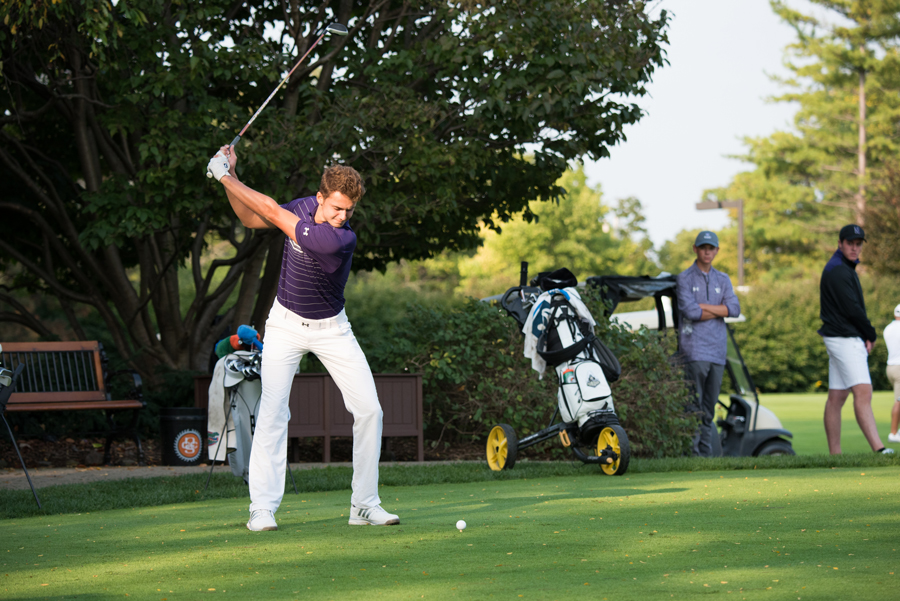 Ryan Lumsden takes a swing. He’ll graduate as one of the best golfers in program history. (Daily file photo by Lauren Duquette)