The Daily Northwestern • May 29, 2019 • https://dailynorthwestern.com/2019/05/29/lateststories/illinois-bill-to-remove-abortion-restrictions-passes-house/ 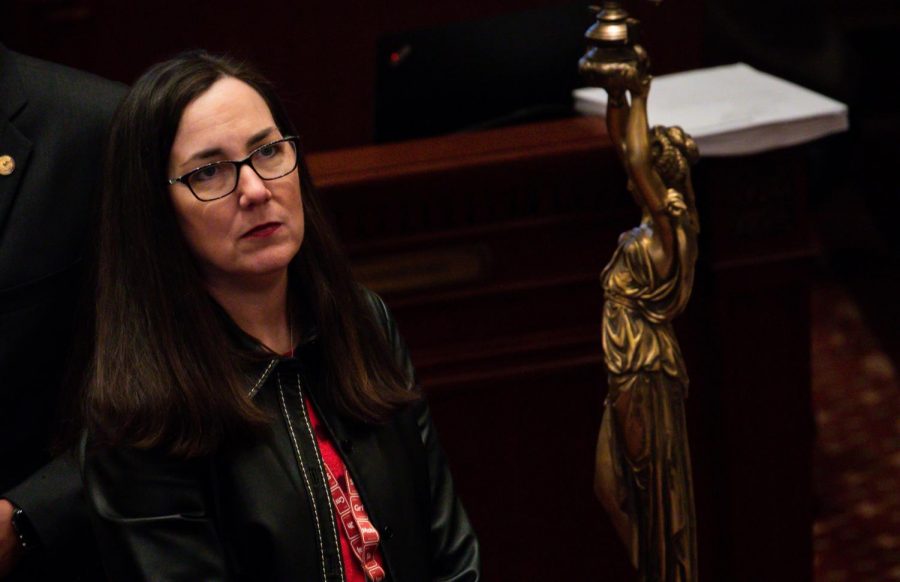 State Rep. Kelly M. Cassidy (D-Chicago) on the floor before the Illinois House. The House passed a bill Tuesday that would remove barriers to abortions at the state level.

The Reproductive Health Act calls for the repeal of parts of several laws and revokes other laws outright, such as the Illinois Abortion Law of 1975. According to the Chicago Tribune, the bill would remove anti-abortion measures in state law such as spousal consent, waiting periods, criminal penalties for physicians who perform abortions and restrictions on facilities where abortions are performed. Many of these measures are not currently enforced during court injunctions.

The governors of Indiana, Ohio, Missouri, and Kentucky have all signed legislation into law this year restricting abortion access. Lawmakers anticipate a possible challenge to the landmark Supreme Court case Roe v. Wade, which legalized abortion nationwide nearly 50 years ago. State Rep. Kelly Cassidy (D-Chicago), one of the bill’s sponsors, says abortions in Illinois could be impeded if Roe v. Wade is overturned with the current laws, infringing on women’s rights.

“Today, Illinois says we are better than this war on women,” Cassidy said.

State Rep. Avery Bourne (R-Raymond) criticized the bill, characterizing it as a “massive expansion that will impact viable babies.” Democrats maintained that the bill codifies current practices in the state, and that more restrictive abortion laws disproportionately affect low-income and vulnerable populations.

The House voted 65-40 in favor; the bill now heads to the state Senate.