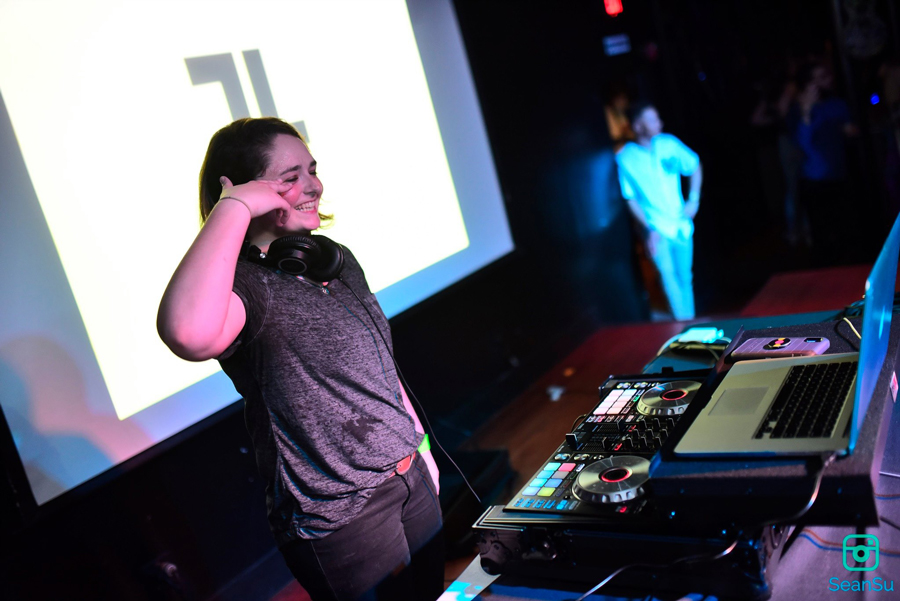 Dillo Day 2019’s theme may be “retro,” but this year’s lineup looks nothing like it has before.

Three solo female artists have never performed on the Dillo Day main stage in the same year. But on June 1, Teyana Taylor, Anna Lunoe and Daya will change that. Having three women make up the majority of main stage performers has been “a long time coming,” Mayfest co-chair Molly Dudas said.

And this year, the second stage is co-sponsored by For Members Only and will feature entirely black artists, including Monique Heart, the eighth-place finisher on Season 10 of RuPaul’s Drag Race. But while Mayfest has made a concerted effort to post a more diverse lineup, they’ve continued to struggle with other issues of inclusivity.

How the Dillo gets made

Koyote Meiners-Rios, who is the head of booking, said the team starts discussing names in August. After brainstorming, students begin contacting agencies and getting quotes — a performer’s price estimate — from the artists they are interested in. They use that information, plus the student poll sent out in the fall, to select the final lineup.

The Communication senior said the decision requires balancing availability, price range, popularity and other factors. She added there are many festivals, like Governor’s Ball in New York, on the first Saturday in June, which further complicates the decision.

“It’s very fun but you have to be very thoughtful in your decisions, obviously, because you’re working to pick a lineup of five artists that are going to define Dillo for a lot of people,” she said.

With Dillo Day being the largest student-run music festival in the nation, Meiners-Rios said she feels a responsibility to help set music industry trends in the right direction.

Just as this year’s Dillo Day lineup includes a record number of women, Mayfest’s 2019 executive board does too: before co-chairs Dudas and Emily Davidson, Mayfest had never had two female co-chairs serve at the same time. And before artist selection, members of this year’s executive board were all on the same page about their priorities: better representation in the lineup.

Meiners-Rios said the difficulty in booking a diverse array of artists is a reflection of greater problems in the music industry.

“There are just more white male artists out there than there are any other thing,” she said. “You could throw a rock and hit one.”

“It’s just supply and demand,” she said. “People are willing to pay more just because there’s less of it out there.”

Dudas added that even if a male and female performer cost the same, if the male artist was of much greater recognition than the other, Mayfest would not be achieving true equality. For example, she said that there are few female EDM artists most people would know, and because of this, they are exponentially more expensive than others. Communication junior Caroline Hughes, better known as Luminosity,  said this year’s EDM artist, Anna Lunoe, has her own individual voice, but gets less recognition than male DJs.

Hughes said while the DJ community on campus has a lot of women, EDM is a very male-dominated field, and many female producers are not taken seriously.

She said that there has been a lack of women in Dillo Day’s previous lineups, especially within EDM.

“I’ve seen women in the past, but I feel like they’ve been overshadowed by bigger male artists,” Hughes said.

But Meiners-Rios was not interested in hearing any of the “easy excuses” she had heard in the past. Previously, she said the word “sacrifice” had been thrown around — people wanted more diversity, but they did not want to spend the money to achieve it. Meiners-Rios said this year, she viewed gender diversity as a priority, not a sacrifice.

“It was my personal goal to look at the lineup in a more thoughtful way and to push for diversity,” she said. “In a way like, ‘This is something that is a top priority and if we don’t get it done, essentially we failed.’”

One step forward, three steps back

Even with the increased diversity, both within Mayfest’s leadership and Dillo Day’s lineup, both Meiners-Rios and Dudas emphasized that there is still work to be done.

On May 25, Mayfest Productions shared an apology for three racist incidents that had occurred this quarter. During promotional video filming, a Mayfest member mistook an Asian member of a band for another Asian performer. Another promotional video for the eventual announcement of Teyana Taylor featured the use of the word “tea” and the student organization was called out for appropriation of black queer culture. In addition, Mayfest released a Battle of the Bands teaser including footage of the student band PROM D8, which includes people of color and members of the queer community, without giving them credit.

The incidents circulated on social media, where students called out Mayfest for their insensitivity. On Facebook, PROM D8 wrote that “we felt exploited not only because we are artists, but because we are one of the ONLY queer, trans, poc, inclusive bands in the entire scene being exploited purposely FOR our aesthetic.” And on Twitter, @jessiturassdown called out the organization for using black queer slang in Taylor’s promotional video without using black actors.

A WHOLE TEASER USING BLACK QUEER SLANG + NOT A SINGLE BLACK BODY IN IT @Dillo_Day ??? NO CHRIS ROCK AS AN ANIMATED ZEBRA DOES NOT COUNT!!

In response, Mayfest issued an apology, saying “racism and bias in any shape or form, conscious or unconscious, are unacceptable.”

“Our intent was never to isolate or harm any marginalized communities on this campus,” the statement read. “However, the impact of our actions did have this effect, and for this we take full responsibility.”

Change on the horizon

In the apology, Mayfest committed to “meeting internally and with other campus resources to determine which steps we can take to ensure that our members have the cultural awareness and education to create a space free of micro-aggressions for our student performers and peers.”

Meiners-Rios said the group had a Diversity and Inclusion chair for the first time this year, who also serves on the booking committee. Now that her committee has finished their work for this year’s festival, she said they will look to consult people more knowledgeable about topics like diversity to ensure that Dillo Day is a place where all can feel comfortable and belong.

“Campus is so diverse and I’ve personally seen the effect that seeing someone on stage or in the lineup that reflects any part of your identity can have on a person,” Meiners-Rios said. “It’s so powerful to see that and not just have a bunch of white male people out there because that’s not true to what campus really is.”

Dudas said some members of Mayfest have brainstormed ways to help address these issues, and that the group has some concrete plans coming. She added that she hopes the group can build upon the momentum of lineup diversity in future years, regardless of who is in leadership.

“I’m very proud of the work that we’ve done and I think that we still have a lot of work to do,” Meiners-Rios said. “Hopefully this three out of five female artists is the start of a momentum to carry us into bigger change and sustained change that will be carried on for years to come.”

This story was also updated to clarify that some members of Mayfest have brainstormed ways to address issues of inclusivity.