The Daily Northwestern • May 27, 2019 • https://dailynorthwestern.com/2019/05/27/campus/in-rebuke-of-incoming-professor-northwestern-unequivocally-rejects-israel-boycott-movement/ 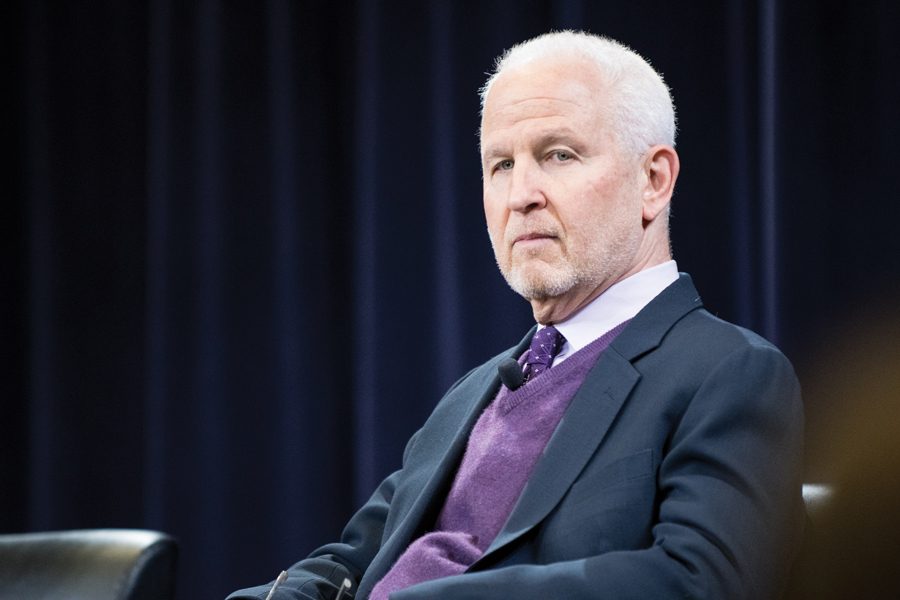 Northwestern President Morton Schapiro rejected an incoming professor’s support for the Boycott, Divestment and Sanctions movement. In a statement, he said Northwestern ‘unequivocally rejects’ the movement.

Northwestern entered the political fray of the Israel boycott movement Friday, rebuking a professor who praised supporters of the boycott and taking the opportunity to voice its opposition.

University President Morton Schapiro and Provost Jonathan Holloway criticized incoming Medill Prof. Steven Thrasher and comments he made during a commencement speech earlier this week commending supporters of the Boycott, Divestment and Sanctions movement. The two said they support Thrasher’s academic freedom, but rejected his support for BDS.

“We do not share all of his views, nor do we feel commencement was the appropriate venue to express them,” they said in a statement. “However, academic freedom assures his right to hold them.”

“Northwestern as an institution unequivocally rejects BDS,” the statement continued. “To the contrary, we value our many relationships with a variety of universities and research centers in Israel.”

The statement puts University leadership at odds with many of its students, including the Northwestern chapter of Students for Justice in Palestine, a national organization that supports BDS.

This also isn’t the first time NU has entered the public political debate. Most recently, it’s been a critic of Trump immigration policies restricting travel and and visa policies increasing regulations for international students.

Thrasher drew condemnation after he praised student groups at New York University for supporting the BDS movement during a speech at the school’s graduation ceremony Monday. He said the NYU community was “called to” support BDS “against the apartheid state government in Israel.”

“This is our NYU legacy, that we are connected in radical love, and we have a duty and a privilege in this position to protect not the most popular amongst us but the most vulnerable amongst us…in every place that we work,” he said.

I think “NYU Graduation Speaker Calls Trump ‘Fascist,’ Endorses BDS” is the best headline a conservative outlet has ever used to post about me https://t.co/dLQ7chQ5Rl

In his speech, Thrasher also called U.S. President Donald Trump a “fascist” and called on attendees to “stand together to vanquish racism and Islamophobia and anti-Semitism and injustice and attacks on women.” Northwestern did not respond to those comments.

Thrasher will join Northwestern this June as a professor focusing on issues related to social justice and focused on the LGBTQ community at the Medill School of Journalism, Media, Integrated Marketing Communications.

BDS is a Palestinian-led effort to end international support for Israel by promoting various forms of boycotts of the government. They oppose Israel’s occupation of the West Bank and other territory and says it is in violation of international law.

Under Schapiro’s leadership, Northwestern has gone on record opposing the BDS movement, most notably in 2013 after the American Studies Association approved a resolution calling for a boycott of Israeli higher education institutions.

“The students of Northwestern, the elected representatives, did a vote that I might not agree with — don’t agree with,” he told The Daily.