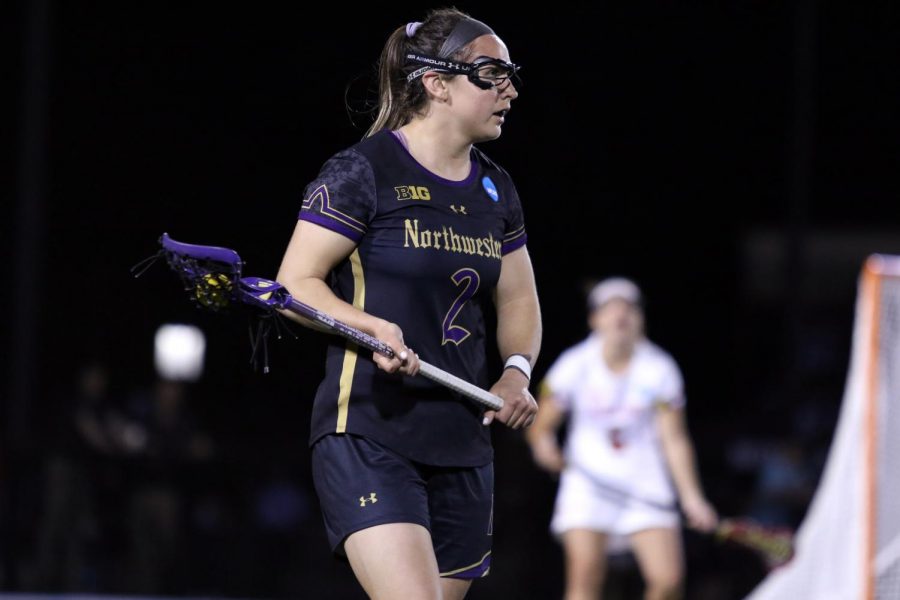 BALTIMORE — Northwestern’s 2019 season came to an end in Baltimore on Friday, as the No. Wildcats lost 25-13 to Maryland in the Final Four.

Freshman attacker Izzy Scane led NU with five goals, but it wasn’t enough to stop a Maryland offense that scored its first goal less than two minutes into the game and didn’t stop from there. The 25 goals were the most the Terrapins have scored in coach Cathy Reese’s 11 years at the helm, and the most a Cats team has allowed in a game in the Kelly Amonte Hiller era.

A late, double-overtime ending in the day’s first semi-final between Boston College and North Carolina and a 25-minute delay due to a broken shot clock forced the game to start more than 90 minutes past its original start time, meaning that play continued at Johns Hopkins’ Homewood Field until almost midnight.

The Terrapins hopped out to a 3-0 lead, but the Cats responded with two goals in a 40-second span from Scane.

Maryland kept the pressure coming, hitting all of their first eight shots of the game. The Terrapins found openings in the 8-meter arc to make moves and score unassisted goals, eventually taking a 9-6 lead.

The Cats had their offensive chances, but sloppiness on clears in the midfield, on short passes and on ground balls right in front of the cage led to 10 first-half turnovers. Maryland capitalized on that on their end of the field, building a four-goal advantage with five minutes left before the break and taking an 11-7 lead into halftime.

NU scored four goals coming out of the break, but Maryland won a handful of draws to hold on to possession. Junior attacker Brindi Griffin dominated during the second half, scoring three goals in a row and growing her total on the day to a game-high six.

Goalie Megan Taylor had an incredible day in net for the Terrapins, with 10 saves and a number of huge stops on free-position attempts in the first half. NU went without a goal for the 19 minutes of the game.

In their final games for the Cats, senior attacker Selena Lasota had three goals and goalkeeper Mallory Weisse had six saves.