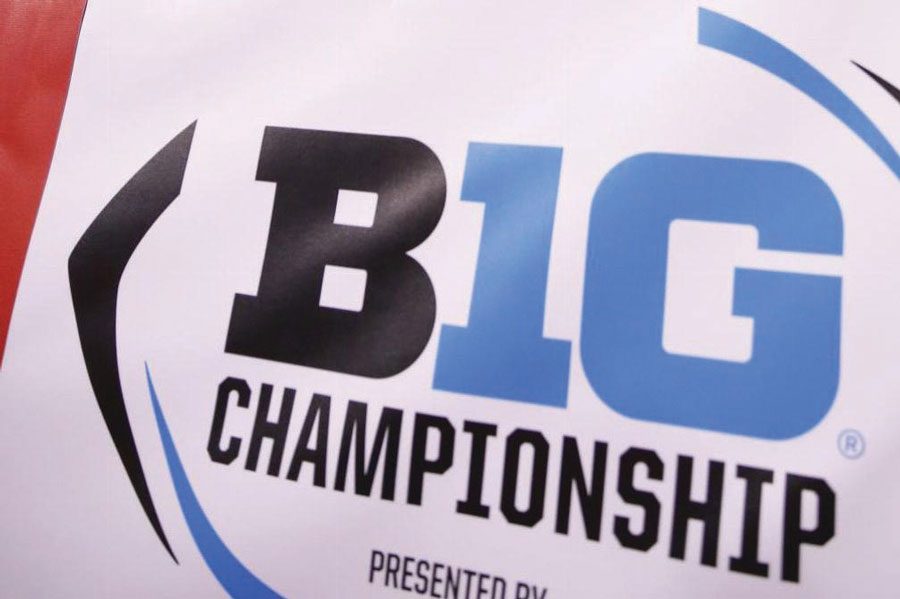 Northwestern and the Big Ten’s nine other long-standing members received a record payout of $54 million for the 2018 fiscal year.

The Big Ten raised nearly $759 million in revenue during the 2018 fiscal year, according to federal tax returns provided by the conference last week to USA Today. Northwestern and the conference’s other nine long-standing members received a record payout of an estimated $54 million, the highest among all major conferences in the country.

The conference reported $512.9 million in revenue for the 2017 fiscal year, making this past year’s total a 48 percent increase. The per-school distribution — given in full to the ten long-standing members like Northwestern and partially to Maryland and Rutgers, who both joined the Big Ten in 2014 — increased to roughly $54 million from $38.5 million in 2017, according to the report.

The $759 million total largely exceeds that of any other conference. In February, the SEC announced a total revenue of around $604 million and a per-school distribution of about $43.1 million. The payouts for the other three major conferences — the Big 12, the ACC and the Pac-12 — were each projected to fall below $37 million for the 2018 fiscal year. 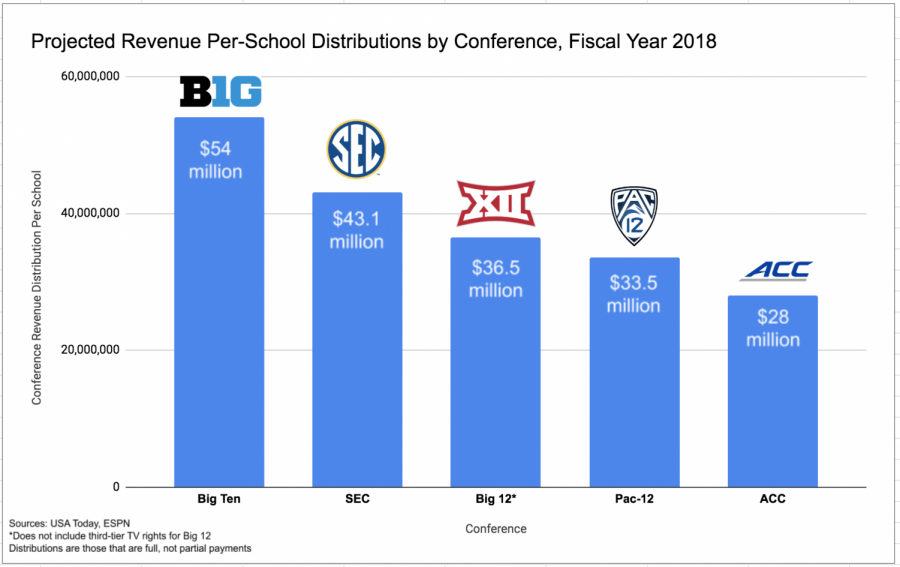 USA Today also reported that long-standing Big Ten member institutions like Northwestern “received more money from one revenue source than the vast majority of Division I athletics departments had in total.” More than two-thirds of the 213 public-school athletic programs outside the Big Ten reported less than $54 million in operating revenue for fiscal 2017, the report said.

While conference per-school shares make up a large chunk of a university athletic department’s total operating revenue, ticket sales and sponsorship deals also contribute to that number. The most recently available data from the U.S. Education Department’s Equity in Athletics study showed that Northwestern’s grand total revenue across all sports was $92.3 million for the 2017 fiscal year.

Northwestern’s number is an almost $8 million increase from fiscal year 2016, and a more than $60 million increase since 2003, the first year for which the data is available. The $92.3 million in revenue is still the second-lowest in the Big Ten, according to the department’s study — Ohio State and Michigan led the conference with reported revenues of nearly $204 million and $173 million, respectively.

Football revenue for Northwestern increased by nearly $11 million to a total of $49 million for fiscal year 2017. The men’s basketball program reported a $5 million increase to $19.6 million for 2017, the year it made the NCAA Tournament for the first time ever. The men’s and women’s golf teams reported the next two highest revenues, at $335,045 and $340,095 respectively.

A February report compiled by consulting firm College Sports Solutions for Rutgers University predicted that the full per-school distributions that Big Ten institutions receive will increase to more than $69 million by 2029.