The Daily Northwestern • May 23, 2019 • https://dailynorthwestern.com/2019/05/23/city/evanston-development-cooperative-proposes-coach-houses-as-alternative-affordable-housing/ 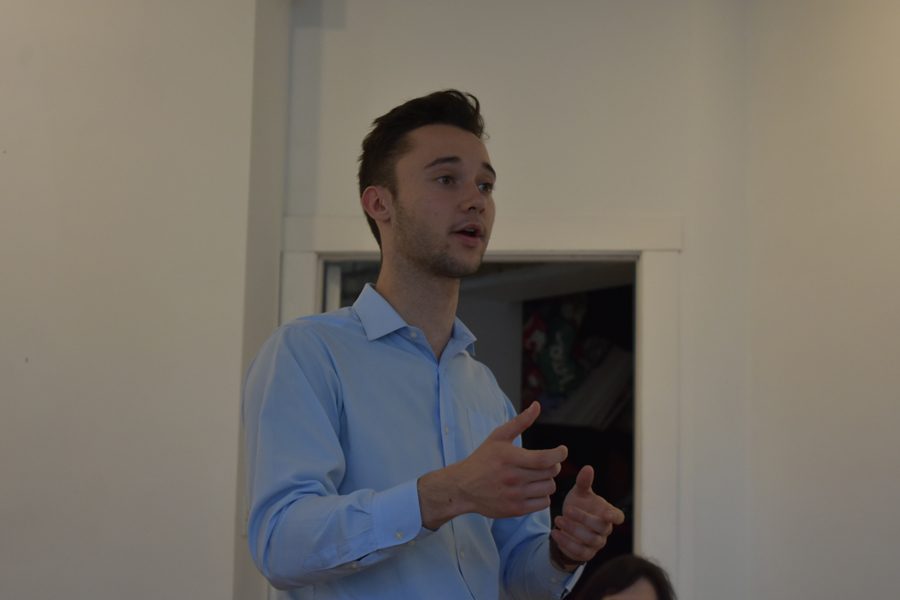 Affordable housing in Evanston typically comes in the form of units within apartment complexes, but the Evanston Development Cooperative is proposing a new project: coach houses.

Built above detached garages or behind the main house, coach houses are detached one- or two-bedroom homes with a kitchen and bathroom included. EDC — an Evanston-based cooperative that designs and builds environmentally sustainable homes with a goal of housing equity — presented their idea at a 2nd Ward community meeting Thursday.

Lisa Degliantoni hosted the meeting at her live-work space in the 2nd Ward. Degliantoni and her husband converted the space to contain an art gallery in the front, with bedrooms, a kitchen and a bathroom behind the gallery.

Ald. Peter Braithwaite (2nd) said Degliantoni is not the only resident in the neighborhood near Florence Avenue who has voiced interest in using housing space in a creative way. Partnering with EDC could be a way to use people’s properties to produce affordable housing in Evanston, he said.

“The lots are so interesting — some of your homes have these beautiful garages that almost look like homes,” Braithwaite said. “We’re looking at expanding every single opportunity and putting more tools in our tool belt to keep Evanston affordable.”

EDC president and co-founder Dick Co — a former chemistry professor at Northwestern University — developed housing material that minimizes waste and can withstand natural disasters. With this material, the co-op works with Evanston-based construction workers and investors to build these coach houses.

Co said the anticipated cost for building these structures is $250 per square foot, and the spaces are typically between 800- and 900-square feet. But the material is what makes the units sustainable and economically efficient, he said.

“The good building of a good wall is really the not-so-secret secret to an energy efficient, cost-reducing home,” Co said. “We know our house is 90 percent more energy efficient than the average house, just by being airtight and having a active ventilation system.”

Because of zoning regulations in Evanston, many people in the city are building bigger homes to maximize property value, said Sarah Flax, the city’s housing and grants division manager. This limits the city’s development of naturally occurring affordable housing, or rental properties maintaining low rents without a federal subsidy.

Partnering with EDC could provide residents with an alternative way of making living in Evanston more affordable, either by renting out the coach house or moving into the above-garage unit to adapt the main house into a coffee shop or art studio, Braithwaite said.

Communications senior Robbie Markus — the vice president and co-founder of EDC and a former Daily staffer — said the units EDC is proposing would fit into the artistic “character of the neighborhood.”

“Everyone in this room wants to build housing at the intersection of what this community needs and what residents are okay with, and that’s very difficult to find,” Markus said. “One of the few ways in our minds you can do that is by just creating one unit for a student or a police officer, or an elementary school teacher in the backyard of these single-family homes that are across our city.”