The Daily Northwestern • May 23, 2019 • https://dailynorthwestern.com/2019/05/23/campus/student-collective-celebrates-being-a-black-man-in-first-black-boy-joy-week/ 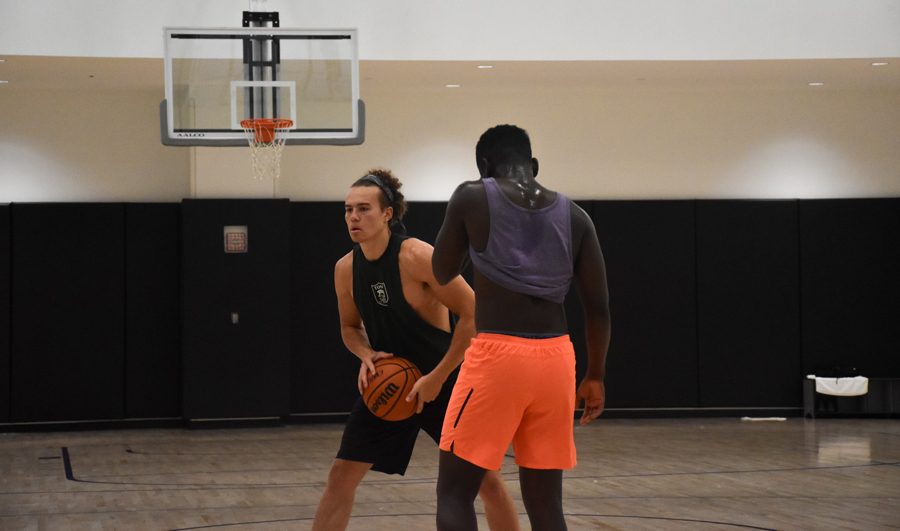 This week marks the first Black Boy Joy Week, a sequence of events celebrating happiness and fostering a fun environment for black men at Northwestern.

Organized by The Collective, a student group dedicated to exploring black masculinity, the inaugural venture contains several events including a self-care session, a screening of the show “Insecure,” basketball, a music listening party, a celebration of black hair and a community barbeque.

President of The Collective Caleb Holland said Black Boy Joy is just about “having a good time at the end of the year” before students are too stressed during finals. Playing basketball or listening to music may seem like “surface-level” activities, Holland said, but dedicating a week to only being happy is something that doesn’t happen enough.

“A lot of our programming in the black community is pretty identity-based,” the Weinberg sophomore said. “And blackness as an identity is a little rough. Our topics can usually be pretty heavy and pretty sad. So, we just want to make sure we did something that was happy, joyful, at least once. We’ll try to do it more in the coming years. ”

Formed three years ago, The Collective started as a group that met monthly and discussed issues ranging from music and language in hip-hop to black masculinity.

This year is the group’s first year during which it organized weekly meetings. These meetings are divided between facilitated dialogues, like navigating NU as a black man, and informal meetings, which include hanging out at the Black House or going as a collective unit to student organization events.

These weekly meetings are vital, Holland said, because black men as a whole “almost always” face oppression on a large scale.

McCormick sophomore Devon Dulan helped organize Black Boy Joy Week and said the events were a “positive way” to end the year. Dulan highlighted another aspect of the week, the Collective’s Instagram page, which features a daily post focusing on successful black male seniors at Northwestern.

“What we want to do with the highlights was to recognize them for their work, especially with this being their last couple of weeks here,” Dulan said. “And we are making sure that we were giving them recognition and showing them that ‘Hey, we see you, we appreciate you. And we want other people to know what you do.’”

The seniors represented so far on the Instagram page are Rick Wallace, Sam Donis, and Jamal Julien, who have been members of several organizations on campus including Alpha Mu fraternity, CaribNation and the National Society of Black Engineers.

Rafael Torres, a Weinberg first-year, attended Wednesday’s basketball event and said participating in Black Boy Joy Week was a fun way to bond with others. Part of what made the event great, he added, was its openness and acceptance of those who aren’t a part of the black community.

“It was a lot of fun and a good way to get some exercise and bond with the guys and build a greater sense of community,” Torres said.

A core message of Black Boy Joy, Dulan said, was that black men aren’t a “monolith” and being joyful is just one part of the spectrum of being a black man.

“A lot of times, when people think of black men, especially at Northwestern, there’s a stereotype or a general view that sometimes we can be mean or always serious,” Dulan said. “And I want this week to be a reflection of people just having fun, living care free and just pushing back against that and any kind of monolithic stereotype there is because being a black man doesn’t just look like one thing.”