The Daily Northwestern • May 19, 2019 • https://dailynorthwestern.com/2019/05/19/lateststories/alternative-student-breaks-to-discontinue-pre-orientation-program-after-2019/ 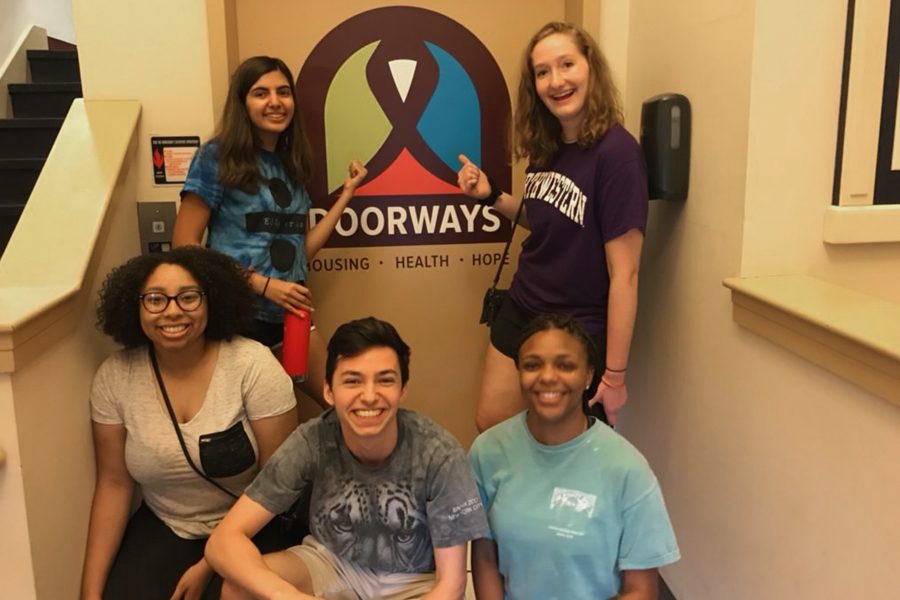 On a past ASB-POP trip in fall 2018, some incoming first-year and transfer students visited DOORWAYS, an organization that provides housing and other services to those affected by HIV/AIDS. However, ASB will no longer offer a pre-orientation program after 2019.

Alternative Student Breaks will discontinue its pre-orientation trip after the upcoming academic school year, according to Joshua McKenzie, director for first-year experience. In an email to The Daily, McKenzie said New Student and Family Programs was made aware of ASB’s decision to “scale back” during Winter Quarter. He noted that ASB did not share any prior concerns or information about the matter with NSFP.

“Looking at the interest of new students in the ASB-POP trip over the past 5 years, there has been a steady decline in interest,” said McKenzie. “NSFP did not have evidence to suggest [ASB] program directors weren’t making a sound decision.”

ASB is a student group that aims to educate participants about social issues through trips and events during the year. It offers service trips during winter and spring break alongside the POP trip for incoming freshmen and transfer students.

Because ASB operates as a student organization during the year, it was only partially connected to NSFP through its pre-orientation trip. The other pre-orientation programs like the Chicago Undergraduate Program and CATalyst exist fully under NSFP.

Since 2017, McKenzie said NSFP worked solely with the ASB-POP co-chairs in organizing and launching the trip and the recruitment, selection and training of facilitators. ASB’s winter and spring trips, and its events, remained independent.

Medill first-year Saira Singh participated in ASB-POP during fall 2018. She went to St. Louis and volunteered at DOORWAYS, an organization that provides housing and other services to those affected by HIV/AIDS. Singh said ASB-POP was “an incredible, positive experience.”

“After ASB-POP, I felt a great sense of comfort when I got to campus,” Singh said. “I had a family and we navigated the first few months of school together.”

“Most changes (NSFP) made were efficiency changes to support a more sustainable program,” McKenzie said. He noted that reducing the number of cities was in response to student feedback, allowing groups to be larger in size and to share resources.

Additionally, while former ASB-POP trips sent students to cities eight to ten hours away from Evanston, NSFP prompted co-chairs to explore cities within a three-to-four hour range. McKenzie said sending students to cities closer to NU would make “all groups more accessible from campus if a situation would have arisen with incoming students.” ASB-POP co-chairs were also given a stipend, whereas in previous years, they were not paid.

“I’m really appalled ASB-POP is getting canceled,” Schatsky said. “It was an extremely essential part of my freshman year. I met my best friends on the trip.”

McKenzie said The Outdoor Pre-Orientation Program Working Group has been meeting this year to determine next steps for PWild. Their final recommendations will be submitted in October 2019, and McKenzie said their recommendations could include a PWild trip as early as 2020. As for the Chicago Undergraduate Program and CATalyst, McKenzie said he “does not know of any large-scale changes being made exclusively to the trips.”

McKenzie said there are 38 students who are registered to participate in ASB-POP during fall 2019, which to his understanding, is the final trip. The students will be divided into 6 small groups and they will participate in service learning across Chicago, South Bend, Indiana and Madison, Wisconsin.

“The current ASB-POP co-chairs have done so much work to put together a trip that will be impactful,” McKenzie said. “It truly shows care and compassion for the experience of the incoming students.”