The Daily Northwestern • May 17, 2019 • https://dailynorthwestern.com/2019/05/17/city/evanston-supports-underserved-pockets-of-mental-health-services/ 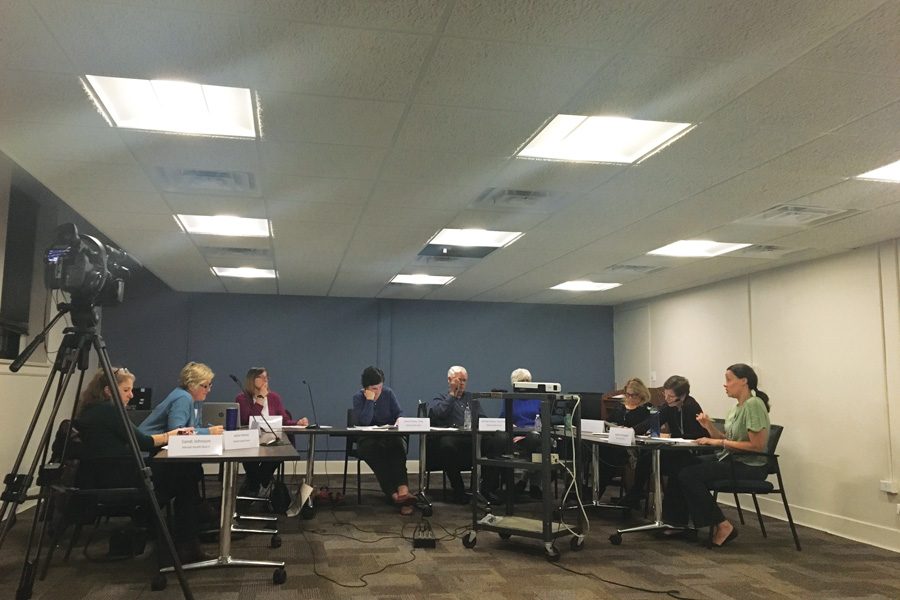 Evanston’s Mental Health Board in November 2018. The board tries to allocate funds toward areas that people do not typically consider as being connected to mental health issues.

May is Mental Health Month, and through public services, Evanston is working to address mental health issues in areas often not considered.

In the city’s 2019 budget, the Mental Health Board allocated over $736,000 to more than 20 different programs, with grants ranging from $7,000 to $88,000. These programs address issues ranging from poverty to childcare needs to the lack of legal resources for youth.

Jessica Wingader, the city staffer on the board, said the services funded are not traditionally thought of as mental health programs. That’s because mental health is a much more pervasive issue than some believe, she said.

One area the board has tried to focus more on is poverty. Wingader said low-income residents are more likely to struggle with mental health issues and often lack the resources to address them.

“It is not just mental health organizations but organizations that provide a whole gamut of services that the city funds,” Wingader said. “They are critical to the health of the residents.”

The board gave almost $40,000 to the James B. Moran Center for Youth Advocacy, which supports Evanston youth in tough legal situations.

Putting a child through the criminal justice system can result in trauma, which is a huge cause of mental health issues, said Patrick Keenan-Devlin, executive director and juvenile justice attorney at Moran.

“National data, state data, local data all reflect that our criminal justice system is overburdened with men and women and children who have mental health issues,” Keenan-Devlin said.

There are currently no strong systems in place to deal with that trauma, he said.

“In this country, we don’t have a number to call when an individual is experiencing a mental health crisis,” said Keenan-Devlin. “The only number we have to call in any case is 911, and they have limited tools to respond to the crisis, specifically mental health ones.”

Very few clinicians are trained in early childhood development, Teske said. She said they have been working on tackling this issue, yet there is a small amount of support in this area.

“We believe that the earlier we can support families, the higher likelihood they will be successful in life,” she said.