39 Days Later: A reflection on the finale of “Survivor: Edge of Extinction” 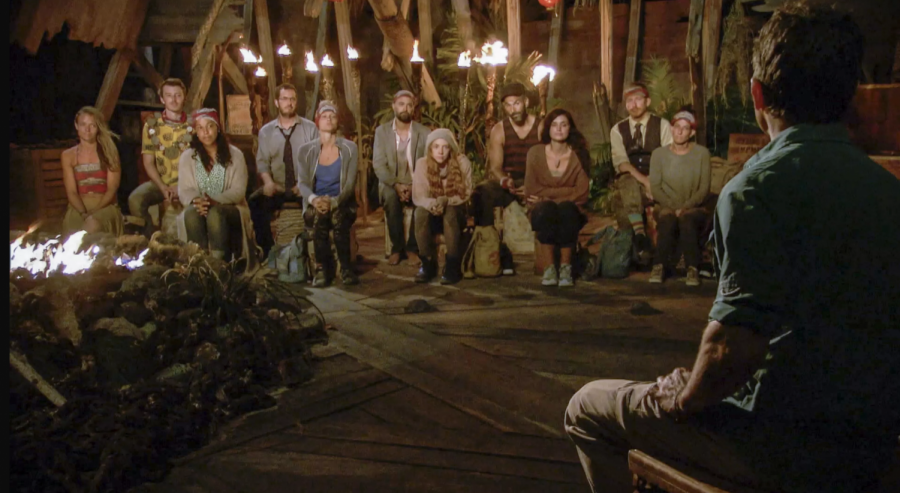 After the “Survivor: Edge of Extinction” season finale, two Daily staffers weigh in on the season.

Jonah Dylan: Troy, as two of the resident Survivor experts at The Daily, I think we need to weigh in on that insane finale. Chris won despite not actually playing Survivor, so next season I guess we’ll just skip the 10 episodes before the finale since it doesn’t matter anyway? As you can see, I was very disappointed with how the season ended, but I can see how others look at it as part of the natural evolution of the game. What’s your take on Chris’ win?

Troy Closson: So first of all, Lauren deserved to win this season more than anyone else. She was consistently the most perceptive and strategic player on the island, and called nearly every vote before it happened. But there was only one person she couldn’t see through: Chris. Chris’ win wouldn’t sit well with me in another season, but he was able to get the best player in the game to play an idol for him and made the most of every day he had. But I’m assuming you feel differently?

Dylan: I do agree that Chris played a near-perfect game from the time he got back in, even if his decision to give up immunity to make fire against Devens wasn’t all that shocking to me. He wasn’t really risking anything, because if he didn’t do it, he would’ve almost guaranteed himself no shot at winning. So yes, he did everything he could, but let’s not forget he didn’t play a good social game at first, and he used the Edge of Extinction as a shield. If he’d been in the game longer, his social game would’ve surely failed him. The final decision came down to Chris and Gavin, but it was really about the game of Survivor and what it means to win. It begs the question: Is not getting your name written down a single time something to be proud of?

Closson: If you didn’t get your name written down because you played like JT and your social game was spotless, then congratulations. But that wasn’t Gavin. It’s still an accomplishment, but part of it was definitely that no one viewed Gavin as a major threat. I’m a huge big moves guy, Gavin made absolutely none. At the end of the day, his resume just wasn’t impressive enough in 39 days against Chris’ in less than half of that time. But speaking of big moves, let’s talk about the flashiest player of the game: Devens. How do you feel about his game, after watching him get destroyed in the fire making challenge?

Dylan: Ok, hear me out: Rick Devens is one of the greatest Survivor players of all time. To qualify as an all-time great, you have to be a multi-dimensional player, and Devens was just that. He found an idol almost every time it was there and played them perfectly. He was one of the most entertaining players I’ve ever seen at tribal council, and he pulled things out of nowhere on multiple occasions. Remember the tribal where he played Ron’s fake idol only to pull out a real one? His best move, though, was during the Julia vote. He engineered one of the crazier tribals of all time, where the vote literally changed seconds before it happened. He wasn’t a perfect player — he screwed up right after the merge, and he fell just short in his final test — but that’s what makes him great. Take a bow, Rick Devens. You deserve it.

Closson: You’ve got to be kidding me. I can’t think of a more annoying, obnoxious, overrated player in the history of Survivor. Everything Rick did was a show. I’ll give him the Julia vote, that was impressive. Aside from that, the only way Rick survived each week was through finding idols — which isn’t an accomplishment at all. You talked about Rick’s fake idols, but you know who called that they were fake? Lauren. Sure, passing out from working so hard during an immunity challenge isn’t as entertaining. But Lauren fought harder than anyone else out there and did it all while eating like half a scoop of rice a day. Devens? He just cracked jokes and took credit for moves that weren’t his. In other words, one of the weakest players this season — and his vote out showed that.

Dylan: Sure, Lauren was great — at riding Kelley’s coattails. She didn’t start playing the game until after Kelley got voted out, but she did take control right before she got voted out, so I’ll give her credit for that. Speaking of Kelley, when we got a look at her and other members of the jury, I felt like there were a lot of really good players up there. David and Aubry are solid Survivor vets who have gone deep into the game. Wardog promised chaos and actually made a couple huge moves in the game. Victoria was one of the most underrated Survivor players in recent memory. And Joe was Joe. Aside from the finale, how’d you feel about the season as a whole?

Closson: I have mixed feelings. I’m a huge fan of Kelley, David and Aubry, so seeing them back was great. But aside from them, I could never really connect with any of the other players. Victoria wasn’t underrated in my opinion, she was a floater. Wardog delivered chaos, but seemed like a wannabe Tony. Aurora, Julia, Julie — and almost everyone else on the cast — had no strong personality traits. There just wasn’t compelling people on this season, and that made the Edge of Extinction twist worse because who wants to see boring people sit around all day. That being said, Reem was the star of the season in my opinion. Hilarious, strong-willed and robbed. She saved the show. Without her, I honestly might’ve stopped watching.

Dylan: This season showed us the paradigm of the current state of Survivor. The twists have started to take more and more control of the game, and it leaves me missing the old seasons. I like bringing back old players once in a while, but we don’t need secret twists to keep us entertained. We watch because we love the game, and we love watching different people try to deal with the same situation. But alas, next season it looks like we’re heading for another sort of twist, with a couple legends returning to mentor new players. It’s been 38 seasons. I just hope the game looks the same after 38 more.