The Daily Northwestern • May 15, 2019 • https://dailynorthwestern.com/2019/05/15/city/newly-reopened-gyros-planet-hopes-to-build-community-through-food/ 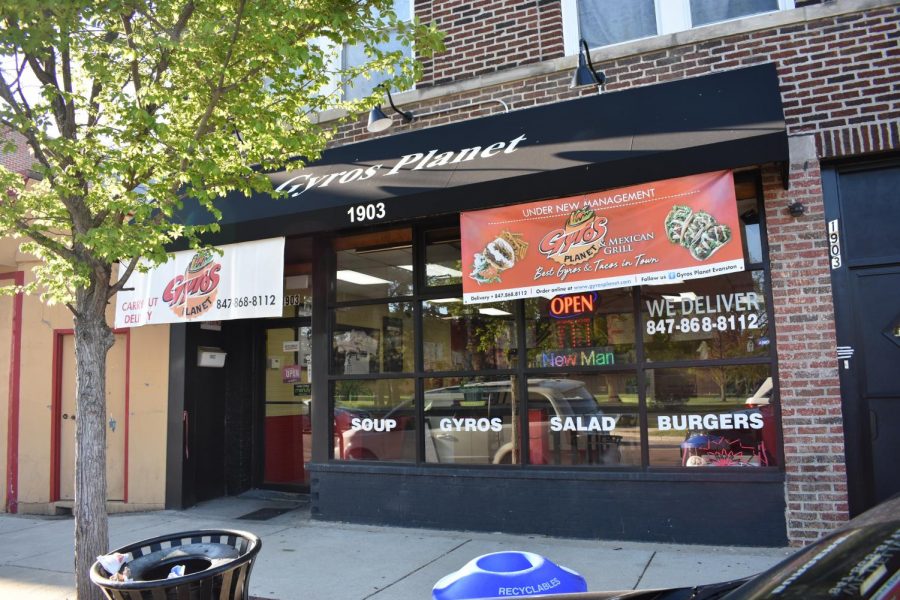 Gyros Planet, 1903 Church St. After owners Erika Castro and Pablo Sanchez made the tough decision to close, an outpour of support from the community.

The first thing Erika Castro Sanchez and Pablo Sanchez had to do when they bought Gyros Planet last month was learn how to make gyros.

The husband and wife reopened the restaurant, located at 1903 Church St., in April after it was put up for sale by its previous owner. Castro Sanchez said her husband had always been a good cook but resisted the idea of opening their own place. But when the couple was looking for jobs in the area and the restaurant’s sale listing popped up, they decided “to go for it.”

“This is everything that we have,” Castro Sanchez said. “We are putting everything here, our dreams, our passions.”

Castro Sanchez immigrated to the U.S. from Colombia and her husband immigrated from Guatemala. In addition to the restaurant’s original menu, Sanchez has incorporated recipes he learned from his mother — including tacos al pastor and rice and beans.

The diverse menu is meant to reflect and serve the multicultural community the in which restaurant exists, Castro Sanchez said. Additionally, she said they wanted to keep prices affordable so everyone feels welcome.

“It’s not just making money, it’s making something special for people that come and they feel welcomed,” Castro Sanchez said. “It’s not just the food.”

Castro Sanchez said she and her husband hope to foster community through the restaurant. She said she loves when Evanston Township High School students flood in after school ends and that the restaurant has already started building a list of regulars.

She attributes part of their success to the community members who have helped spread the word of their new business, including members from St. Nicholas Church and Ald. Robin Rue Simmons (5th).

“I was so grateful for their thoughtful and community-minded model and I wanted to give them all the support they need,” Rue Simmons said. “This is the type of hardworking family that I want all of Evanston to know exists.”

Rue Simmons recalled a time when she called the restaurant and Castro Sanchez took her order, helped make the food and delivered it as well. She said the family is an important addition to the business community in Evanston.

Part of the restaurant’s mission is to help foster the same community that has helped them grow, Castro Sanchez said. In the future, the couple hopes to hire people from the community in an effort to give back.

In the meanwhile, the couple is the restaurant’s only staff — aside from occasional assistance from their three children. Sanchez said it’s difficult to run a business six days a week all by themselves, but that they are motivated by their kids.

“In the end I know we are doing something good for us, for our family and for the community,” he said.