The Daily Northwestern • May 15, 2019 • https://dailynorthwestern.com/2019/05/15/ae/88th-annual-waa-mu-show-inspired-by-new-york-times-obituary-series-on-overlooked-women/ 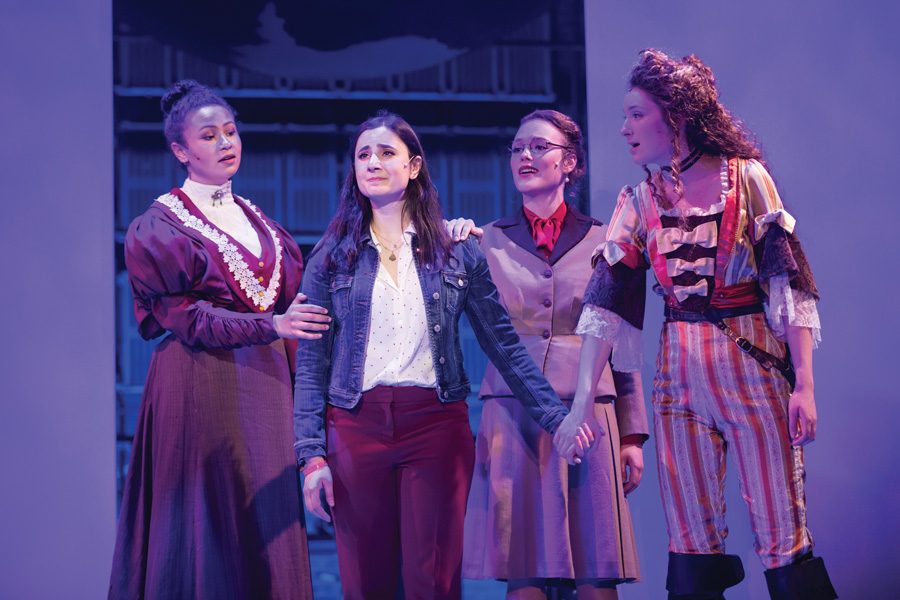 No one speaks ill of the dead — especially those who were never spoken about. But after New York Times editor Amisha “Amy” Padnani joined the obituary desk at the prestigious paper, she decided to shine a spotlight on the stories that were being kept in the dark.

“For The Record,” the 88th annual Waa-Mu show, explores these unheard voices, which is based on Padnani’s series “Overlooked.” To continue the dialogue the show creates, Padnani participated in a talkback after last Thursday’s production — a unique experience for most theatergoers.

The musical tracks a young journalist researching historical women who did not receive an obituary from her publication. It draws directly from Padnani’s series, which was intended to give attention to women and people of color who were not granted an obituary by the New York Times. Padnani said she had been thinking about the project since 2017, when she joined the newspaper’s obituary desk.

“I thought, ‘I’m a woman of color, I’m a journalist, I really ought to do something to help advance this conversation,’” Padnani said.

Padnani noted the response from readers was overwhelming, but after publication, some staff members still weren’t sold. Although her boss had only been running obits for 12 years, and according to Padnani, “can’t be blamed for 168 years of bigotry,” he was still fearful the problem she addressed would appear to be his fault.

“They felt it was self-flagellation of the New York Times,” Padnani said.

Similarly to Padnani, the Waa-Mu show also decided to face its own problems, and has worked to diversify this year’s production team.

Communication Prof. Stephen Schellhardt directed the musical and said there was an emphasis placed on inclusivity even before the show was written. There were equal numbers of male and female writers, and he brought Chicago-based director and choreographer Amanda Tanguay on as assistant director and choreography mentor to make sure several voices shaped the show.

“I think that’s why the show is so strong, because without their voices it would feel odd,” Schellhardt said. “When you have a collaborative and positive process with women’s voices, men’s voices, a diverse group of voices in the room, the product is better.”

Tanguay said the show married her two favorite interests: history and musical theater. She noted the show feels “very timely and 2019,” adding that she finds musical theater and journalism alike because they both record current events for present and future audiences.

“It’s really important to show women accomplishing great things because it inspires younger generations to do the same,” Tanguay said. “It also inspires allies to highlight these achievements of women and support women in leadership roles.”

Issa discussed how the female representation in rehearsals made a difference. This is the first Waa-Mu show she has been in with a female assistant director, and Issa said having a woman in the room meant a lot to her. She added there were more women involved in Waa-Mu this year — from leadership roles to orchestra members — than ever before.

“There’s a new generation of amazing players and writers who are just going to own Waa-Mu, which is awesome,” Issa said.

All involved agreed they felt nervous when Padnani came to visit. Issa said she felt she was the most nervous of the actors, while Schellhardt and Tanguay said they experienced a multitude of emotions including excitement, nerves and pride in what they created.

For Padnani, the experience was humbling.

“It was really such an honor,” Padnani said. “It was a lot of fun, it was very meaningful. It was inspiring for me too.”